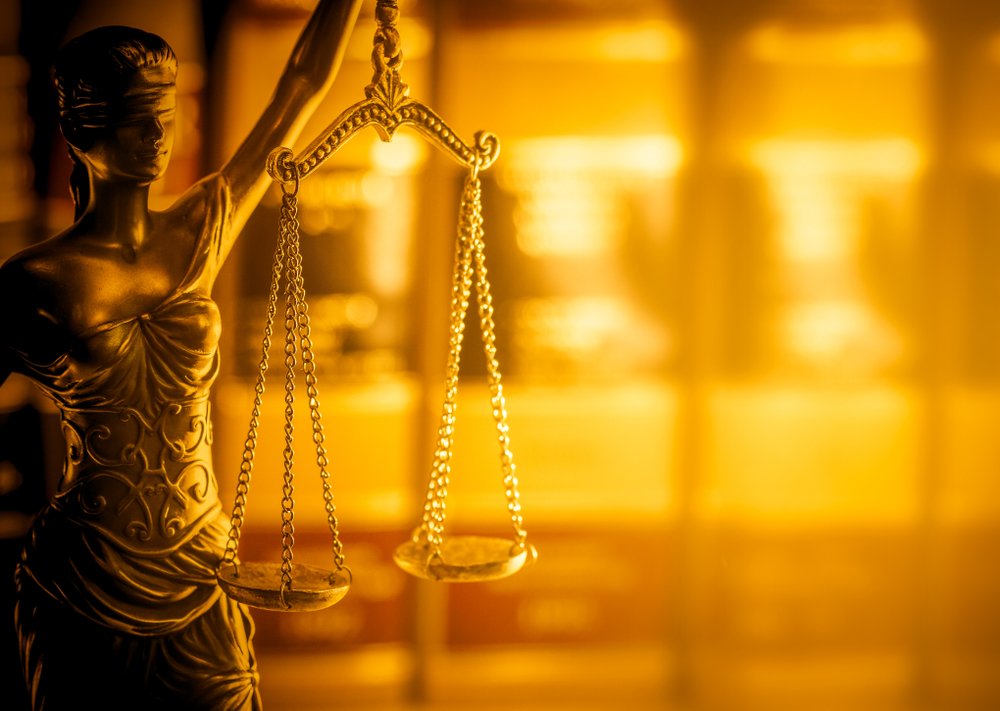 Congress designed domestic international sales corporations (“DISC”) to incentivize companies to export their goods by deferring and lowering their taxes on export income. Here is how the tax incentive work; The exporter avoids corporate income tax by paying the DISC “commissions” of up to 4 percent or 50 percent of net income from qualified exports. The DISC pays no tax on its commission income (up to $10,000,000), and may hold onto the money indefinitely, though the DISC shareholders must pay annual interest on the shares of the deferred tax liability. See IRC Section 995(f). Once the DISC has assets at its disposal, it can invest them, including through low-interest loans to the export company. See 26 C.F.R. Section 1.993-4. Money and other assets in the DISC may exit the company as dividends to shareholders. The Internal Revenue Code taxes dividends paid to individuals at the qualified dividend rate, which is typically lower than the corporate income rate that otherwise would apply to the company’s export revenue. A DISC’s shareholders often will be the same individuals who own the export company. In those cases, the net effect of the DISC is to transfer export revenue to the export company’s shareholders as a dividend without taxing it first as corporate income.

Congress has made it clear that corporations and other entities, including Individual Retirement Accounts (“IRAs”), may own shares in DISCs. See IRC Sections 246(d); 995(g). A corporation that owns DISC shares still has to pay the full corporate income tax on dividends, which cancels out any tax savings. See IRC Section 246(d). For a time, tax-exempt entities like IRAs paid nothing on DISC dividends, which enabled export companies to shield active business income from taxation by assigning DISC stock to controlled tax-exempt entities line pensions and profit sharing plans. But Congress closed this gap by requiring tax-exempt entities to pay an unrelated business income tax, set at the same rate as the corporate income tax, on DISC dividends. See IRC Sections 511, 995(g).

With Section 995(g), congress made it less attractive for a traditional IRA to own shares in a DISC. Investment earnings (including dividends) generally accumulate tax-free in IRAs. See IRC Section 408(e)(1). But DISC dividends are subject to the high unrelated business income tax when they go into an IRA and, like all withdrawals from a traditional IRA, are subject to income tax when money is withdrawn. The same considerations do not apply to the Roth IRA. With traditional IRAs, savers deduct contributions and pay income tax on withdrawals, including accrued gains in their accounts. Roth IRAs work in the other direction: Savers do not deduct their contributions from pre-tax income, but they take withdrawals, including accrued gains, tax free. See IRC Section 408A(c)(1), (d)(1).

At this point, one can begin to see why the owner of a Roth IRA might add shares of a DISC to his or her account. The owner of a closely held export company could transfer money from the company to the DISC, as the statute encourages, and pay some (or all) of that money as a dividend to its shareholders, allowing the money to enter the Roth IRA and grow there. The IRA account holder, it is true, would have to pay the high unrelated business income tax when the DISC dividends go into the IRA. But once the Roth IRA receives the money, the account holder could invest it freely without having to pay capital gains taxes on increases in the value of each share or income taxes on the dividend received- just like other Roth IRA owners who buy shares of stock in companies that generate considerable dividends and rapid growth in share value. As with all Roth IRAs, the owner will have to pay any individual income or capital gains taxes when the assets leave the account after he or she hits the requisite retirement age.

In Summa Holdings, Inc. v. Commissioner, 848 F.3d 779 (6th Cir. 2017), the Sixth Circuit reversed the United States Tax Court and upheld the taxpayers’ position that a series of commission payments to a DISC, which were part of a larger series of transactions involving Roth IRAs and DISCs that had the effect of contributions well in excess of Roth IRA statutory contribution limits, were proper and within legislative intent.

The facts of Summa Holdings, Inc are as follows: Summa Holdings is the parent corporation of a group of companies that manufacture a variety of industrial products. Its two largest shareholders are James Benenson, Jr. (who owned 23.18% of the company in 2008) and James Benenson III and Clement Benenson Trust (which owned 76.05% of the company in 2008). James Bensenson, Jr. and his wife serve as the trustees, and their children, James III and Clement, are beneficiaries of the Trust.

In 2001, James III and Clement each established a Roth IRA and contributed $3,500 apiece. Just weeks after the Benensons set up their accounts, each Roth IRA paid $1,500 for 1,500 shares of stock in JC Export, a newly formed DISC. To prevent the Roth IRAs from incurring any tax-reporting or shareholder obligations by owning JC Export directly, the Benensons formed another corporation, JC Holding, which purchased the shares of JC Export from the Roth IRAs. From January 31, 2002 to December 31, 2008, each Roth IRA owned a 50 percent share of JC Holding, which was the sole owner of JC Export.

With this chain of ownership in place, the family, trust, and company saved significant sums of money in taxes. Summa Holdings paid commissions to JC Export, which distributed the money to JC holding, its sole shareholder. JC Holdings paid a 33% income tax on the dividends, then distributed the balance as a dividend to its shareholders, the Benensons’ two Roth IRAs from 2002 to 2008, the Benensons transferred $5,182,314 from Summa Holdings to the Roth IRA in this way, including $1,477,028 in 2008. By 2008, each Roth IRA had accumulated over $3 million.

The Internal Revenue Service (“IRS”) audited the Benensons’ transaction and eventually issued Notices of Deficiency to Summa Holdings, the Benensons, and the Benenson Trust for the 2008 tax year but did not do so for the earlier tax years. In the Notices of Deficiency, the IRS informed Summa Holdings that it would apply the “substance-over-form” doctrine and reclassify the payments to JC Export as dividends from Summa Holdings to its major shareholders. As recast, the transfer did not count as commissions from Summa Holdings to JC Export. This would mean that Summa Holdings would have to pay income tax on the DISC commissions it deducted and JC Holdings would obtain a refund for the corporate income tax it had paid on its dividends from JC Export. In addition, the commissions would become dividends to Benenson Jr. and the Trust. The IRS took the position that each Roth IRA received a contribution of $1,119,503. Finally, since James III and Clement both made over $500,000 in 2008, they were not eligible to contribute anything to their Roth IRAs. The IRS imposed a six-percent excise tax penalty on the contribution under Internal Revenue Code Section 4973. The IRS also imposed a $56,182 accuracy-related penalty on Summa Holdings under Section 6662 of the Internal Revenue Code.

The Benensons were fortunate. The retained the counsel of competent tax attorneys who meticulously planned the aforementioned transaction to the letter of the law. Thus, the IRS’s only argument to set aside the DISC to Roth IRA transactions was through a “substance-over-form doctrine” argument. Internal Revenue Code Section 7701(o) defines the “substance-over-form doctrine.” Section 7701(o) denies the otherwise available federal tax benefits of any transaction to which the economic substance doctrine is “relevant,” unless apart from such benefits there is both a “substantial purpose” for entering into the transaction and a “meaningful change” in the taxpayer’s “economic position.”

The Tax Court agreed with the IRS’s “substance-over-form doctrine” argument. Fortunately for the Benenson family, not only did they hire competent tax planning attorneys, the Benenson family also retained very good tax litigation counsel. The Sixth Circuit Court of Appeals overturned the Tax Court’s decision and ruled in favor of the Benensons. The Court of Appeals dismissed the IRS’s “substance-over-form doctrine” argument by stating that the doctrine applied only when the taxpayer’s formal characterization of a transaction fails to capture economic reality and would distort the meaning of the Code in the process. That was not the case here. Although, Summa Holdings may have enjoyed tax benefits that were “unintended by both the Roth IRA and DISC provisions,” the substance-over-form doctrine does not give the IRS a warrant to search through the Internal Revenue Code and correct whatever oversights Congress happens to make make or redo any missteps the legislature happens to take.
Congress created the DISC and empowered it to engage in purely formal transitions for the purposes of lowering taxes. And Congress established Roth IRAs and their authority to own shares in corporations (including DISCs) for the purposes of lowering taxes. The fact that these laws allow taxpayers to sidestep the Roth IRA contribution limits may be an unintended consequence of Congress’s legislative actions is not relevant. The Benensons were making the most of the tax-minimizing opportunities Congress created – regardless of Congressional intent.

As it turns out, the IRS does broad sweeping authority to redo policy missteps of Congress through the “substance-over-form” doctrine and the plan devised by the Benensons’ tax attorneys of adding shares of a DISC to a Roth IRA in excess of the statutory limits was an extremely clever move.

Anyone considering a complex tax strategy to minimize U.S. taxes must consult with a competent tax attorney. Many tax strategies involve the use of both domestic and international tax provisions of the Internal Revenue Code and its regulations. Thus, it is very important to select a tax attorney that is well versed in both domestic tax and international tax. We have assisted many clients with tax planning needs and when necessary, we vigorously represent our clients in court.