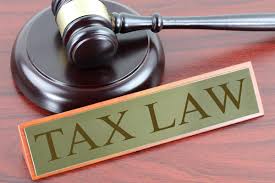 Internal Revenue Code Section 965 imposes a one-time transition tax on a U.S. shareholder share of deferred foreign income of certain foreign corporations (“accumulated deferred foreign income” or ADFI”). For this purpose, a U.S. shareholder is a U.S. person who directly, indirectly, or constructively owns at least 10 percent of either the total combined voting power or total value of a foreign corporation’s stock. Section 965 accomplishes the transition tax by increasing the subpart F income of each specified foreign corporation in the SFC’s last taxable year that began before January 1, 2018 by the greater of the SFC’s ADFI measured in functional currency as of November 2, 2017 or December 31, 2017.

The IRS did not issue guidance in regards to making a Section 965 inclusion until just before the deadline for the filing of 2017 tax returns. This resulted in many taxpayers and their representatives overpaying the 965 tax inclusion. In some cases, these overpayments were significant. As a result, a number of taxpayers and their representatives have demanded that the Internal Revenue Service (“IRS”) refund the overpayment of these taxes. In March, April, and June of 2018, the IRS published and updated on IRS.gov a list of questions and answers (Q&As) relating to Internal Revenue Code Section 965. Question 14 of the Q&As addresses whether taxpayers making an election under Section 965(h) could receive refunds of any 2017 payments or estimated tax payments that exceed the sum of their 2017 net income tax liability described under Section 965(h)(6)(A)(ii), which is the taxpayer’s net income tax liability determined without regard to Section 965, plus the taxpayer’s first annual installments pursuant to an election under Section 965(h) due in 2018. Answer 14 states that taxpayers are not eligible for a refund of this amount unless and until the amount of payments exceeds the entire unpaid 2017 income tax liability, including all amounts to be paid in installments under Section 965(h) in subsequent years. Answer 14 further provides that any excess amount paid would instead be applied to the “next successive annual installment (due in 2019), and to the extent such excess exceeds the amount of that installment due, then to the next such successive annual installment (due in 2020), etc.” Many taxpayers have demanded an answer from the IRS as to why it is refusing to return overpayments of Section 965 inclusions. Below, please find the reason as to why the IRS has refused to refund overpayments of Section 965 inclusions. See Office of Chief Counsel Internal Revenue Service Memorandum CC:PA:04:TWCurteman

Overpayments are payments that exceed the amount property due. An overpayment is not created just because a taxpayer remits more than a part of a liability immediately due when a taxpayer makes an election to pay an otherwise property due liability in installments. Estate of Bell v. Commissioner, 928 F.2d 901, 903-04 (9th Cir. 1991)(a taxpayer is not entitled to a refund of amounts of an estate tax liability for which the taxpayer elected to defer payments under Section 6166, despite the taxpayer having remitted an amount in excess of the tax liability installments then due). The amount of income tax properly due for the 2017 tax period is the entire income tax liability for that period, even though a taxpayer may have the ability to elect to pay that liability in installments. See Lewis v. Reynolds, 284 U.S. 281, 283 (1932)(for tax year’s liability, “[a]n overpayment must appear before refund is authorized”); Estate of Bell, 928 F.2d at 903-04.

Any taxpayer that overpaid a Section 965 inclusion must satisfy the entire one-time transition tax. Once the transition tax is satisfied in full, the taxpayer must file an administrative claim for refund with the IRS in order to be eligible for a refund. The refund claim must be submitted to the IRS on either an IRS Form 1040X or IRS Form 1120X. The administrative claim for refund must state the reason for the refund and the claim must clearly state the amount of taxes overpaid. Taxpayers requesting a refund claim should file the administrative refund claim no later than two years from the date of the first installment payment or risk forfeiting some or all of the overpayment of the 965 taxes paid to the IRS. Many taxpayers made their first installment of Section 965 taxes in April of 2018. Taxpayers that elected to make a 965 inclusion should consult with an international attorney well versed in 965 computations to determine if they may have overpaid these taxes and if they may qualify for a refund.