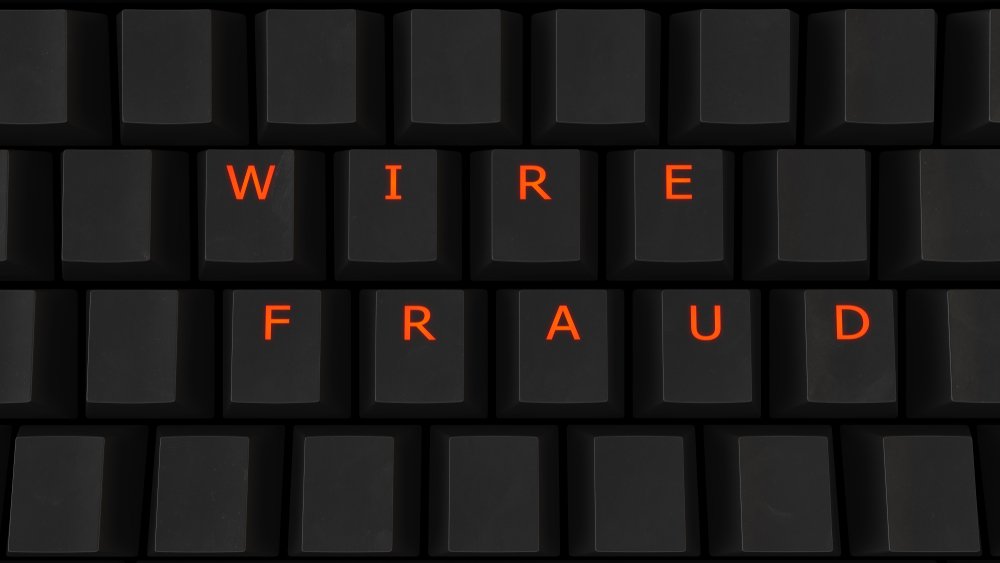 Actress Lori Loughlin has been indicted on fraud and money laundering charges by a federal grand jury for their alleged roles in a college admission scandal. Federal prosecutors ultimately filed a superseding indictment against Loughlin alleging that she conspired to commit mail and wire fraud, honest services mail and wire fraud, and money laundering. According to the indictment Loughlin knowingly laundered bribes through charities and corporations set up by William “Rick” Singer, from outside the United States, for the purpose of promoting a fraudulent scheme.

In particular, prosecutors allege that Loughlin paid Singer approximately $500,000 to get her daughters admitted to University of Southern California (“USC”) as crew recruits, even though neither daughter had previously rowed as crew. Prosecutors claim that Loughlin made payments to Key Worldwide Foundation, a non-profit organization operated by Singer. In their indictment, prosecutors state in November 2018, Singer called Loughlin to tell her that his non-profit was being audited by the IRS and Loughlin’s payments to the non-profit were under scrutiny. The criminal indictment filed by prosecutors claim that Singer told Loughlin of the following:

“So I just want to make sure that you know that, one, that you’re probably going to get a call and that I have not told them anything about the girls going through the side door, through crew, even though they didn’t do crew to get into USC,” Singer told Loughlin, So I-that is- all I told them was that you guys made a donation to our foundation to held underserved kids.”

One of the criminal statutes that Loughlin is being prosecuted under is 18 U.S.C. Section 1346.  Section 1346 makes it a felony to use of mail or wire fraud for failing to deliver “honest services.” Although Section 1346 is probably one of the most misunderstood criminal statutes on the books, it is a powerful prosecutorial weapon because a conviction for honest services fraud can result in a lengthy prison sentence. Federal prosecutors take honest services fraud cases very seriously. Some time ago, my partner and I defended a buyer for a large grocery store chain in such case. The buyer was accused of accepting a kickback (of an amount significantly less than $500,000) from a vendor in exchange for favorable placement of the vendor’s products. Federal prosecutors charged the buyer with mail or wire fraud for failing to deliver honest services and sought a lengthy prison sentence. Fortunately, the buyer never saw the inside of a prison. It is too early to speculate whether or Loughlin will be as fortunate. But, given the amount of the alleged bribe which was paid USC, Loughlin’s lawyers will have their work cut out for them.

Loughlin’s lawyers may attempt to attack Section 1346 on vagueness grounds and that Loughlin does not own a fiduciary duty to the public. In order to understand Loughlin’s potential defense to a charge of honest services wire fraud, I will begin this article with a discussion of an explanation of 18 U.S.C. Section 1346 and Supreme Court cases which define the crime of honest services mail or wire fraud.

Honest services fraud began as an out-growth of 18 U.S.C. Section 1341 and 1343 which criminalized the use of the mails or wires to execute a “scheme or artifice to defraud, or obtain money or property by means of falsity or pretense, representation, or promise.” These statutes had their origin in the mail fraud statute of 1872. The mail fraud statute of 1872 may be regarded as the beginning of what is now referred to as white collar criminal law. The core prohibition in the statute, first amended in 1909, punishes ‘any scheme or artifice to defraud, or for obtaining money or property by means of false or fraudulent pretenses, representations, or promises.” See 18 U.S.C. Section 1341.

Beginning in the 1940s, federal courts developed a theory embracing generalized intangible losses for criminal law purposes. According to the United States Supreme Court in Shushan v. United States, 117 F.2d 110, 113 (5th Cir. 1941) and Skilling v. United States, 130 S. Ct. 2896 (2010) the doctrine began by affirming the mail fraud prosecution of a public official who allegedly accepted bribes from entrepreneurs in exchange for urging city action beneficial to the bribe payers. The Supreme Court in Shushan established the theory that the mail fraud statute covers a scheme to defraud the public. The “loss” sustained by the public need not be monetary but instead an intangible right to the honest favorable services.

The current honest services fraud statute is a direct response to the United States Supreme Court’s decision in McNally v. United States, 483 U.S. 350 (1987). In McNally, the Supreme Court reversed the mail fraud conviction of a Kentucky state official who had taken part in a kickback scheme. The Supreme Court held that the mail fraud statute is limited to schemes to deprive people of money or property; it does not extend to a scheme to deprive the public of the honest services of a public official. Congress sought to overturn McNally by enacting 18 U.S.C. Section 1346 as part of the Drug Abuse Act. It has been called the “stealth bill” due to the fact that the law was never referred to any committee of either the House or the Senate, and never subject to any floor debate.

Federal prosecutors have used the honest services fraud statute in both public and private corruption cases under the theory that just as politicians owe a duty of honesty to their constituents so employees owe a duty of honesty to their employers. There are a number of cases in which misuse of public office for private gain was prosecuted as a fraud under Section 1346, including, for example a case was brought against former Illinois Governor Rod Blagojevich.

Federal prosecutors have taken it a step further and charged honest service fraud when an employee breached a duty owed to his employer. For example, in June 2008, an individual pleaded guilty to bribing a manufacturing company to hire the defendant’s freight forwarding business. See United States v. Granizo, CR 08-377 (E.D. N.Y. 2008). In December 2008, a processed tomato products broker who bribed purchasing agents who bought from him were prosecuted using honest services fraud as one of the predicate offenses. See United States v. Rahal, No. 2-08-CR-566 (E.D. CA 2008). Finally, a number of Home Depot employees received prison sentences for directing business to vendors who paid them kickbacks. See United States v. Tesvich, No. 1:08-CR-201 (N.D. GA 2008). In each of these above examples, an employee breached a duty to an employer by participating in a bribery or kickback scheme that deprived the employer of the benefits of competition among its suppliers.

It was not until Skilling that the United States Supreme Court attempted to clarify the honest services doctrine. Jeffrey Skilling was the former Chief Executive Officer of Enron, of an energy commodities company known as Enron, from February until August 2001. Approximately four months later Enron filed for bankruptcy causing its shares to become virtually worthless. Skilling was charged with engaging in a scheme to deceive investors about Enron’s true finances by manipulating its publicly reported financial results and making false and misleading statements about Enron’s financial performance. Count One of the indictment charged Skilling with conspiracy to commit honest services wire fraud by depriving Enron and its shareholders of the intangible right to his honest services. Skilling was ultimately convicted on the honest services fraud charge. Skilling appealed the honest services wire fraud charge to the Supreme Court on grounds the statute was vague.

As to Skillings conduct, the Supreme Court noted that the Government did not, at any time, allege that Skilling solicited, accepted, or offered payments to or from a third party in exchange for making misrepresentations. Therefore, he did not commit honest services fraud. In sum, in post Skilling times, a charge under Section 1346 requires that the defendant have a fiduciary duty, and a scheme to defraud of honest services is limited to bribery and kickback schemes.

The First Circuit Court of appeals analyzed fiduciary duty in an honest services case after Skilling in United States v. Urciuoli, 613 F.3d (1st Cir. 2010). Urciuoli, the Chief Executive of a medical center in Rhode Island, employed John Celona, then a Rhode Island state senator, to market a nursing home Urciuoli’s medical center owned. But, in substance, the Senator was employed to use his office on behalf of the medical center to support or oppose bills and influence major insurance companies. Urciuoli was convicted of multiple honest services fraud counts, including undisclosed conflict of interest and bribery. He appealed, and a new trial was ordered. On retrial, the prosecution excluded any mention of conflict of interest, and he was again convicted. Urciuoli appealed again and, relying on language from Skilling, argued that as a private citizen he owned no fiduciary duty to the public and therefore the honest services charge could not stand. The court held that nothing in Skilling’s language or context suggests that the Supreme Court was distinguishing between the fiduciary who received the bribe and the non-fiduciary who gave it. The court upheld the conviction.

Does Loughlin Have a Defense to the Honest Services Fraud Statute

I could not locate any reported cases on point which addresses whether a bribe to gain admission to a university reaches serious capable conduct for purposes honest services fraud. Skilling did not define the precise scope of bribery encompassed by statute, but noted that the “prosecution on bribes and kickbacks draws content not only from pre- McNally case law, but also from federal statutes proscribing and defining similar crimes, [such as] 18 U.S.C. Sections 201(b), 666(a)(2); 41 U.S.C. Section 52(c). Section 201(b) prohibits bribery of federal officials to influence an official act to induce the official to do or omit to do anything that violates the official’s lawful duty; Section 666 prohibits the acceptance of bribes by public officials’ Section 52(2) prohibits paying or accepting a kickback (essentially, something of value in exchange for favorable treatment) in connection with government contracts. None of these aforementioned statutes are directly on point. With that said, the alleged use of a complicated bribery scheme with the payment of $500,000 to gain entrance into a prestigious university will likely reach the level of serious conduct for purposes of honest services fraud.

Besides establishing that Loughlin’s conduct reaches serious culpable conduct, in order to convict her of honest services mail or wire fraud, prosecutors establish Loughlin must had a fiduciary duty within the definition of the cases promulgated under Section 1346. Although Loughlin had no general fiduciary duty to the public or USC, the officials Loughlin allegedly bribed through Singer had a fiduciary duty to USC and the general public. Thus, if the prosecutions’ allegations are correct, under the Urciuoli decision, Loughlin can be convicted of honest services fraud. Although the facts of this case have yet to be developed, at first glance, prosecutors may have a strong case against Loughlin. Loughlin’s legal team certainly has their work cut out for them in building a defense.