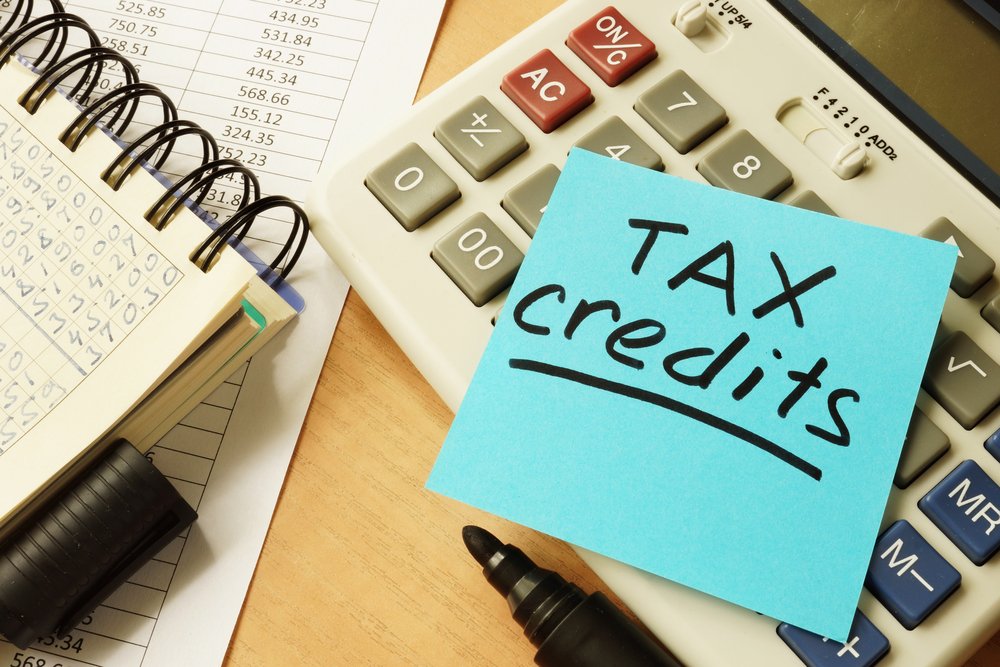 U.S. taxpayers are generally subject to U.S. tax on their worldwide income, but may be provided a tax credit for foreign income taxes paid or accrued. The main purpose of the foreign tax credit is to mitigate the double taxation of foreign source income that might occur if such income is taxed by both the United States and a foreign country. Prior to the Tax Cuts and Jobs Act of 2017, many multinational corporations kept their foreign source earnings and profits (“E&P”) offshore to defer the U.S. tax consequences on this income. Foreign tax credits were typically only considered when foreign source E&P was repatriated to the U.S.

Internal Revenue Code Section 901 limits the foreign tax credit to foreign taxes imposed on “income, war profits or excess profits.” Internal Revenue Code Section 903 extends the credit to foreign taxes imposed “in-lieu-of” an income tax. In order to be creditable under either Section 901 or Section 903 of the Internal Revenue Code, a foreign tax levy must be a “tax.” A levy is a tax “if it requires a compulsory payment pursuant to the authority of a foreign country to levy taxes.” The tax also must be levied by a foreign country pursuant to its taxing authority, not some other authority such as penalties, fines and custom duties. A foreign levy is not a tax to the extent that an entity receives a “special economic benefit” from a foreign country in exchange for a payment. Only compulsory payments are considered payments of tax. A payment is not compulsory to the extent that the amount paid exceeds the amount of limitability under foreign law for the tax. Finally, a U.S. taxpayer must exhaust all effective and practical remedies, including invocation of competent authority procedures available under applicable tax treaties, to reduce, over time, the U.S. taxpayer’s liability for foreign tax.

What Amount of Foreign Taxes Is Creditable?

A foreign tax credit (under either Internal Revenue Code Sections 901 or 903) is allowed only to the extent that the creditable foreign tax is “paid or accrued.” An amount of tax is not considered paid to the extent that “it is reasonably certain that an amount will be refined, credited, rebated, abated, or forgiven.” Internal Revenue Code Section 960, as amended by the 2017 Tax Cuts and Jobs Act adopts a new “properly attributable to” standard to determine the amount of foreign taxes deemed paid by U.S. shareholders of controlled foreign corporations (“CFCs”). Section 960(a) provides that U.S. corporate shareholders that include “any item of income under Section 951(a)1)” with respect to any CFC shall be deemed to have paid “so much of such foreign corporation’s foreign taxes as are properly attributable to such item of income.” To be accrued as a liability, a foreign tax must satisfy the three-prong test of Section 461(h): 1) fixed in fact; 2) determined in amount; and 3) economic performance. Economic performance of a tax liability generally occurs when the tax is paid. Section 960(a) provides a basis for deemed-paid credits with respect to inclusions of foreign source income under Section 951(a)(1)(A) (Subpart F income), Section 951A (GILTI income), and Section 956 (inclusions from U.S. property). Section 960 then provides that a U.S. shareholder of a CFC must gross up the inclusion by the amount of foreign taxes properly attributable to it pursuant to Section 78. To prevent the use of foreign tax credits to offset U.S. tax on U.S. source income, Internal Revenue Code Section 904 provides a number of limitations.

(1) Determine the amount of gross income included in the basket;

(2) Allocate and apportion deductions to that gross income to determine taxable income in the basket;

We will now review each separate basket for foreign tax credit purposes.

Section 904(d)(1)(A) of the Internal Revenue Code provides for a passive category basket. The passive category income tax basket includes income that would be foreign personal holding company income under Section 954(c) of the Internal Revenue Code if it were received by a foreign corporation. Because it incorporates by reference Section 954(c) definition of foreign personal holding company income, passive income will generally include such items of income as dividends, interest, royalties, and rents. It also includes gains from the sale or exchange of property (other than inventory) that produces foreign personal holding company income or that produces no income. In addition, passive income includes certain foreign currency gains, gains from certain commodities transactions, certain income that is equivalent to interests, income from notional principal contracts and certain payments made in lieu of dividends.

Passive income generally does not include royalties or rents derived in the active conduct of a trade or business. See Treas. Reg. Section 1.904-4(b)(2)(i). The regulations also provide that, for purposes of the Section 904(d)(1)(A) limitation, royalties or rents will be deemed to be derived in the active conduct of a business if the active business test is met by any one of an affiliated group of corporations (related under an 80-percent ownership test provided for in Section 1504(a)). For purposes of this affiliated group rule, the income tax regulations define an affiliated group to include only U.S. corporations and CFCs in which U.S. members of the group own, directly or indirectly, at least 80 percent of the stock (by vote and value). See Treas. Reg. Section 1.904-4(b)(2)(ii).

The 2017 Tax Cuts and Jobs Act added a new category of foreign source income known as GILTI. Unlike subpart F, GILTI is not limited to specific categories of income. GILTI was intended to impose a current year tax on income earned from intangible property and subject to no or a low tax rate outside of the United States. GILTI is defined as the residual of a CFC’s income (excluding subpart F, income that is effectively connected with a U.S. trade or business, and certain other classes of income) above a 10 percent return on its investment in tangible depreciable assets (defined as “qualified business asset investment” or QBAI). Effectively, these rules presume that tangible property should provide an investment return of no greater than 10 percent. Consequently, the Internal Revenue Code assumes income earned in excess of a 10 percent return on a CFC’s QBAI is generated from intangible property. GILTI is not limited to income from intangibles. Any non-excluded income in excess of the above discussed limitation, whether received from intangibles or not, is included as GILTI.

Any GILTI income must be allocated to a GILTI basket for foreign tax credit purposes. This is because GILTI is not only taxed differently than other foreign source income, GILTI provides a number of limitations when calculating a foreign tax credit.  For example, any amount includible in the gross income of a CFC under GILTI shall be deemed to have paid foreign income taxes equal to 80 percent of the product of such CFC’s inclusion percentage multiplied by the by the aggregate tested foreign income taxes paid or accrued by the CFC. Excess credit in any category other than GILTI is permitted to be carried back to the one immediately preceding taxable year and carried forward to the first ten succeeding taxable years, and credited in such years to the extent that the taxpayer otherwise has excess foreign tax credit limitation for those years. GILTI credits are ineligible for a carryback or forward.

In addition to GILTI, the 2017 Tax Cuts and Jobs Act added another category of foreign source income known as foreign branch income. Foreign branch income is defined as business profits (other than passive category income) attributable to one or more qualified business units (“QBUs”) in one or more foreign countries. Internal Revenue Code Section 989(a) defines a QBU as “any separate and clearly identified unit of a trade or business of a taxpayer which maintains separate books and records.” A corporation is a QBU. A foreign branch operation of a U.S. corporation would also in most instances be a QBU. The branch must, however, be conducting activities that constitute a trade or business and maintain a separate set of books and records with respect to such activities. See Treas. Reg. Section 1.989(a)-1(b)(2)(ii). If the branch is an integral extension of a U.S. operation not capable of producing income independently (such as a fencing vehicle), it would not be a QBU. In that event, the transactions of the foreign branch would be treated with all other transactions of the corporation of which it is a part.

General limitation income includes all income not described by one of the other categories of income discussed above. Because it is a residual category, there is no specific definition of the types of income that are allocated to this category.

Why Foreign Foreign Income is Allocated to Separate Baskets

Under basic U.S. tax principles, a loss from one business activity ordinarily is deductible against income from any other business activity. This principle ignores two important distinctions that must be made when computing the foreign tax credit limitation: the distinction between the U.S.-and foreign-source income and the assignment of income to one of the four separate categories of income limitations. As a consequence, for purposes of computing a taxpayer’s foreign tax credit limitation, numerous special rules apply when a taxpayer’s business activities give rise to allocation of deductions and to a net operating loss.

Prior to the enactment of the 2017 Tax Cuts and Jobs Act, in order to determine foreign source taxable income in each basket for purposes of calculating foreign tax credit limitations, a taxpayer was required to allocate and apportion deductions between U.S.-source gross income and foreign source gross-income. However, the proposed regulations contain a rule to determine the percentage of income and assets of a CFC attributable to GILTI. Under these rules, income and assets are allocated to the general and passive income baskets. Then, the general basket amounts are allocated between GILTI and non-GILTI baskets using an “inclusion percentage” of Section 960(d) which limits the amount of foreign taxes deemed attributable based on a percentage to GILTI divided by aggregate tested income. As a result of these new proposed rules, a U.S. shareholder of a CFC must allocate expenses to the CFC stock, then further apportion the CFC stock between the passive and general baskets, then divide the general basket between the GILTI and non-GILTI, and finally treat a portion of the assets and income allocated to GILTI as exempt based on the Section 250 deduction. See Tax Executive, Part II: GILTI, FDII, and FTC Guidance and International Tax Planning, (April 11, 2019).

Foreign taxes that exceed the limitation in a given taxable year can typically be carried back one year and forward up to ten years and taken as a credit in a year that the limitation exceeds the amount creditable foreign taxes. This carryover process must take place, however, within the confines of the separate income categories. In other words, excess credits from one category of foreign income can offset only past or future excess limitations on that type of foreign income. Excess credits that are carried back or forward to another taxable year must be credited and cannot be deducted in the carryback or carryforward year.

However, income in the GILTI basket cannot be carried back to the one immediately preceding tax year and carried forward to the first ten succeeding taxable years. Because of these limitations on carryovers, tax planners often attempt to classify foreign source income as GILTI rather than GILTI. This is exactly the opposite of tax planning prior to the enactment of the 2017 Tax Cuts and Jobs Act where foreign planning resolved around avoiding foreign source income being classified as subpart F income.  Subpart F income has suddenly become more attractive because it can be placed in the general income basket. Income from the general income basket can potentially be used to cross-credit other income baskets and carried backward one year or forward  up to ten years.