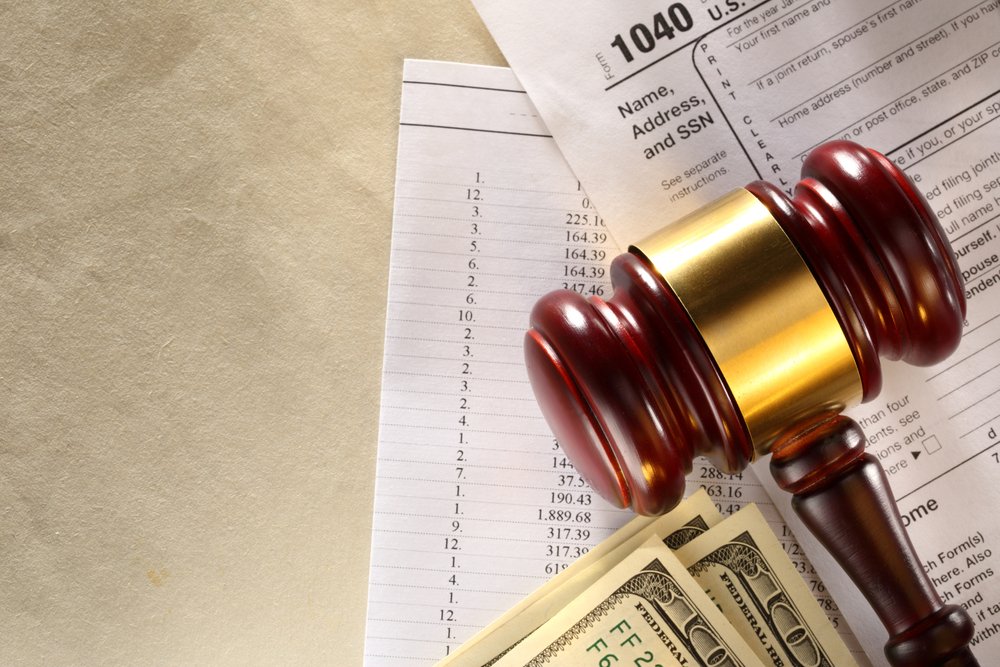 1. The subpart F tax regime.
2. The Section 951A GILTI rules.
3. The Section 245A rules which allows for an exception for certain foreign income of a domestic corporation.

Subpart F income is defined in Internal Revenue Code Section 952 as the sum of the corporation’s: 1) insurance income; 2) foreign base company income; and 3) international boycott income and an amount equal to illegal bride/kickback paid on behalf of the CFC. Through its “tested income” definition, the GILTI rules apply to all other income, except income effectively connected with a U.S. trade or business; subpart F income for which the Section 954(b)(4) “high-tax exception” applies; dividends from a Section 954(d)(3) related person, and Section 907(c)(1) foreign oil and gas extraction income. Any CFC income not included in the income of a U.S. shareholder as subpart F income or GILTI is in the exempt income category. Finally, the exemption of foreign source income may take place under Internal Revenue Code Section 245A.

In the context of determining losses, the subpart F and GILTI computations are separate and as a general rule, should not be used to offset each other. In other words, losses from subpart F foreign operations cannot be utilized to reduce a GILTI inclusion, and vice versa. However, as discussed below, this does not mean the same item could be taxed under the subpart F and GILTI rules.

The Tax Cuts and Jobs Act biggest impact on the subpart F rules were on losses and the availability of foreign tax credits. Prior to international tax reform, Internal Revenue Code Section 902 E&P and tax pools that would be associated with the subpart F income inclusion. Special rules provided for passive basket foreign personal holding company income. An averaging was built into the pools to determine the eligibility of a foreign tax credit. The Tax Cuts and Jobs Act repealed and replaced the pools with a single year indirect credit for the foreign income taxes “attributable to” the item of income under new Internal Revenue Code Section 960. The regulations for Internal Revenue Code Section 960 adopt an annual tax approach that groups subpart F income according to each category discussed in Treasury Regulation Section 1.954-1(c)(1)(iii). The taxes associated with items of income in the current year are then taken into account as an indirect credit. Each type of foreign base company income or foreign personal holding company income must be treated as its own subpart F income group for purposes of the indirect credit. See Prop. Reg. Section 1.960-1(d)(2)(ii)(B) and Prop Reg. Section 1.960-1(d)(2)(ii)(E).

These rules create an interesting variety of foreign tax credit results in its interactions with the Section 952(c) overall E&P limitation, the qualified deficit rules, and the chain deficit rules. If the overall E&P limitation or chain deficit is reduced but does not eliminate the CFC’s subpart F income, these earnings are effectively excluded in determining the percentage of the subpart F income that is included in gross income of a U.S. shareholder’s “proportionate share” of the CFC’s foreign taxes that are allocated and apportioned to the specific category of subpart F income. If a qualified deficit offsets subpart F income, the reduction in subpart F income reduces the percentage of allocable foreign taxes that are taken into account in the U.S. shareholder’s proportionate share of taxes. However, any taxes that are not deemed paid cannot be credited in any future year. For example, if a CFC has subpart F activities that generated a loss as a result of a hovering deficit or a qualified deficit and that is otherwise subject to the overall E&P limitation under Internal Revenue Code Section 952(c), any associated foreign tax credits can never be credited against future subpart F inclusions.

International tax reform has created a number of situations where the same item of income can be taxed under both the subpart F and GILTI rules. The proposed regulations discuss one such situation. According to one example provided in the proposed regulations, a domestic corporation wholly owns a CFC. In year 1, the CFC has $100 of foreign base company sales income and a $100 loss attributable to foreign oil and gas extraction activities. Notwithstanding that foreign oil and gas extraction income is neither subpart F income nor GILTI tested income, the $100 loss affects E&P. Because the CFC has no E&P in year 1, it has no subpart F income in year 1. The CFC establishes a Section 952(c) recapture account of $100. In year 2, the CFC has $100 of tested income and no other income or loss. The example provides that the $100 of tested income creates $100 of E&P, which creates $100 of subpart F income under Section 952(c)(2). Further, the $100 of tested income is subject to Section 951A and could give rise to a GILTI inclusion.

Apparently, the proposed regulations achieve the $100 subpart F inclusion and $100 of GILTI tested income for the same item of foreign source income. The double tax of the same income is the result of the GILTI rules (which will be discussed below). On its own, the subpart F rules of the Internal Revenue Code do not double tax income.
For example, foreign personal holding company income offset by a foreign base company sales income would not be recaptured by future positive foreign base company sales income. The proposed regulation treatment of the above discussed $100 of foreign source income is due to the fact that the GILTI rules do not contain an overall E&P limitation.

The tested income of a CFC is the excess (if any) of the gross income of the CFC determined without regard to certain items (discussed in more detail below) over deductions (not including taxes) properly allocable to that gross income. The excluded in gross income in a GILTI calculation: 1) any item of income that is effectively connected with a trade or business from the United States; 2) subpart F income; 3)any item of income classified under the high-tax exception under Internal Revenue Code Section 954(b)(4); 4) any dividend from a related person defined under Internal Revenue Code Code Section 954(d)(3); and 5) any foreign oil and gas extraction income.

The tested income of a CFC is the excess (if any) of associated deductions that exceed tested income. See IRC Section 951A(c). The “net deemed tangible income return” with respect to a U.S. shareholder is the excess (if any) of 10 percent of the shareholder’s pro rata share of the QBAI (“qualified business asset investment”) for the taxable year to the extent the interest income attributable to such expense is not taken into account in determining net CFC tested income. QBAI equals the CFC’s average aggregate adjusted bases for Specified Tangible Property during the year. QBAI is measured at the close of each quarter and adjusted basis is determined by using the alternative depreciation system under Internal Revenue Code Section 168(G).

Tested losses also impact a U.S. shareholder’s ability to effectively determine foreign tax credit limitations. By a way of background, a U.S. corporation that has a GILTI inclusion is treated as having paid foreign income taxes equal to 80 percent of the product of its “inclusion percentage” and aggregate “tested foreign taxes” paid or accrued by its CFCs. See IRC Section 960(d). A U.S. corporation’s inclusion percentage for a tax year means the ratio of its GILTI inclusion to the aggregate of its pro rata shares of the tested income of its CFCs. See IRC Section 960(d). Tested foreign income taxes of a CFC are the foreign income taxes paid or accrued by the CFC that are properly attributable to the tested income of the CFC taken into account by the U.S. corporation under International Revenue Code Section 951A. An example as to how calculate a foreign tax credit under the GILTI rules is provided below:

The Tax Cuts and Jobs Act added Internal Revenue Code Section 904(b)(4) which disregards expenses allocated to exempt income for purposes of the foreign tax credit. The regulations apply these rules in the context of Section 864 expense allocation. Under these rules, CFC stock value for purposes of expense allocation is allocated between the GILTI basket and exempt income. This characterization is determined based on the U.S. shareholder’s “inclusion percentage,” which generally the U.S. shareholder’s GILTI inclusion amount divided by the U.S. shareholder’s aggregate tested income before reduction for tested losses and QBAI. Because tested losses decrease the U.S. shareholder’s inclusion percentage, tested losses reduce tested income that is more beneficial than if the economic loss were directly incurred by the tested CFC income. See Perspectives on the Treatment of Losses in the Reformed U.S. International Tax System, Journal of Taxation (WG&L), April 2019, Volume 130, Number 4, April 2019. To address potential abuses, a U.S. shareholder is required to reduce his or her basis in the stock of the tested loss of the CFC by its “net used tested loss amount” (“NUTLA”) upon a subsequent disposition of the CFC stock. If the NUTLA exceeds available basis, additional gain is recognized by the shareholder.