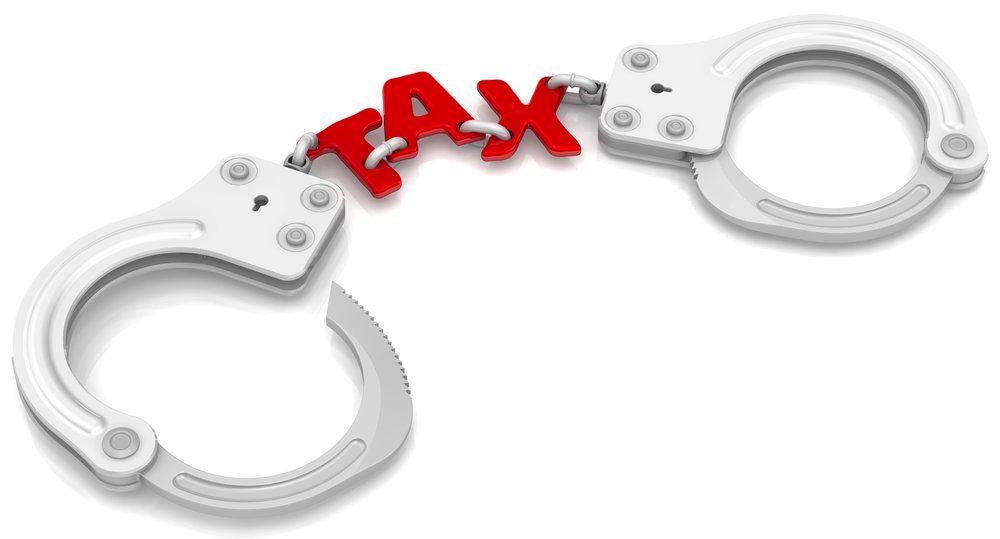 So when does failing to file a tax return or not accurately reporting income and expenses on a return, cross the line – from the civil to the criminal arena? Why is it that one person gets assessed an accuracy related penalty for not correctly reporting his income and expenses, while another goes to jail for doing – seemingly – the same thing?

Following is a brief discussion of crossing THAT ‘line’.

Under 26 USC § 7201, the willful attempt to evade or defeat the assessment of taxes or the payment of taxes is a felony with fines up to $250,000 and/or imprisonment of up to 5 years (plus costs of prosecution). To establish evasion, the government must prove:

– The defendant committed an affirmative act to defeat or evade the payment or assessment of the tax;

– There is a material amount of tax owing;

– And the defendant acted willfully.

Here, there must be more than just a failure to file a tax return. Thus, the neighbor who fails to file his tax return – without more – cannot be convicted of tax evasion under 26 USC 7201.

However, failure to file a return plus affirmative acts can be considered evidence of tax evasion – a felony – under 26 USC § 7201. Examples of such affirmative conduct

2 Willful failure to pay a tax, make a return, keep records or supply information required by the Internal Revenue Code constitutes a violation of IRC § 7203, and one of the few misdemeanors tax offenses. The exception is if the violation involves the failure of a trade or business to report cash received in excess of $10,000 or more in cash, as required by IRC § 6050I. In that case, the willful violation of IRC § 7203 is a felony and those convicted face terms of imprisonment up to five years.

may include but not be limited to: keeping a double set of books, making false entries, concealing or destroying records, covering up sources of income.

Notably, a tax deficiency is a required element of tax evasion. Therefore, even if a 4 defendant intentionally failed to report income and took affirmative steps toward this goal, the defendant must be acquitted of tax evasion if the government is unable to prove that additional tax was owed.

However, even assuming no additional tax was owed, the government has another statute in its arsenal.

This statute is referred to as the tax perjury or fraud statute.

Under 26 USC §7206 (1), any person who willfully signs and files any tax return, statement or document, containing a declaration that it is under the penalties of perjury, and that he does not believe to be true and correct as to every material matter, is guilty of a felony and subject to a fine of not more than $100,000 and/or imprisonment of up to three years, along with costs of prosecution, however the court may impose fines up to $250,000 for individuals pursuant to 18 USC § 3571(e).

This offense may be charged where someone files a result with nothing but zeros (also known as a “zero return”), or files a blank Form 1040 with no information from which a tax can be computed. It also applies to documents other than tax returns.

The elements of this offense are:

1. The return, statement or other document contained false information with respect to a material matter.

2. The defendant made and signeda return, statement or other document that contained a written declaration that it was being signed subject to the penalties of perjury.

4. The defendant did not believe that the material matter was true and correct; and

In the context of 26 USC § 7206(1), a material false statement has been defined as a statement that “could hinder or affect the IRS in carrying out functions such as the verification of the accuracy of a tax return.”

The element of willfulness under 26 USC § 7206(1) mirrors the ‘affirmative acts’ requirement under 26 USC § 7201 (i.e., keeping a double set of books, making false entries, concealing or destroying records, etc.) discussed above.

The foregoing are only two of many felony tax crimes which could be charged.

Mistakes happen, and a taxpayer whose tax return does not get filed because it was lost in the mail, or who inadvertently underreports his income is unlikely to be charged with a felony (or misdemeanor – absent a pattern of behavior) tax crime. However, taxpayers who take affirmative steps to hide or disguise their true income and expenses, including but not limited to – keeping a double set of books, making false entries, concealing or destroying records, covering up sources of income, risk crossing the line – into felony tax crimes.