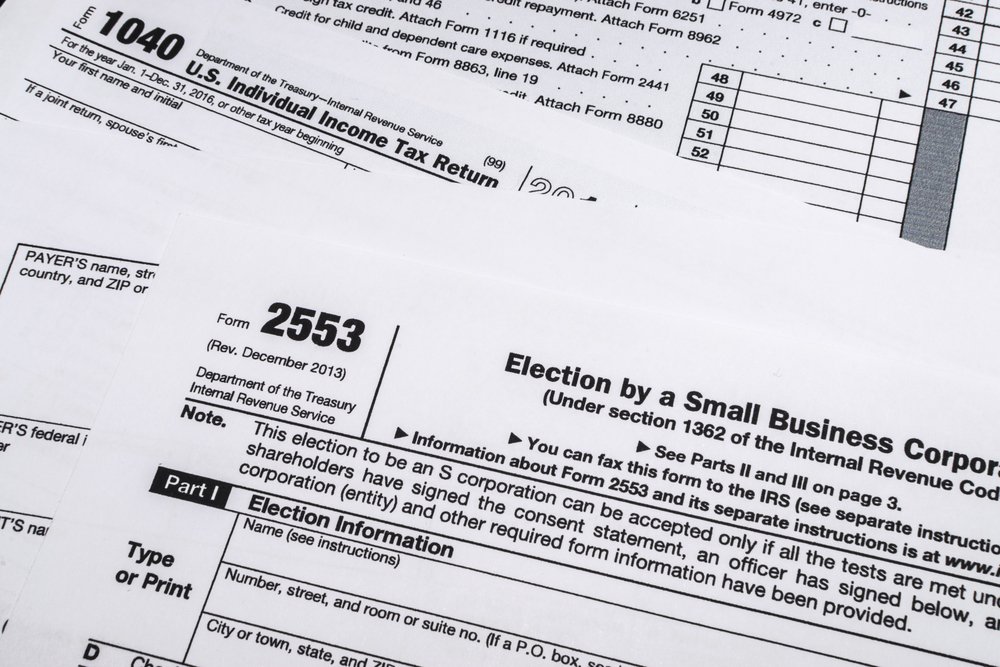 In order to provide the Internal Revenue Service (“IRS”) with a foreign corporation’s current earnings and profits (“E&P”) for US tax purposes, each year certain US person with interests in foreign corporations must attach a Schedule H to IRS Form 5471 otherwise known as “Information Return of U.S. Persons With Respect to Certain Foreign Corporations.” This is the 12th of a series of articles designed to provide a basic overview of Form 5471. This article is designed to supplement the IRS instructions to the Form 5471.

Who Must Complete Schedule H

Form 5471 and its schedules must be completed (to the extent required by each schedule) and filed by the following categories of persons:

Category 4- a US person who had “control” of a foreign corporation for an uninterrupted period of at least 30 days during the foreign corporation’s annual accounting period. Control is defined as more than 50 percent of voting power or value, with Internal Revenue Code Section 958 attribution rules applying.

Lines a and b income Classification

Below are the definitions for each category of foreign source income for line a.

Foreign branch income is defined under Section 904(d)(2)(j)(i) as the business profits of a US person which are attributable to one or more Qualified Business Units.

1) Any income received or accrued that would be foreign personal holding company income if the corporation were a CFC. This includes any gain on the sale or exchange of stock that is more than the amount treated as a dividend under Section 1248.

Section 901(j) income is income earned from a sanctioned country.

If a sourcing rule in an applicable income tax treaty treats any US source income as foreign source, and the corporation elects to apply the treaty, the income will be treated as foreign source.

This category includes all income not described above.

Line b states that if Code 901j is entered on line a, the country code for the sanctioned country using the two-letter code (for the list at IRS.gov/countrycodes) must be entered.

Entries on lines 1 through 5c must be made in functional currency. Section 985(b)(1)(A) states the general rule that the functional currency will be the dollar. However, the functional currency of a “qualified business unit” (“QBU”) will be “the currency of the economic environment in which a significant part of the unit’s activities” is “conducted and which is used by such unit in keeping its books and records.” See IRC Section 985(b)(1)(B). Section 989(a) defines a QBU as “any separate and clearly identified unit of a trade or business of a taxpayer which maintains separate books and records.” Thus, a corporation is a QBU. A foreign branch operation of a US corporation would also in most instances be a QBU. The branch must, however, be conducting activities that constitute a trade or business and maintain a separate set of books and records with respect to such activities.

The preparer must enter the CFC’s net income or (loss) per foreign books of account. A foreign corporation’s current E&P is an annual calculation, with accumulated E&P generally being the sum of prior-year calculations with necessary adjustments (e.g., reduction for dividends). The annual calculation of a foreign corporation’s E&P is generally based on a three-step approach. These steps are: 1) prepare a local country profit-and-loss statement (“P&L”) for the year from the books of accounts regularly maintained by the corporation for the purpose of accounting to its shareholders; 2) make the accounting adjustments necessary to conform the foreign P&L to US GAAP; 3) make the further adjustments necessary to conform the US GAAP P&L to US tax accounting standards.

Additional adjustments may be required to adjust for items such as currency translation, certain exchange of gain or losses, blocked deductions, and blocked income.

If the CFC uses DASTM methods of accounting (when a QBU uses a functional currency that becomes “hyperinflationary” for US federal income tax purposes), the QBU must use the US dollar as its functional currency for US federal income tax purposes. However, the QBU must translate its P&L statement and balance sheet into US dollars in a manner that adjusts for the embedded inflation of the local currency.

2a. Capital Gains or Losses

On line 2a, the preparer should enter any adjustments made to the foreign corporation’s current E&P as the result of capital gains or losses.

2b. and 2c. Depreciation and Amortization

On line 2b and 2c, the preparer should enter any adjustments made to the CFC’s current E&P as the result of depreciation and amortization. Generally, depreciation, depletion, and amortization allowances must be based on the historical cost of the underlying asset, and depreciation must be figured according to Section 167. (Section 167(a) provides as a depreciation deduction a reasonable allowance for the exhaustion and wear and tear of property used in a taxpayer’s trade or business). However, if 20 percent or more of the CFC’s gross income is from US sources, the CFC must use a straight line basis of depreciation discussed in Treasury Regulation Section 1.312-15.

On line 2d, the preparer should enter any adjustments made to the CFC’s current E&P as the result of investment or incentive allowance.

On line 2e, the preparer should enter any adjustments made to the CFC’s current E&P as a result of changes to statutory reserves. The term “statutory reserves” are defined in Internal Revenue Code Section 807(d)(6) as “the aggregate amount set forth in the annual statement with respect to items described in Section 807(c).” The “annual statement” is defined in Treasury Regulation Section 1.6012-2T(c)(5) as “the form..which is approved by the National Association of Insurance Commissioner (“NAIC”) which is filed by an insurance company for the year with the insurance departments of States, Territories, and the District of Columbia.”For the most part, line 2e applies to the current E&P of insurance companies and captive insurance companies.

In cases where a CFC gross receipts are less than $25 million, the CFC can account for their inventories under the uniform capitalization rules (“UNICAP”). The UNICAP rules require certain direct and indirect costs allocable to real or personal tangible property produced by the CFC to be either included in inventory or capitalized into the basis of the property produced, as applicable. CFCs with long-term contracts generally determine the taxable income from those contracts should be accounted for under the percentage-of-completion method (“PCM”). Under the PCM, a CFC must include in gross income for the tax year an amount equal to the product of the gross contract price and the percentage of the contract completed during the tax year is determined by comparing contract costs incurred before the end of the tax year with estimated total contract costs.

Costs allocated to the contract typically include all costs (including depreciation) that directly benefit, or are incurred by reason of, the taxpayer’s long-term contract activities. The allocation of costs to a contract is made in accordance with regulations. Costs incurred on the long-term contract are deductible in the year incurred, as determined using general accrual-method accounting principles and limitations.

2. Accrual of an item of gross income or expense that it received or paid later.

3. Disposition of a nonfunctional currency.

A US corporation buys a pound sterling instrument for 100 pounds when one pound = $1.80. The cost and adjusted basis of the instrument are therefore $180.

If the instrument is sold for 200 pounds when one pound = $2, the corporation’s realized gain is $220 ($400 amount realized minus adjusted basis of $180). However, its foreign currency gain is measured by the difference between the exchange rates on the booking and disposition dates and therefore equals $20, calculated by multiplying the $.20 difference in the exchange rates by the original price of the instrument in pound sterling (100 pounds).

If the instrument is sold for 200 pounds when one pound = $1.00, i.e., at a price equal to $200, the corporation has a realized gain of $20 on the transaction. However, there is no foreign currency gain because the gain was not realized by reason of changes in the exchange rates but in spite of them. See Taxation of International Transactions, Charles Gustafson, Robert Peroni, Richard Crawford Pugh, Thompson West (2005).

A CFC must attach a statement to Schedule H with a description of currency gains and losses.

On line 3, the preparer should include any net additions to the schedule.

On line 4, the preparer should include any net subtractions to the schedule.

Line 5a. Current Earnings and Profits

On line 5a, the preparer must add lines 1 and 3 and minus line 4. Expressed formulatically:

Line 5b. DASTM Gain or Loss

On line 5b, the preparer must determine the CFC’s DASTM gain or loss. DASTM gain or loss for a tax year equals the dollar change in the net worth of the QBU for the tax year, as adjusted for certain transfers from or to the QBU that decrease or increase its net worth but do not affect the QBU’s income or loss or its E&P (e.g., dividend distributions and capital contributions). The dollar net worth of the QBU is derived from the books of the QBU translated into dollars at specified rates and is defined as the translated aggregate US dollar amount of assets on the balance sheet at the end of the year, less the translated aggregate dollar amount of liabilities on the balance sheet at the end of the year. For this purpose, certain items on the balance sheet (generally, financial assets and liabilities) are translated at the year-end exchange rate, and other assets (such as inventory and equipment) are translated into dollars at the rate for the period when purchased (historic exchange rate). Items translated at the year-end exchange rate generate DASTM gain or loss, while these translated at the historic exchange rate do not.

For line 5c, the preparer must combine lines 5a and 5b.

To prepare line 5d, the preparer must enter line 5c functional currency amount translated into US dollars at the average exchange rate for the CFC’s tax year.