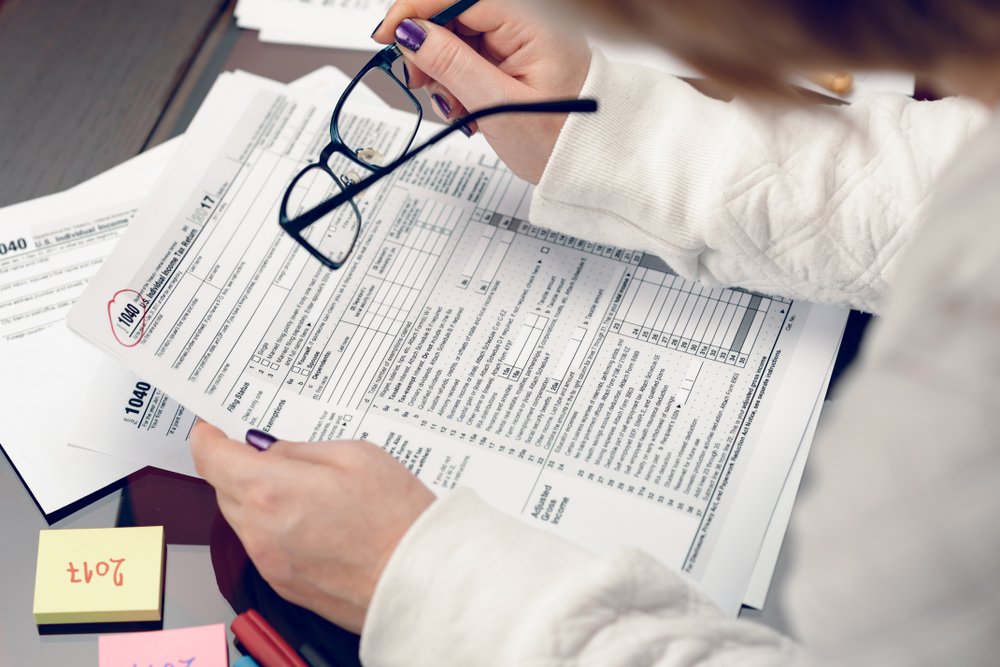 Schedule P is used to report the Previously Taxed Earnings and Profits (“PTEP”) of the U.S. shareholder of a controlled foreign corporation (“CFC”) in the CFC’s functional currency (Part I) and in U.S. dollars (Part II). This schedule is also used to report the PTEP of the U.S. shareholder of a specified foreign corporation (“SFC”) that is only treated as a CFC for limited purposes under Internal Revenue Code Section 965(e)(2). This is the seventh of a series of articles designed to provide a basic overview of the Internal Revenue Service (“IRS”) Form 5471. This article is designed to supplement the IRS’ instructions to Schedule P of IRS Form 5471. This article will go column by column and line by line through the attachment to Form 5471.

Who Must Complete Schedule P

Schedule P must be completed by Category 1, Category 4 and Category 5 filers of the Form 5471. However, Category 1 and 5 filers who are related constructive U.S. shareholders are not required to File Schedule P.

Lines a and b

Line a asks the preparer to enter a “Separate Category” code. Line a of Schedule P is identical to Line a of Schedule J of the Form 5471. In order to answer this question, the preparer must reference the instructions to IRS Form 1118. IRS Form 1118 states that there are six categories of foreign source income that need to be reported on Schedule P and assigns codes to each category of income. The categories of income and the applicable codes are listed below:

Below are the definitions to each category of foreign source income that may need to be disclosed on Line a.

Foreign branch income is defined under Internal Revenue Code Section 904(d)(2)(j)(i) as the business profits of a U.S. person which are attributable to one or more QBUs.

1) Any income received or accrued that would be foreign personal holding company income if the corporation were a CFC. This includes any gain on the sale or exchange of stock that is more than the amount treated as dividend under Section 1248.

2) Any amount includible in gross income under Section 1293 (which relates to certain passive investment companies (“PFICs”).

This category includes all income not described above.

Line b states if Code 901j is entered on Line a, the country code for the sanctioned country using the two-letter codes (from the list at IRS.gov/countrycodes) must be entered.

It should be noted that Lines a and b must be completed for each separate category of income. This means that Category 1, 4, and 5 filers may need to attach multiple Schedule Ps to their Form 5471 if the filer has more than one category of foreign source income.

Part 1 of Schedule P asks the SFC or CFC shareholders to categorize previously taxed foreign source income into a number of different columns. For columns (a) through (q), the amounts stated in each column must be in the functional currency of the SFC or CFC. The remaining columns should be stated in U.S. dollars. Just in the way of background, Internal Revenue Code Section 985(b)(1)(A) states the general rule that the functional currency will be “the dollar.” However, the functional currency of a “qualified business unit” (“QBU”) will be “the currency of the economic environment in which a significant part of such unit’s activities” is “conducted and which is used by such unit in keeping its books and records.” See IRC Section 985(b)(1)(B). Internal Revenue Code Section 989(a) defines a QBU as “any separate and clearly identified unit of a trade or business of a taxpayer which maintains separate books and records.” A SFC or CFC can be classified as a QBU. If the SFC or CFC is a QBU that keeps its books and records in a foreign currency, columns (a) through (q) of Part 1 of Schedule P should be prepared in foreign currency of the business.

Part 2. Previously Taxed E&P Should be Stated in U.S. Dollars

Part 2 of Schedule P asks the SFC or CFC shareholders to categorize previously taxed foreign source income into a number of different columns. For columns (a) through (q) of Part 2 of Schedule P, the amounts stated in the applicable columns should be in U.S. dollars.

How to Complete the Columns of Schedule P

Once each item of PTEP has been properly classified, these items of income are subject to the ordering rules of Internal Revenue Code Section 959.

I. Classifying of Income in PTP Baskets

The term PTEP refers to earnings and profits (“E&P”) of a foreign corporation attributable to amounts which are, or have been, included in the gross income of a U.S. shareholder. PTEPs must be allocated to following items of income as per the Internal Revenue Code:

These items of income can be defined below as follows:

Internal Revenue Code Section 964(b)(4)(A) discusses the treatment of E&P in future years. For purposes of applying Section 959 in any proceeding year beginning with the taxable year described in section (a), with respect to any U.S. shareholder of a deferred foreign corporation, an amount equal to such shareholder’s reduction under paragraph (1) which is allocated to such deferred foreign income corporation under this subsection shall be treated as an amount which was included in gross income of the U.S. shareholder.

Generally, a U.S. shareholder must state his income and his pro rata share of the CFC’s increase in its E&P invested in U.S. property for the taxable year. For purposes of Internal Revenue Code Section 956, U.S. property includes most tangible and intangible property owned by a CFC that has a US situs such as the right to use a patent, copyright, or other forms of intellectual property in the United States if acquired or developed by the CFC for that use. A CFC is also treated as owning a proportionate interest in U.S. property owned by a partnership in which the CFC is a partner. Exceptions include U.S. government obligations; money, or bank deposits; trade or business obligations; stock or debt obligations of a domestic corporation that owns less than ten percent of the CFC and that is less than 25 percent by the CFC’s U.S. shareholders; debt obligations of states, state agencies, U.S. possessions and local governments; cash deposits or securities made or received on commercial terms by a U.S. or foreign securities or commodities dealer in the ordinary course of its business to the extent the deposits are made or received as collateral or margin for 1) a securities loan, principal contract, options contract, forward contract or futures contract or 2) any other financial transaction the Internal Revenue Service (“IRS”) determines is customary to post collateral or margin; and debt of a U.S. person to the extent the principal amount of the debt doesn’t exceed the fair market value of readily marketable securities sold or purchased under a sale and repurchase agreement or otherwise posted or received as collateral for the debt by a U.S. or foreign securities or commodities dealer in the ordinary course of its business.

Internal Revenue Code Section 951A refers to global intangible low-taxed income (“GILTI”). GILTI is defined as the residual of a CFC’s income above a 10 percent return on its investment in tangible depreciable assets (defined as “qualified business asset investment” or QBAI). Effectively, these rules presume that tangible property should provide an investment of no greater than 10 percent. Thus, the Internal Revenue Code assumes income earned in excess of a 10 percent return on a CFC’s QBAI is generated from intangible property.

For purposes of the PTEP rules of Section 959, amounts included in gross income as a dividend under Internal Revenue Code Section 1248 are treated as if they had been included in prior years as Subpart F income. See IRC Section 959(e).

Before the addition to the Code of Section 1248, U.S. shareholders could “cash in” on and realize the economic benefit of the accumulated earnings of a CFC at long-term capital gains rates. Section 1248 prevents this result by, under specified circumstances, treating the gain recognized on sale or exchange (or through liquidation or redemption) of the U.S. shareholder’s stock as a dividend to the extent that the gain reflects the shareholder’s interest in undistributed earnings attributable to the stock sold or exchanged

2.  Foreign base company income; and

3. International boycott income and an amount equal to illegal bribe/kickbacks paid on behalf of the SFC or CFC and income derived from any foreign country for which Internal Revenue Code Section 901(j) denies a foreign tax credit for taxes paid to such country.

Under the 1993 Act, U.S. shareholders of a CFC were required to include in income their pro rata share of the accumulated post- September 30, 1993 earnings and current-year earnings of the corporation to the extent those earnings were invested in what were called “excess passive assets.” These were passive (rather than active business) assets that exceed 25 percent of the corporation’s total assets. See Former Sections 951(a)(1)(C) and 956A. In 1996, however, after intense lobbying pressure by U.S. multinational corporations, Congress repealed Section 956A, effective for tax years of foreign corporations starting after 1996. Given the time that had transpired since “excess passive assets” income was repealed, this item of income is rarely encountered.

Line 1a through Line 1c.

Line 1a through Line 1c requires the SFC or CFC shareholder to provide a balance for each PTEP throughout the year subject to a number of adjustments.

Line 2 asks the SFC or CFC shareholder to make a reduction for taxes unsuspended under the anti-splitter rules. If there is a foreign tax credit splitting event with respect to a foreign income tax paid or accrued by a CFC shareholder, such a tax must be taken into consideration for purposes of Schedule P. In order to determine how to make adjustments to take into consideration the “anti-splitter rule,” the rules must first be defined. Under Internal Revenue Code, a corporate or individual may be entitled to the credit that the taxpayer is legally liable to pay under foreign law. This is known as the “technical taxpayer” rule. Under this “technical taxpayer” rule, the person who has legal liability for a foreign tax can be different than the person who realizes the underlying income under U.S. tax principles, resulting in a separation or “splitting” for the foreign income flowing up to the United states without associated income being subject to tax in the United states. Congress enacted Internal Revenue code Section 909 to address this issue.

Under Internal Revenue Code Section 909, where there is a “foreign tax credit splitting event” with respect to foreign income tax it is not taken into account for U.S. tax purposes before the tax year in which the related income is taken into account by the SFC or CFC shareholder. Any foreign tax credit reduction or suspension under a splitting event for each PTEP involved must be accounted for in line 2 of Schedule P.

Line 3 asks the SFC or CFC shareholder to adjust each PTEP to take into consideration E&P attributable to distributions of previously taxed E&P from lower-tier foreign corporations.

Line 4 asks the SFC or CFC shareholder to adjust each PTEP for previously taxed E&P carried over in nonrecognition transactions.

Line 10 asks the SFC or CFC shareholder to make an allocation to PTEPs categorized in Section 959(c)(1) E&P for investments in U.S. property. U.S. property is discussed above in Internal Revenue Code Section 956.