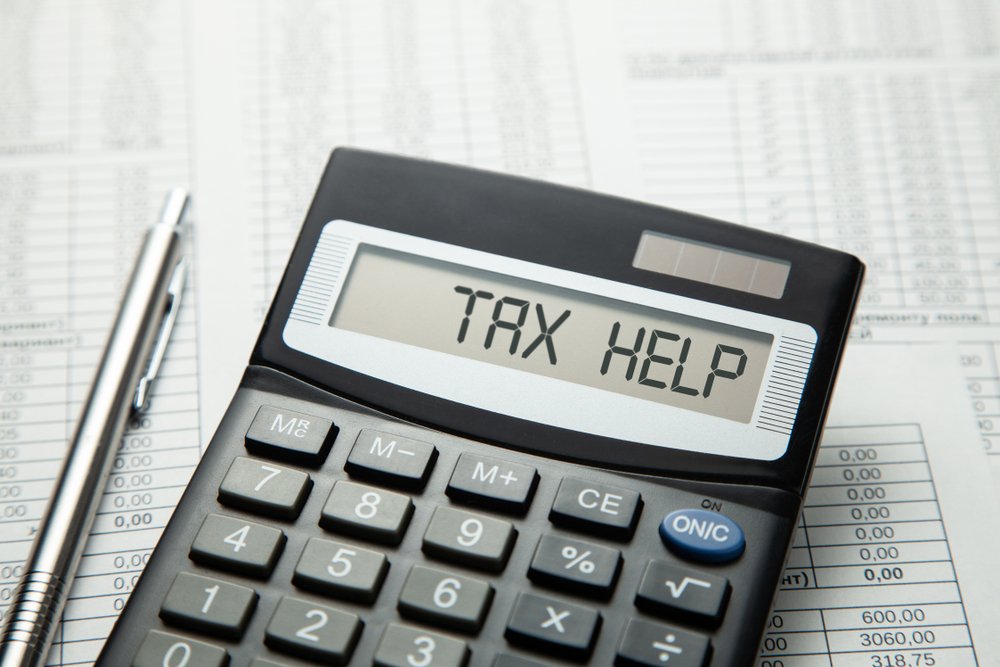 Who Must Complete Schedule G

What Category of Filers Must File Schedule G

Schedule G must be filed by all category filers.

Line 1 asks the CFC shareholder if the CFC owns at least 10 percent interest, directly or indirectly, in any foreign partnership.

1. Name and EIN (if any) of the foreign partnership.

2. Identify which, if any, of the following forms the foreign partnership filed for its tax year ending with or within the corporation’s tax year: Form 1042, 1065, or 8804.

3. Name of the partnership representative (if any).

4. Beginning and ending dates of the foreign partnership’s tax year.

Line 3 asks the CFC shareholder to check “yes” if the CFC is the owner of any foreign entities that were disregarded as separate from the owner under Regulations 301.7701-2 and 301.7701-3 or did the foreign corporation own any foreign branches. These are known as foreign disregarded entities. It is necessary to understand what a disregarded entity is for federal income tax purposes to answer this question. Under the income tax regulations, a taxpayer is permitted to elect to have a business entity treated as a separate corporation or a fiscally transparent entity (i.e., treated, for U.S. tax purposes, as a partnership or disregarded as an entity separate from its owner). See Treas. Reg. Sections 301.7701-2, and 3.

If the CFC is the owner of a foreign disregarded entity discussed above, the CFC shareholder must check “yes” for Line 3. This question not only asks the CFC shareholder to disclose the existence of any disregarded entity, Line 3 asks the CFC to disclose the existence of any foreign branches held by the CFC. A foreign branch is simply an extension of a corporation to another country.

In order to answer this question, the CFC shareholder must understand the meaning of a base erosion payment and base erosion tax benefit. The 2017 Tax Cuts and Jobs Act introduced the base erosion and anti-abuse tax (“BEAT”) as codified under Internal Revenue Code Section 59A, which is designed to prevent base erosion in the crossborder context by imposing a type of alternative tax, which is applied by adding back to taxable income certain deductible payments, such as interest and royalties, made to related foreign persons. The BEAT applies to corporations with gross receipts of at least $500 million over a three-year testing period and a “base erosion percentage” (as defined in Section 59A(c)(4)(A)) for the taxable year of at least 3 percent. A 2 percent threshold applies for banks and registered securities dealers. Unless, the CFC at issue has gross receipts of over $500 million over a three-year testing period, the questions raised in Lines 4a, 4b, and 4c will not apply to the CFC shareholder.

The term “base erosion tax benefit” generally means any U.S. deduction for the tax year with respect to any base erosion payment.

Line 4b asks the CFC shareholder to enter the total amount of base erosion payments.

Line 4c asks the CFC shareholder to enter the total amount of base erosion tax benefit.

Line 5a asks the CFC shareholder if the foreign corporation paid or accrued any interest or royalty for which the deduction was not allowed under Internal Revenue Code Section 267A. The 2017 Tax Cuts and Jobs Act introduced Internal Revenue Code Section 267A. This rule denies a deduction for certain royalty and interest payments to related parties known as “disqualified related party amounts” if paid or accrued either 1) pursuant to a “hybrid transaction” or 2) by or to a “hybrid entity.” A “hybrid transaction” is any transaction, series of transactions, agreements, or instrument where payments are treated as interest or royalties for federal income tax purposes and which are not so treated for purposes of the tax law of the foreign country of the recipient. A hybrid entity is an entity that is “fiscally transparent” for U.S. tax purposes but not fiscally transparent for foreign tax purposes.

When Section 267A applies, the deduction generally is disallowed to the extent the related party does not include the amount in income or is allowed a deduction with respect to the amount. However, the deduction is included in the gross income of a U.S. shareholder under Internal Revenue Code Section 951(a).

Line 5a asks if the CFC paid or accrued any interest or royalty for which the deduction is not allowed under Section 267A. The CFC must answer this question with a “yes” or “no.”

Line 5b asks the CFC shareholder to state the total amount of the Section 267A disallowed deduction.

Line 6a asks the CFC shareholder if they are claiming a foreign-derived intangible income (“FDII”) deduction under Section 250 with respect to any amounts listed on Schedule M.

Line 6b asks the CFC shareholder to enter gross income derived from sales, leases, exchanges, or other dispositions (but not licenses) from transactions with foreign corporations that the filer included in its computation of foreign-dervived deduction eligible income (“FDDEI”). This is determined based on a multi-step calculation. First, a domestic corporation’s gross income is determined and then reduced by certain items of income, including amounts included in income under Subpart F, dividends received from CFCs and income earned in foreign branches. This amount is reduced by deductions (including taxes) properly allocable to such income, yielding deduction eligible income.

Second, the foreign portion of such income is determined. This amount includes any income derived from the sale of property to any foreign person for a foreign use. The term “sale” is specially defined for this purpose to include any lease, license, exchange, or other disposition. “Foreign use” is defined to mean “any use, consumption, or disposition which is not within the United States.” Qualifying foreign income also includes income derived in connection with services provided to any person not located within the United States, or with respect to property that is not located in the United States. The services may be performed within or outside the United states. The gross foreign sales and services income is reduced by expenses properly allocated to such income. The sum of these two amounts yields FDDEI. This amount must be translated from functional currency for the CFC’s tax year.

Line 6c asks the CFC shareholder to enter the amount of gross income derived from a license of property of the CFC that was included in the computation of FDDEI. This amount must be translated from functional currency for the CFC’s tax year.

Line 6d asks the CFC shareholder to enter the amount of gross income derived from services provided to the CFC that was included in the computation of FDDEI. This amount must be translated from functional currency for the CFC’s tax year.

Line 8 asks if the CFC became a participant in any CSA. Line 8 asks the CFC shareholder to provide a “yes” or “no” answer to the question.

Line 10 says that if the CFC shareholder answered “yes” to Line 7, the CFC shareholder must state if the CFC entered into a CSA to become a participant in any platform contributions (“PCTs”) as defined under Regulation Section 1.482-7(c). In order to answer this question, the CFC shareholder must understand the meaning of a PCT under Treasury Regulation Section 1.482-7(c). A PCT is any resource, capability, or right that a controlled participant has developed, maintained, or acquired externally to the intangible development activity that is reasonably anticipated to contribute to developing cost shared intangibles.

Treasury Regulation Section 1.482-7(c)(4) states that any routine platform or operating contributions, the valuation and PCT payments for which are determined and made independently of the residual profit split method are treated similarly to cost contributions and cost contributions.

For simplicity of calculations in Illustration 1, all flows are assumed to occur at the beginning of each period. USP, a U.S. electronic data storage company, has partially developed technology for a type of extremely small compact storage devices (nanodisks) which are expected to provide a significant increase in data storage capacity in various types of portable devices such as cell phones, MP3 players, laptop computers and digital cameras. At the same time, USP’s wholly-owned subsidiary, FS, has developed significant marketing intangibles outside the United States in the form of customer lists, ongoing relations with various OEMs, and trademarks that are well recognized by consumers due to a long history of marketing successful data storage devices and other hardware used in various types of consumer electronics. At the beginning of Year 1, USP enters into a CSA with FS to develop nanodisk technologies for eventual commercial exploitation. Under the CSA, USP will have the right to exploit nanodisks in the United States, while FS will have the right to exploit nanodisks in the rest of the world. The partially developed nanodisk technologies owned by USP are reasonably anticipated to contribute to the development of commercially exploitable nanodisks and therefore the rights in the nanodisk technologies constitute platform contributions of USP for which compensation is due under PCTs. FS does not have any platform contributions for the CSA. Due to the fact that nanodisk technologies have yet to be incorporated into any commercially available product, neither USP nor FS transfers rights to make or sell current products in conjunction with the CSA.

Because only in FS’s territory do both controlled participants make significant nonroutine contributions, USP and FS determine that they need to determine the relative value of their respective contributions to residual divisional profit or loss attributable to the CSA activity only in FS’s territory. FS anticipates making no nanodisk sales during the first year of the CSA in its territory with revenues in Year 2 reaching $200 million. Revenues through Year 5 are reasonably anticipated to increase by 50 percent per year. The annual growth rate for revenues is then expected to decline to 30 percent per annum in Years 6 and 7, 20% per annum in Years 8 and 9 and 10% per annum in Year 10. Revenues are then expected to decline 10% in Year 11 and 5% per annum, thereafter. The routine costs (defined here as costs other than cost contributions, routine platform and operating contributions, and nonroutine contributions), that are allocable to this revenue in calculating FS’s divisional profit or loss, are anticipated to equal $40 million for the first year of the CSA and $130 and $250 million in Years 3 and 4. Total operating expenses attributable to product exploitable (including operating cost contributions) equal 42% of sales per year. FS undertakes routine distribution activities in its markets that constitute routine contributions to the relevant business activity of exploiting nanodisk technologies. USP and FS estimate that the total market return on these routine costs. FS expects its cost contributions to be $60 million in Year 1, rise to $100 in Years 2 and 3, and then decline again to $60 in Year 4. Thereafter, FS’s cost contributions are expected to equal 10 percent of revenues.

After analysis, USP and FS determine that the relative value of the nanodisk technologies contributed by USP to CSA (giving effect only to its value in FS’s territory) is roughly 150% of the value of FS’s marketing intangibles (which only have value in FS’s territory). Consequently, 60% of the nonroutine residual divisional profit is attributable to USP’s platform contribution. Therefore, FS’s PCT Payments should have an expected present value equal to $837 million (.6 x $1,395 million).

The calculations for this example are displayed below: