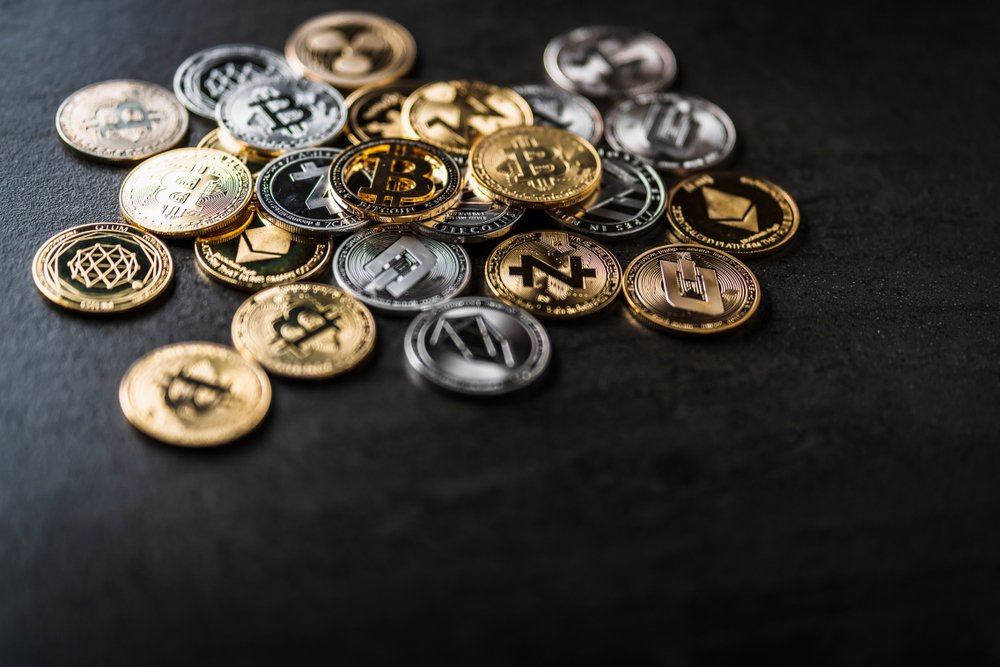 The Technology of Cryptocurrency

Cryptocurrency relies on blockchain technology. Blockchain is a digital form of record keeping. Blockchain is the underlying technology that many cryptocurrencies such as Bitcoin and Ethereum operate on. Typically, database information is stored on tables. Blockchain does not rely on tables. A blockchain organizes information added to ledgers known as blocks or groups of data. Each block can only hold a certain amount of information, so new blocks are continually added to the ledger, forming a chain. The blockchain structure provides an irreversible timeline of data when implemented in a decentralized nature. When a block is filled, it is finalized, and each block in the chain has a precise timestamp that serves as a digital signature. Each block has its own unique identifier known as a “hash.” The hash protects the information in the block and the block’s place along the chain.

The Taxation of Cryptocurrency

Basis of Cryptocurrencies For Tax Purposes

1) Determine cryptocurrency taxation under first-in, first-out (“FIFO”). FIFO is an assumption that the first goods acquired or produced should be assigned to the first goods sold.

2) Determine cryptocurrency taxation under last in, first-out (“LIFO”). LIFO is an assumption that the cost of the goods most recently acquired or produced should be assigned to the first goods sold.

3) Determine cryptocurrency taxation under the highest-in, first-out (“HIFO”) method. HIFO is used when inventory with the highest cost of purchase is the first to be used or taken out of stock.

Determining cost basis becomes more complicated if there are multiple coin transactions. For example, assume that a cryptocurrency investor has 10 coins of virtual currency at a cost of $1 per coin acquires additional virtual coins at the following times and costs:

Prior to the IRS releasing its FAQs on virtual currency, it was thought that since virtual currency is usually held for investment purposes, like stock, it should be subject to the same basis and accounting rules as stock and as such, unless other specific exceptions are made. The “FIFO method should be used in identifying which “coin” is sold or transferred, which determines the gain or loss of the transaction. One of the exceptions to FIFO as it relates to stock as if there can be “adequate identification.” The obvious issue with adequate identification is whether that could ever be applied to virtual currency. With bitcoin, for example, there is no actual “coin;” it is just an entry on a distributed ledger. Fortunately, the IRS did provide guidance in its FAQs that permit investors to choose which units of virtual currency are sold if those units can be “specifically identified.” If the units of virtual currency are not specifically identified then the first in, first out method is to be used. An investor can use specific identification by documenting the specific unit’s unique digital identifier, such as a private key, and address, or by records showing the transaction information for all units of a specific virtual currency held in a single account, wallet, or address.

The ability to use specific identification allows an investor to pick the most advantageous tax treatment and it is further applicable universally across all wallets or virtual currency holdings and not limited to per-wallet application.

The Taxation of Mining Cryptocurrency

We often hear of mining cryptocurrency currency. Cryptocurrency mining is the process in which transactions between users are verified and added to the blockchain public ledger. The process of mining is also responsible for introducing new coins into the existing circulating supply. The IRS has not provided a large amount of guidance regarding the taxation of mining virtual currency. The primary source of discussion is found in Notice 2014-21, which states the following:

A-8: Yes, when a taxpayer successfully “mines” virtual currency, the fair market value of the virtual currency as of the date of receipt is includible in gross income. See Publication 525, Taxable and Nontaxable Income.

Pursuant to IRS Notice 2014-21, the mined virtual currency has a fair market value, and is included as gross income, as of the date of receipt. The fair market value of the cryptocurrency is determined as of the date and time the transaction is recorded on the distributed ledger. The income from mined virtual currency may also be subject to self-employment tax. See IRS Notice 2014-21, Q-9.

The Tax Controversy of Hard Forks

In 2018, the IRS launched a virtual currency taxation awareness campaign that evolved into a targeted compliance effort in 2019 aimed at taxpayers with virtual currency transactions who failed to report the resulting income and pay the associated taxes. In 2019, the IRS also issued Revenue Ruling 2019-24 which provides guidance regarding the taxation of “hard forks” and “air drops.” For the most part, a hard fork is a blockchain software update used to correct security flaws that adds new functions or reverses transactions. Hard forks do not undo a network’s transaction history, hard forks do create a permanent divergence from the previous blockchain that may require the forced exchange of the old network’s virtual currency for the virtual currency of a new network. A hard fork also results when there is a split in a cryptocurrency’s blockchain.

In brief, a hard fork represents a permanent change to the coding of a virtual currency’s underlying blockchain that necessitates the creation of a separate and distinct cryptocurrency. A hard fork will impact the basis and taxation of cryptocurrency. However, the IRS and the Department of Treasury have yet to issue comprehensive guidance in this area.

Finally, another transaction unique to cryptocurrency is the airdrop. IRS Rev. Rul. 2019-24 explains that investors who receive an “airdrop” of units of new virtual currency to their digital wallet after a hard fork realize ordinary gross income on the date the new currency is received regardless of whether that currency is converted into U.S. dollars.
The challenge with this treatment is taxpayers may not be aware that an airdrop has occurred.

If an investor receives virtual currency in exchange for services, the income is the fair market value of the virtual currency on the date acquired and is possibly subject to self-employment tax. The foundation for this can be found in Internal Revenue Code Section 83. Under Section 83, which deals with property transferred in connection with performance of services, property transferred in exchange for services is immediately taxable at the time the property is transferable or there is not a substantial risk of forfeiture. In the virtual currency context, this would occur when the cryptocurrency is credited and available for transfer in exchange for the service.

Revenue Rule 80-52 provides additional guidance for virtual currency exchanged for services. Revenue Rule 80-52 discusses a barter club that uses “credit units” as a medium of exchange. The club debited or credited members’ accounts for goods or services received or rendered to other members. The ruling stated as follows:

Consequently, according to Revenue Ruling 80-52, members receiving credit to their barter club were required to recognize income pursuant to Section 83 of the Internal Revenue Code.

The Reporting of Cryptocurrency on an Individual Income Tax Return

The IRS is starting to track and enforce cryptocurrency compliance regarding virtual currency transactions. The individual 1040 tax returns require taxpayers to answer a yes or no questions regarding whether the taxpayer was involved in the transfer of virtual currencies. Capital gains and losses are reported on Form 8949 and on Schedule D of the Form 1040 for individual taxpayers. Ordinary income received from cryptocurrency is reported on Schedule 1 of Form 1040 for individuals. It should be noted if an individual is in the trade or business of acquiring and selling cryptocurrency, than he or she may have additional filing requirements.

It has been somewhat ambiguous whether virtual currency transactions are required to be reported on Form 8938 or FinCen Form 114 (also known as “FBAR”). These forms are required for the disclosure of foreign bank accounts or assets.

FBARs are used to report a U.S. person’s financial accounts in a foreign country. Under the current FBAR regulations, a U.S. person is not required to report cryptocurrency on an FBAR. However, on December 30, 2020, the Financial Crimes Enforcement Network (“FinCEN”) published the following guidance:

With FinCEN providing notice that cryptocurrency reporting change is coming for purposes of the FBAR, virtual currency holders must understand that their filing requirements with the IRS will likely increase in the very near future.

Overall, cryptocurrency is still an emerging asset class with a largely undefined tax framework. As a result, little authoritative guidance is available for investors with respect to basis tracking. Thus, cryptocurrency investors should adopt a method that is both thorough and consistent on what is known about the current law, until further guidance becomes available. Investors should seek guidance from an experienced tax professional.