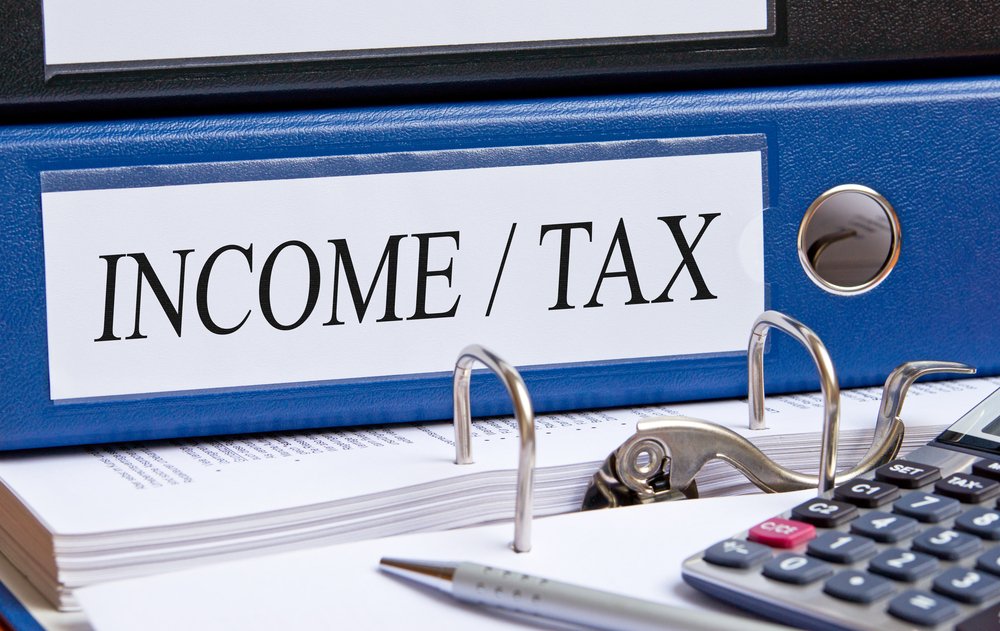 Any individual that owns stock in a foreign corporation may be subject to Global Intangible Low-Taxed Income (“GILTI”). A U.S. shareholder of a Controlled Foreign Corporations (“CFC”) must include GILTI in his or her U.S. income. Unlike subpart F taxable income, GILTI was enacted to impose taxable income on intangible property which has been subject to little if any tax outside the U.S. Although GILTI was meant to target income from intangibles, any foreign source income may be subject to a GILTI inclusion. To reduce this new tax burden, Internal Revenue Code Section 250 permits U.S. shareholders to deduct a portion of the GILTI inclusion. The Internal Revenue Code provides a number of formulas to compute a GILTI inclusion and Section 250 deduction. Currently, taxpayers can achieve a maximum federal tax rate on foreign source income utilizing a Section 250 deduction. The article discusses how an effective federal tax rate of 10.5 percent can potentially be achieved on certain items of foreign source income.

We will begin our discussion by reviewing how a GILTI inclusion is computed for federal income tax purposes. Unfortunately, there is no easy way to explain GILTI inclusions. The Internal Revenue Code defines GILTI as a U.S. shareholder’s excess of his or her “net CFC tested income” over “net deemed tangible income return.” Net CFC tested income with respect to any U.S. shareholder is the excess of the aggregate of his or her pro rata share of the “tested income” of each CFC with respect to which he or she shares for the tax year over the aggregate of the shareholder’s pro rata “tested loss” of each CFC. Expressed formulaically, GILTI is computed as follows:

Tested income can be defined as the excess of the gross income of the CFC determined without regard to certain items over deductions properly allocable to that gross income. See IRC Section 951A(c). The items excluded from gross income include:

1) Any item of U.S. source income that is effectively connected with the conducted with such corporation of a trade or business in the U.S.

4) Any dividend received from a related person as defined in Internal Revenue Code Section 954(b)(3).

The tested income of a CFC is the excess of associated deductions exceed tested income. See IRC Section 951A(c). To deny a double benefit, any tested loss of a CFC increases Accumulated Earnings and Profits (“E&P”) for purposes of applying the subpart F current year E&P limitations contained in the Internal Revenue Code.

The net deemed tangible income return with respect to a U.S. shareholder is the excess of 10 percent of the shareholder’s pro rata share of the qualified business asset investment (“OBAI”) of each CFC, over the amount of interest expense allocable to net CFC tested income for the tax year to the extent the interest income attributable to such expense is not taken into account in determining net CFC tested income. QBAI equals the CFC’s average aggregate adjusted bases for specific tangible property during a taxable year. See IRC Section 951A(d). QBAI is measured at the close of each quarter and adjusted basis is determined by using the alternative depreciation system under Internal Revenue Code Section 168(g). Depreciation is allocable ratably to each day during the period in the taxable year to which such depreciation relates.

For U.S. C corporations that sell goods and/or provide services to foreign customers, there is a deduction pursuant to Internal Revenue Code Section 250 that reduces the effective tax rate on qualifying income to 13.125 percent. (10.5 percent after taking into consideration an allowable 80 percent for paid foreign tax credits). The FDII deduction is available to domestic corporations that are taxed as C corporations. This includes U.S. corporate subsidiaries of foreign-based multinationals. On the other hand, foreign corporations with income effectively connected with a U.S. trade or business, S corporations, regulated investment companies, real estate investment trusts, partnerships, and individuals not eligible to claim a FDII deduction.

The FDII benefit is determined based on a multistep calculation. First, a domestic corporation’s gross income is determined and then reduced by certain items of income, including amounts included in income under subpart F, dividends received from CFCs and income earned in foreign branches.

Second, the foreign portion of such income must be computed. This amount includes any income derived from the sale of property to any foreign person for a foreign use. The term “sale” is specifically defined for this purpose to include any lease, license, exchange, or other disposition. “Foreign use” is defined to mean “any use, consumption, or disposition which is not within the United States. Qualifying foreign income also includes income derived in connection with the services provided to any person not located within the United States, or respect to property that is not located in the United States. The gross foreign sales and services income is reduced by expenses properly allocated to such income. The sum of these two amounts yields foreign-derived deductible eligible income.

The FDII is a single calculation. A domestic corporation’s FDII is 37.5 percent deductible in determining taxable income which may yield a 13.125 percent effective tax rate. With that said, there is no FDII benefit on intangible income. The 13.125 rate may be further reduced with the use of foreign tax credits on foreign source income to an effective tax rate of 10.5 percent. With that said, there are significant limitations on the use of foreign tax credits for FDII. These limitations will be discussed in more detail below.

Internal Revenue Code Section 960 provides that U.S. corporate shareholders that include “any item of income under Internal Revenue Code Section 951(a)(1)” with respect to any CFC shall be deemed to have paid “so much of such foreign corporation’s foreign income taxes as are properly attributable to such item of income.” Thus, as a threshold matter, Internal Revenue Code Section 960(a) provides a basis for deemed-paid credits with respect to inclusion under Section 951(a)(1)(A). As part of the price of claiming a foreign tax credit, a shareholder must gross up the inclusion by the amount of foreign taxes properly attributable to it pursuant to Internal Revenue Code Section 78. To prevent the use of foreign tax credits to offset u.S. tax on U.S. source income, Internal Revenue Code Section 904 requires income categorization. Income must be categorized into four separate baskets. Income categorized in one basket cannot offset income in another basket. The four separate tax baskets consist of passive income, GILTI, foreign branch income, and general income. For foreign tax credits applicable to the GILTI basket, there is an 80 percent limitation. Any amount includible in the gross income of a domestic corporation under GILTI, such domestic corporation shall be deemed to have paid foreign income taxes equal to 80 percent of the product of such domestic corporation’s inclusion percentage multiplied by the aggregate tested foreign income taxes paid or accrued by the CFC. Excess credit in any category other than GILTI is permitted to be carried back to one immediately preceding taxable year and forward ten years.

In other words, form a federal income tax point of view, a GILTI inclusion will likely be far more expensive to non C corporate shareholders compared to C corporate shareholders. So what can a holder of a CFC do? It appears that contributing the CFC stock to a U.S. subchapter C corporation would solve all the aforementioned tax problems. Placing the CFC stock into a C corporation would result in the shareholders of such an entity benefiting from the 50 percent deduction for GILTI inclusions and the ability to deduct foreign tax credits. However, this may not always be the best solution. Inserting a C corporation into such a CFC ownership structure can have other implications, both foreign and domestic must be considered. For example, if the transfer does not qualify for a tax-free contribution under Internal Revenue Code Section 351, the owner of the foreign stocks could realize a tax consequence on the contribution. In addition, contributing foreign stocks to a U.S. C corporation may give rise to foreign tax. Moreover, placing CFC shares inside a C corporation may create a second layer of tax on certain gains on sale of the CFC shares in excess of earnings and profits of the foreign corporation. Finally, there may be state tax issues may also exist with any such entity.

Owners of foreign stocks may have another option. Besides placing CFC shares into a C corporation, individual holders of CFC shares may consider making a so-called Section 962 election with the IRS. Section 962 of the Internal Revenue Code permits individual shareholders of a CFC to elect to be subject to C corporate income tax rates on amounts that are included in his or her gross income under Internal Revenue Code section 951A. As discussed above, maximum corporate tax rates are only 21 percent, and the effective tax rates that U.S. C corporations pay on their GILTI income may only be 10.5 percent (after accounting for the 50 percent Section 250 deduction such corporations are permitted to take). Individuals, on the other hand, could pay as much 40.8 percent (taking into consideration the net investment income tax) on all their GILTI income. The question thus arises as to whether Section 962 allows an individual U.S. shareholder to claim this 50 percent deduction under Internal Revenue Code Section 250 as to their GILTI income. Although there is authority which appears to allow individual taxpayers the ability to claim a Section 962 election for purposes of GILTI inclusions, as of this date, the answer to this question is not yet clear.

GILTI planning is complex. Non C corporate shareholders of CFCs should carefully consider the long-term implications placing their foreign stock into a U.S. corporate structure vs. a Section 962 election. Like most areas of foreign tax-planning, there is no one-size fits-all solution. Foreign investors should consult with a competent international tax counsel to consider all the positive and negative tax consequences associated with holding CFCs through a U.S. corporate structure compared to a Section 962 election.