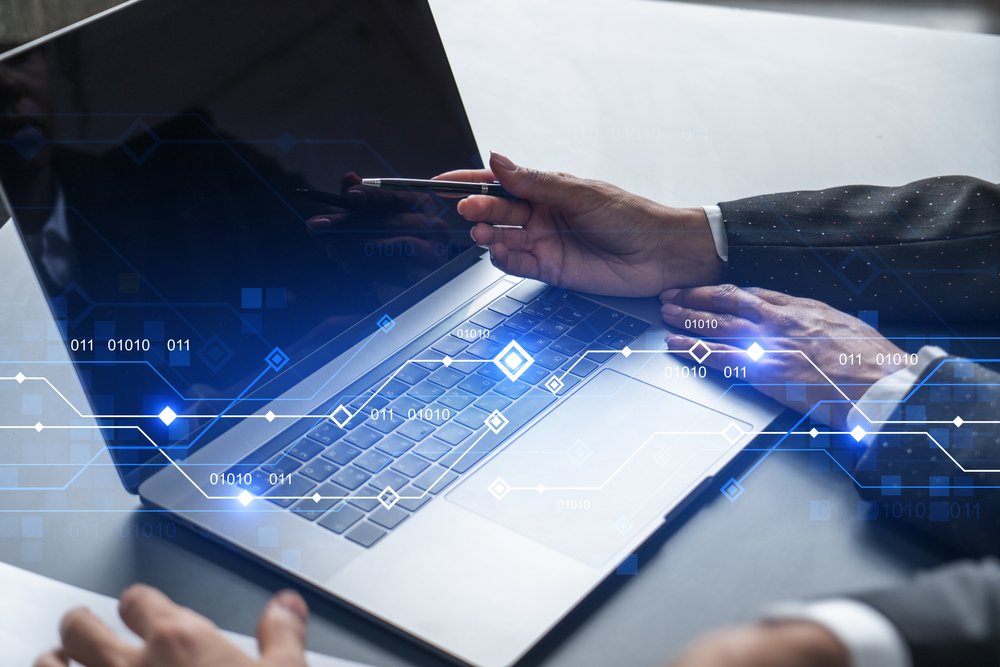 What Defines an Independent Contractor  for U.S. Federal Tax Purposes

The classification of a worker as either an independent contractor or employee makes a big difference for U.S. tax purposes. Amounts paid to an independent contractor are also not subject to Social Security taxes (sometimes called FICA taxes because they are imposed under the Federal Insurance Contribution Act), nor to federal unemployment taxes (sometimes referred to as FUTA because they are imposed under the Federal Unemployment Tax Act). The independent contractor receives full compensation without compensation without reduction for federal or state income taxes, Social Security tax, or for unemployment or disability taxes. In contrast, wages paid to those classified as employees are subject to federal income tax withholding and to Social Security and unemployment taxes. The employer reports these amounts on IRS Forms 940 and 941.

If the Internal Revenue Service (“IRS”) or a federal court finds a business incorrectly classified a worker as an independent contractor rather than as an employee, the business could face harsh consequences. The employer will be liable for the taxes that should have been withheld on behalf of the employee. Several penalties could also apply to an employer’s failure to withhold and pay over the tax to the IRS. Internal Revenue Code Section 6651(a) imposes a penalty for the late filing of a return or failure to pay the tax shown on a return after an IRS demand for payment. Section 6662 of the Internal Revenue Code imposes a separate penalty when any part of an underpayment is attributed to negligence or intentional disregard of the rules and regulations or substantial underpayment of tax. In addition, the IRS can impose a 100 percent penalty (equal to the amount of the tax that should have been withheld and paid to the IRS) on the person who willfully failed to collect and pay over the withholding tax. Finally, the government can assess criminal penalties.

Classification of a Worker for Employment Tax Purposes Outside the U.S.

A U.S. Company Can be Liable for Foreign Taxes Even if a U.S. Remote Works in a Foreign Country

In other words, under the OECD rules, U.S. businesses that have remote workers working in foreign countries may be liable for foreign taxes on wages and salaries if the individual is “physically present when performing the activities” and in the foreign country for more than 183 days. In certain cases, tax treaties may abrogate these rules. In addition, a number of foreign countries have issued special rules regarding remote workers during COVID-19. Below is a sample of the guidance released for foreign taxing authorities:

The Australian Tax Office has published guidance stating that where a person that is not an Australian resident for tax purposes is in Australia temporarily for some weeks or months because of COVID-19, he or she will not become an Australian resident for tax purposes provided that person: 1) usually lives overseas permanently; and 2) intends to return there as soon as they are able. See https://www.ato.gov.au/General/COVID-19/Support-for-individuals-and-employees/Residency-and-source-of-income/#ChangeoftaxresidencyduetoCOVID19.

Canada’s Revenue Agency has issued guidance on the domestic resident test which comprises a fact and circumstances test and a days of presence test. On the facts and circumstances test, the guidance notes that if an individual stayed in Canada only because of the travel restrictions, that factor alone will not cause the Canada Revenue Agency to consider the common-law factual test of residency to be met. On the number of days tested, the guidance notes that as an administrative matter and in light of the extraordinary circumstances, the Canada Revenue Agency will disregard the days during which an individual is present in Canada and is unable to return to their jurisdiction of residency solely as a result of the travel restriction. This guidance applies where, among other things, the individual is usually a resident of another jurisdiction and intends to return, and does in fact return, to their jurisdiction of residence as soon as they are able to. See https://www.canada.ca/en/revenue-agency/campaigns/covid-19-update/guidance-international-income-tax-issues.html

Finland’s guidance notes that the COVID-19 pandemic does not affect the way the Finish tax authorities determine an individual taxpayer’s residence under Finnish law or under tax treaties. See https://www.vero.fi/en/detailed-guidance/statements/82178/effects-of-the-coronavirus-pandemic-on-taxes-on-income-received-under-an-employment-contract-in-a-foreign-country-the-six-month-rule-and-forces-majeures2/.

France has issued guidance recognising that the COVID-19 pandemic does not affect the way the French tax authorities determine an individual taxpayer’s residence under French law or under tax treaties. See  https://www.impots.gouv.fr/portail/international-particulier/residence-fiscale-et-confinement-crise-covid.

Greece’s Independent Authority for Public Revenue issued guidance noting that under the domestic residence test for individuals for the period March 18, 2020 through June 15, 2020: a) the test of habitual abode is not affected by exceptional circumstances prompted by COVID-19 and b) days spent in Greece during this period due to travel restrictions or as a measure of personal protection and security can be disregarded for purposes of determining residency (days of presence test). Further, the guidance also refers to the application of tie-breaker rules for residence included in tax treaties and specifies that the test of habitual abode is not affected by a temporary dislocation due to COVID-19. For periods preceding March 18, 2020 and following June 15, 2020, it shall be assessed whether restrictions were in place. See  https://aade.gr/sites/default/files/2020-07/E2113_2020.pdf.

India’s Department of Revenue issued guidance confirming that if an individual was unable to leave India during March 2020, some of the days spent in India during March can be disregarded for purposes of applying the domestic residency rules. The days that may be disregarded depend on the circumstances of the restrictions imposed on the individual. See https://www.incometaxindia.gov.in/communications/circular/circular_no_11_2020.pdf.

Ireland’s guidance provides for “force majeure” circumstances where an individual is prevented from leaving Ireland on his or her intended day of departure because of extraordinary natural occurrences. See  https://www.revenue.ie/en/corporate/communications/covid19/compliance-with-certain-reporting-and-filing-obligations.aspx.

New Zealand’s Inland Revenue issued guidance noting that the domestic days of presence residency test are not strictly applied where an individual is present in New Zealand or absent from New Zealand as a result of the COVID-19 pandemic provided that person leaves within a reasonable time after they are no longer practically restricted in doing so. New Zealand also issued guidance on the application of tax treaties and it notes that the residence tests in tax treaties are interpreted in a holistic and integrated manner and it is not expected that persons will be treated as resident under tax treaties just because of the current emergency conditions. See https://www.ird.govt.nz/covid-19/international/tax-residency.

The UK issued guidance on whether days spent in the UK can be disregarded for purposes of determining residency due to exceptional circumstances. Further, the UK issued guidance on the application of tie-breaker tests for residence included in treaties and noted that although a person may become resident in the UK under the statutory residence test, their residence under a treaty will not change due to a person’s temporary dislocation. See  https://www.gov.uk/hmrc-internal-manuals/residence-domicile-and-remittance-basis/rdrm13200.

Despite the complexity of the residency rules governing taxation of income and employment taxes, and their application to a wide range of potentially affected individuals, it is unlikely that the COVID-19 restrictions to travel will substantially affect residence rules. Thus, a U.S. remote worker will establish residency for tax purposes in a foreign country unless they are away from their U.S. home (perhapes on holiday for a few weeks) and get stranded in a host jurisdiction because of the COVID-19 pandemic or other emergency. Thus, if a U.S. company changes the place of a U.S. worker from domestic to foreign (whether or not through telecommuting), the change in the place of employment may give rise to foreign income liability and employment taxes.

What Are the Best Practices When a U.S. Company Has Foreign Workers?

Any U.S. company that has hired or will hire a foreign worker should retain an international tax attorney to provide an analysis of the cross-border tax consequences and filing requirements associated with hiring a foreign independent contractor. To reduce the probability of disputes in foreign countries regarding the employment classification of a foreign worker, a U.S. company should enter into a written contractor agreement with the foreign worker classified as independent contractors. At a minimum, the contractor agreement should contain the following provisions:

1. Name of Relationship- although the name of the agreement should be stated on any contract with a foreign worker. This is a fundamental indicator of the intentions of the parties that they entered into a contractual agreement to classify the foreign worker as an independent contractor.

2. Right to Control- probably the most important element of any independent contractor agreement is whether or not the U.S. company has the ability to control the manner in which the service provider performs the services.

3. Duration of Arrangement- the term of the arrangement should provide a time limit on the contractual agreement. A time limit (the shorter the better) supports an independent contractor relationship.

4. Exclusivity- the exclusivity of the arrangement is another important element of an independent contractor agreement. The arrangement should provide that the foreign worker is entitled to perform services for more than one business at a time.

7. Confidentiality and nondisclosure clause- the contractor agreement should contain a detailed provision protecting the U.S. company’s confidential information from disclosure to any third party.

8. Dispute resolution clause- the contractor agreement agreement should contain a dispute resolution provision. In cross-border independent contractor cases, where more than one country’s laws may be involved in a work relationship, selecting governing laws and forum to litigate disputes is extremely important.

It is important to understand that a contractor agreement between the parties in different countries should meet the requirements of laws of all involved countries. Thus, it may be to involve legal professionals from multiple jurisdictions to draft a proper contractor agreement.

Hiring foreign independent contractors can have its upsides and downsides. When a U.S. company retains a qualified international tax attorney, the professional can explain the upsides and downsides entering into such an agreement. As with the case of any cross-border matter, obtaining proper advice early can potentially prevent costly legal and tax troubles in the future.