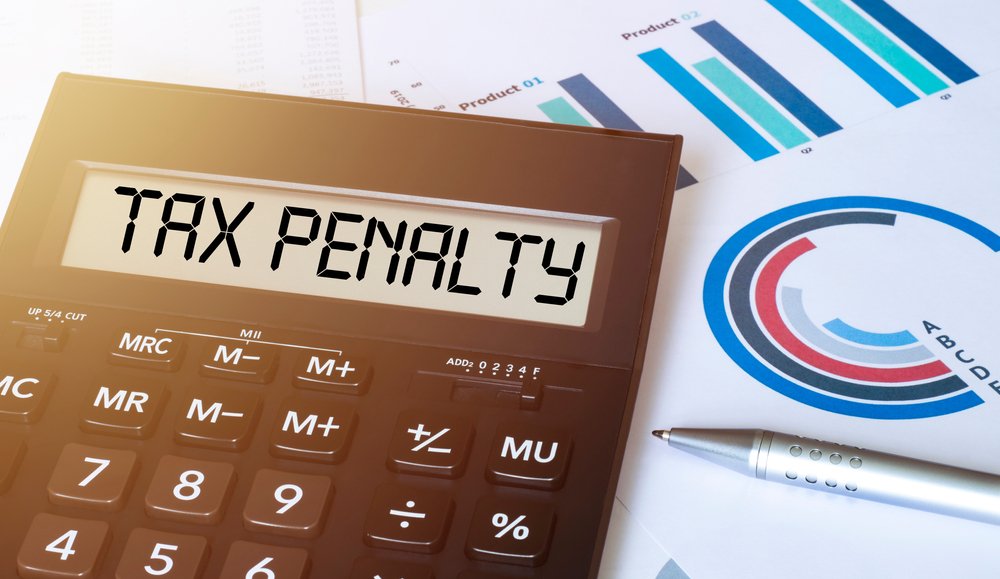 In order to provide the Internal Revenue Service (“IRS”) with information necessary to ensure compliance with Global Intangible Low-Taxed Income (“GILTI”) and the Subpart F provisions of the Internal Revenue Code, each year a U.S. person who owns more than 50% or more of the stock, by vote or value, of a foreign corporation must file a Form 5471, Information Return of U.S. Persons With Respect to Certain Foreign Corporations. See Treas. Reg. Section 1.6038-2(a) and (b). Other persons who must file a Form 5471 include 1) U.S. persons who acquire a 10% ownership interest, acquire an additional 10% ownership interest, or dispose of stock holdings to reduce their ownership in the foreign corporation to less than 10% and 2) U.S. citizens and residents who are officers or directors of a foreign corporation in which a U.S. person acquires a 10% ownership interest or an additional 10% interest.

In Form 5471, the individual must provide the following information regarding a controlled foreign corporation (“CFC”):

2. Information regarding other U.S. shareholders;

5. Current and accumulated earnings and profits, including any actual dividend distributions during the year;

6. The U.S. shareholder’s pro rata share of GILTI and Subpart F income and any increase in earnings invested in U.S. property; and

7. Information regarding transactions between the CFC and shareholders or related persons.

This article will discuss three lines of defense to the 5471 penalty.

The Form 5471 and its schedules are incredibly complicated. The preparation of this return should be left to seasoned professionals. Thus, the first line of defense is to select a tax professional that has significant experience preparing Form 5471s and file the Form 5471 or Form 5471s timely.

Second Line of Defense: Reasonable Cause

1. A return mailed in time but returned for insufficient postage.

3. Erroneous information from an IRS official.

4. Death or serious illness of the taxpayer or someone in his or her immediate family.

5. Unavoidable absence of the taxpayer.

6. Destruction of a business or business records by fire or other casualty.

7. A request proper for returns not timely furnished by the IRS.

8. An effort to obtain assistance or information necessary to complete the return by a personal appearance at an IRS office that was unsuccessful because the taxpayer, through no fault of his or her own, was unable to see an IRS representative.

With that said, a distinction is drawn between reliance on the act of a tax professional and reliance on the advice of a tax advisor.  In Haywood Lumber & Mining Co. v. Commissioner, 172 F2d 769, 771 (2d Cir. 1950), the court said: “When a corporate taxpayer selects a competent tax expert, supplies him with all necessary information, and requests him to prepare proper tax returns, we think the taxpayer has done all that ordinary business care and prudence can reasonably demand.” Consequently, advice sought and received in good faith from a competent adviser constitutes reasonable cause for failure to file a Form 5471. Finally, in certain limited cases, ignorance of law may be considered reasonable cause if other factors support this contention, such as the individual being a first-time 5471 filer or the individual required to file a Form 5471 is not fluent in english.

5 U.S.C.A. Section 706(2)(f) provides that courts may invalidate agency action that is “unwarranted by the facts to the extent that the facts are subject to trial de novo by the reviewing court. (5 U.S.C.A. Section 706 governs Administrative Procedure (“APA”) Cases. Although the Tax Court has held that the APA does not govern its review of agency actions, in practice the Tax Court’s review of the IRS is similar to that of the APA). When engaging in de novo review, a court can make its own independent finding of facts in addition to examining the record developed by the agency. Under this standard, the Tax Court has the ability to review an IRS 5471 penalty assessment. Unfortunately, an individual assessed a 5471 penalty may not simply just bring a case before the Tax Court and request de novo review of the penalty.  There are a number of  prerequisites to this sort of de novo review by the Tax Court. The first prerequisite to Tax Court de novo review is the filing of a Collection Due Process Hearing (“CDP”). Through a CDP, an individual can challenge the existence of a 5471 penalty based on the fact that he or she acted with reasonable cause or the IRS did not follow Section 6751 procedures, and/or the IRS abused its discretion in assessing 5471 penalties. Should the IRS improperly reject a 5471 penalty challenge in a CDP hearing, the taxpayer can request judicial review of the IRS’s penalty assessment and/or the IRS’s decision not to remove the 5471 penalty. The taxpayer then can challenge the existence of the underlying 5471 penalty in a CDP and before the United States Tax Court without first having to pay the penalty.

As assessable penalties, 5471 penalties are not subject to deficiency procedures. See Smith v. Commissioner, 133 T.C. 424, 428-430 (2009). Notwithstanding the absence of a notice of deficiency, a taxpayer may be able to dispute international penalties (without paying them first) by resisting IRS collection efforts through the Collection Due Process Hearing and then seeking review in the United States Tax Court. See Williams v. Commissioner, 131 T.C. 54, 58 (2008); Gardner v. Commissioner, 145 T.C. 161 (2015)(upholding Tax Court jurisdiction to review penalties in the Collection Due Process context). But this route to prepayment judicial review is available only if the individual “did not otherwise have an opportunity to dispute such tax liability.” See IRC Section 6330(c)(2)(B).

For example, in Yari v. Commissioner, 143 T.C. 157 (2014), aff’d,___F. App’x___, 2016 WL 5940054 (9th Cir. Oct. 13, 2016), the IRS assessed an “assessable penalty” against a taxpayer and issued him a notice of intent to levy. After receiving a notice of determination sustaining the levy, the taxpayer petitioned the United States Tax Court. There was no evidence in the record that the taxpayer had received notice of the assessment, that he had been offered the opportunity to protest the assessment, or (if so) that he had taken advantage of that opportunity. Under these circumstances, the Tax Court allowed the taxpayer to contest the amount of the penalty because he had not had a prior opportunity to dispute it.

Under this framework, an individual in a Collection Due Process Hearing case is entitled to challenge his or her underlying “assessable penalty” only if he or she did not have a prior opportunity to dispute it. For this purpose, a prior opportunity includes “a prior opportunity for a conference with Appeals.” See Treas. Reg. Section 301.6330-1(e)(3), Q&A-E2, Proced. & Admin. Regs. The United States Tax Court has sustained the validity of this regulation even though the taxpayer had no right to judicial review of the prior Appeals Office determination. See Lewis v. Commissioner, 128 T.C. 48, 60-61 (2007). Since Lewis, the United States Tax Court has consistently precluded an individual from raising a liability challenge in a “assessable penalty” case when he had an opportunity to present that challenge to the Appeals Office before the IRS commenced collection action.

This means if an individual had, and availed himself of, a prior opportunity of contesting an “assessable penalty” by filing a protest with IRS before a Collection Due Process Hearing was conducted, the IRS through a CDP and the Tax Court will not have jurisdiction to review a 5471 penalty under a de novo standard. In other words, an individual may raise a challenge to the existence or amount of his or her 5471 penalty liability under either a theory of reasonable cause and/or the IRS did not adhere to the 6751 rules.  This is the case even if an individual did not request an administrative hearing with the IRS to contest a 5471 penalty, if the IRS provided a taxpayer with an opportunity to contest the penalty through some resemblance of an appeals conference and the individual refused to participate in the hearing, this may deprive the individual of the ability to contest a 5471 penalty. See IRC Section 6330(c)(2)(B).

In the example above, Tom availed himself a prior opportunity to challenge the 5471 penalties as a result of Steve’s protest with the IRS. Tom was then offered, and Steve an opportunity to appeal (within the IRS) the 5471 penalty.  This process unquestionably afforded Tom “a meaningful opportunity to dispute * * * the 5471 penalty. Thus, Tom is precluded from disputing the 5471 penalties during the CDP hearing. And because Tom could not challenge his liability from the penalties at the CDP hearing, he is likewise precluded from disputing the penalties before the Tax Court. See Giamelli v. Commissioner, 129 T.C. (2007). Where there is or can be no challenge to the amount of the 5471 liability. However,  the Tax Court may still review the IRS determination for abuse of discretion which is discussed in more detail below.

Challenging a 5471 Penalty on Grounds that the IRS Acted Arbitrarily, Capriciously or Abused Its Discretion in Assessing the Penalty

Where there is or can be no challenge to the amount of a 5471 penalty under a de novo standard discussed above, the Tax Court will review a 5471 penalty for abuse of discretion only. An abuse of discretion may be set aside only if they are found to be “arbitrary, capricious, an abuse of discretion or otherwise not in accordance with law.” For example, in carrying out its adjudicatory duties, the IRS makes findings of fact. Under this standard, the Tax Court can set aside an IRS penalty assessment if the penalty is premised on facts “unsupported by substantial evidence.” See 5 U.S.C.A. Section 706(2)E).

“If the record before the agency does not support the agency action, if the agency has not considered all relevant factors, or if the reviewing court simply cannot evaluate the challenged agency action on the basis of the record before it, the proper court, except in rare circumstances, is to remand to the agency for additional investigation or explanation. The reviewing court is not generally empowered to conduct a de novo
injury into the matter being reviewed and to reach its own conclusions based on such an inquiry.” See Florida Power & Light Co. v. Lorion, 470 U.S. 729, 744 (1985).

Although the remedies available to individuals are not as broad under the abuse of discretion standard, a remand to the IRS for further consideration may prove to be very useful in facilitating a successful resolution to a 5471 penalty. A remand will likely be under the supervision of the Tax Court. At a minimum, a remand should provide the individual contesting a 5471 penalty a more fair process and it may even invite an IRS concession of a 5471 penalty or a favorable settlement.  Finally, if the IRS violated Section 6751 when assessing a 5471 penalty, the Tax Court may compel the IRS to concede the penalty.

5471 penalties can be significant. If you have been assessed a 5471 penalty, it is important to have an international tax attorney well versed in the preparation of the Form 5471 and experienced in contesting Form 5471 penalties determine a course of action to remove the penalty as early as possible.