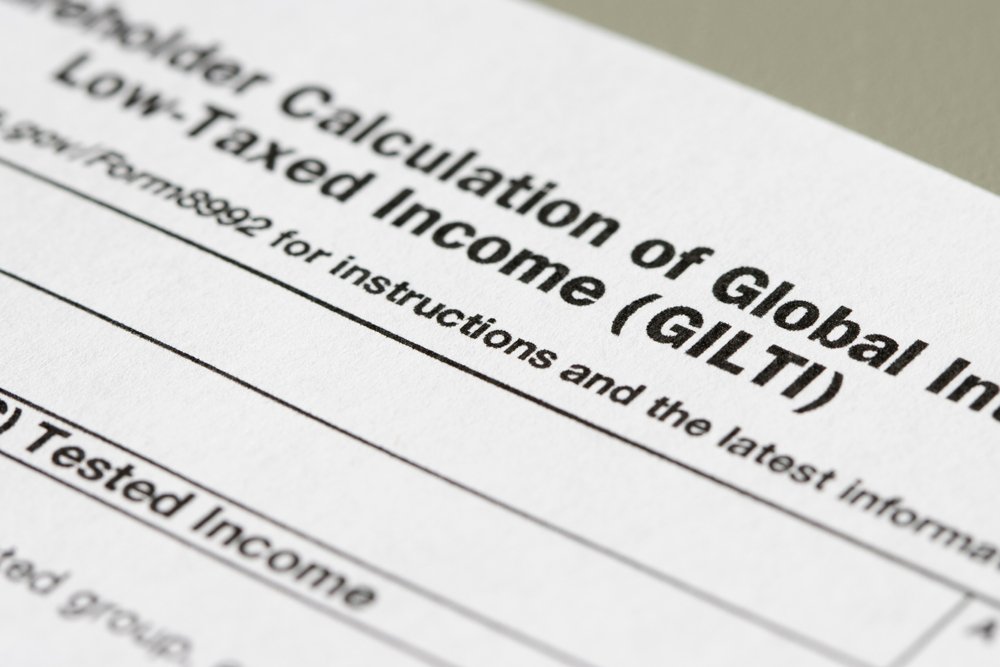 Internal Revenue Code Section 962 allows an individual U.S. shareholder of a CFC to elect to be subject to corporate income tax rates on Subpart F inclusions and global intangible low-tax income (“GILTI”). According to the legislative history of Section 962, “[t]he purpose of [Section 962] is to avoid what might otherwise be a hardship in taxing a U.S. individual at high bracket rates with respect to earnings in a foreign corporation which he or she does not receive. Section 962 gives such individuals assurance that their tax purposes, with respect to these undistributed foreign earnings, will be no heavier than they would have been had they invested in an American corporation doing business abroad.” See S.Rep. No. 1881, 87th Cong. 2d Sess. 92 (1962).

Historically, because corporate and individual rates were both so high, Section 962 elections were economically disadvantageous and thus not used. The attractiveness of Section 962 elections changed drastically as of January 1, 2018. This is because corporate rates fell to 21 percent, and the effective tax rate that U.S. C corporations pay on their GILTI income is only 10.5 percent (after accounting for a 50 percent Section 250 deduction). Individuals, on the other hand, pay 37 percent on all their GILTI income, and are not permitted to take a 50 percent deduction under Internal Revenue Code Section 250. CFC shareholders making a 962 election are also permitted to offset some of their federal tax liability with foreign tax credits.

Individuals making a 962 election will be permitted to claim a Section 250 deduction. A Section 250 deduction allows U.S. shareholders to deduct (currently 50%, but decreases to 37.5 percent but decreases to 37.5 percent for taxable years beginning after December 31, 2025) of the corporation’s GILTI inclusion (including any corresponding Section 78 gross-up).

Since Tom did not make a Section 962 election, for U.S. federal income tax purposes, he cannot receive a deduction for the foreign income taxes paid by his CFC.

As discussed above, CFC shareholders making a Section 962 election are taxed at favorable corporate rates on subpart F and GILTI inclusions. CFC shareholders can also claim foreign tax credits for the foreign taxes paid by the CFC. However, when an actual distribution is made from income previously taxed (“PTEP”), the distribution less any federal taxes actually paid under the 962 election will be taxed again.

The Internal Revenue Service (“IRS”) must be notified of the Section 962 election on the tax return. There are no special forms that need to be attached to a tax return. However, the individual making a 962 election file the federal tax return with an attachment. According to the 962 regulations, the attachment making the 962 election must contain the following information:

We will now discuss the pros and cons of making a Section 962 election.

Pros to Making a Section 962 Election

The benefits of making a 962 election is that it provides the CFC shareholder with an opportunity to be taxed for federal income tax purposes at 10.5 percent. It also allows the CFC shareholder the opportunity to claim 80 percent of foreign tax credits. As discussed above, making a 962 election converts the E&P for purposes of Section 959 to PTEP. In certain cases this may allow shareholders of a CFC plan shareholder loans or investment in U.S. property without triggering the recognition rules of Internal Revenue Code Section 956. Section 956 is an anti-abuse rule designed to prevent the enjoyment of the benefit of repatriation to the United States of untaxed foreign earnings. Section 956 imposes an immediate tax on the U.S. shareholder’s proportionate share of the CFC’s E&P if the CFC invests in U.S. property. U.S. property includes things such as loans to U.S. borrowers and investments in U.S. real estate.

A 962 election also provides simplicity in that a CFC shareholder can potentially obtain more favorable rates without the cost of restructuring a CFC. In addition, a 962 election provides flexibility. It can be made annually.

Cons to Making a Section 962 Election

Although a 962 election is less complicated than restructuring a CFC to obtain beneficial tax rates and allows a deferral of some foreign source income from taxation, its calculations can be tedious and thus there typically is an added compliance cost. A 962 election also subjects the CFC shareholder to a second layer of tax. This may result in the CFC paying more federal tax than doing nothing in the long run. Furthermore, this second layer of tax may or may not qualify for reduced corporate dividend rates under a tax treaty.

Finally, the regulations provide that multinationals are generally required to combine tested units that are attributed gross income less than the lesser of 1% of the gross income of the CFC or $250,000. This proposed de minimis combination rule would apply to combine tested units that are not residents of, or located in, the same foreign country.

Pros to Making a Section 954 Election

The regulations promulgated by the IRS and Treasury allows a CFC shareholder to make a high tax exception to Subpart F income or GILTI inclusions. This exception applies to the extent the foreign income from the CFC exceeds 90 percent of the U.S. federal corporate tax rate. Consequently, if the effective foreign tax rate exceeds 18.9 percent, the CFC shareholder can elect to utilize the high tax exception. This option is far more simple than the 962 election. Thus, the compliance cost should be less than a 962 election. When a high tax exception is used, the CFC retains undistributed profits as E&P. If the CFC is incorporated in a country that has entered into a double tax treaty with the United States, it is possible that the dividend may result in a reduced qualified dividend rate. Making a Section 954 election also eliminates the second layer of tax associated with making a 962 election.

Cons to Making a Section 954 Election

The high tax exception results in the CFC retaining undistributed profits as E&P. On the other hand, when a CFC shareholder makes a 962 election, the retained E&P is classified as a PTEP. This classification difference makes a big difference for cross-border tax planning. CFC shareholders who make a 954 election cannot make loans to U.S. borrowers and make investments in U.S. real estate from the CFC’s retained earnings. In addition, foreign tax credits may be lost through the use of a 954 election. Finally, a 954 election must be made with respect to all CFC’s controlled by the CFC. The election cannot be made on a CFC basis. This may result in the loss of cross-crediting of high-taxed CFC’s foreign taxes.

1. A minimum 15 percent effective tax rate as per OECD Pillar 2;

2. Calculation of GILTI on a country by country basis;

3. A reduction of the GILTI QBAI from ten to five percent;