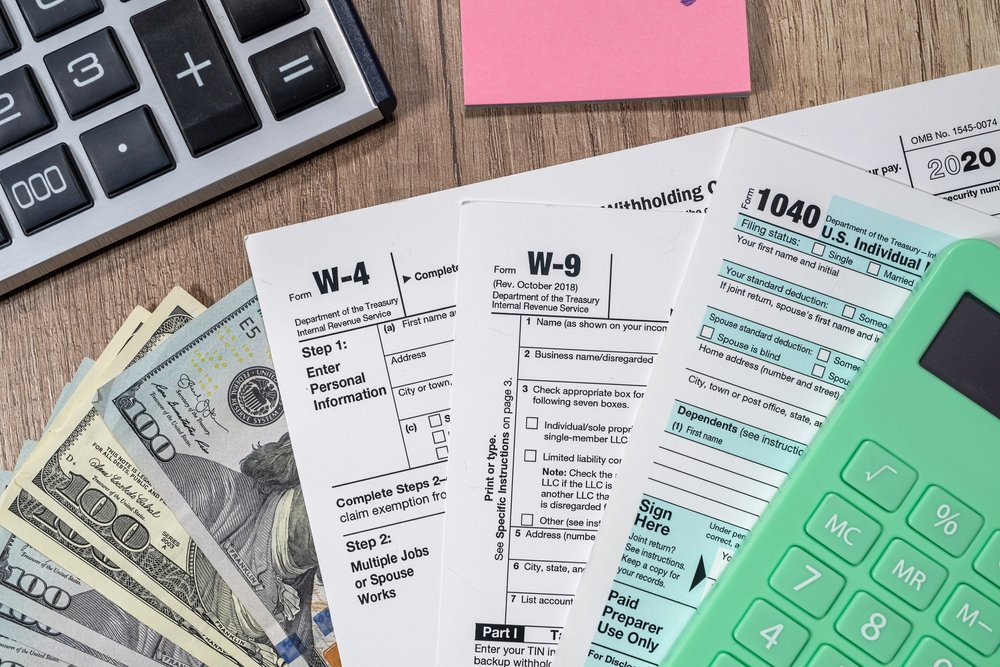 In 1971, Congress enacted the domestic international sales corporation (“DISC”) in an attempt to stimulate U.S. exports. A DISC allowed a U.S. exporter to avoid U.S. tax on a portion of its export profits by allocating those profits to a special type of domestic subsidiary known as a DISC. In 1984, Congress enacted the foreign sales corporation (“FSC”) provisions as a replacement for the DISC regime. A domestic corporation that established a FSC allocated a portion of its qualified export profits to the FSC and a pre-specified portion of the FSC’s profits were exempt from U.S. tax. The net effect of this arrangement was that a portion of a domestic corporation’s export profits was permanently excluded from U.S. tax at both the FSC and U.S. shareholder levels.

In 1998, the European Union filed a complaint with the World Trade Organization (“WTO”) claiming that the FSC and DISC regimes were violations of the General Agreement on Tariffs and Trade (“GATT”). WTO ruled that the FSC regime was an illegal export subsidiary and called for its elimination. In response to the WTO’s ruling, the United States enacted the Interest Charge-Domestic International Sales Corporation (“IC-DISC”) export tax incentive rules. An IC-DISC creates the opportunity to tax a portion of export related profits at lower tax rates, and to potentially export related income to future years.

Introduction to the IC-DISC

The IC-DISC was designed as a means by which a U.S. exporter could borrow funds from the U.S. treasury. An IC-DISC must be a domestic corporation with a single class of stock that has a minimum par value of $2,500. The IC-DISC can be a sister entity of the manufacturing corporation as well as a subsidiary of the manufacturing corporation. Although the IC-DISC itself is not a taxable entity, the IC-DISC’s U.S. shareholders are subject to tax on deemed dividend distributions from the IC-DISC which are treated as qualified dividends. Qualified dividends are generally taxed at 20 percent. In certain cases, the use of an IC-DISC can result in significant tax savings to its shareholders. These deemed distributions do not include income derived from the first $10 million of the IC-DISC’s qualified export receipts each year. Therefore, an IC-DISC allows a U.S. shareholder to defer paying U.S. tax on the income derived from up to $10 million of qualified export receipts each year. The IC-DISC generally may include in the $10 million its most profitable export sales.

The U.S. shareholder must pay an interest charge on its IC-DISC-related deferred tax liability, which equals the difference between the shareholder’s tax for the taxable year computed first with, and then without, the accumulated IC-DISC income of the shareholder that has been deferred over the years. Therefore, a U.S. shareholder must continue to pay interest on deferred IC-DISC income until that income is distributed or deemed distributed by the IC-DISC. The interest rate is the current market rate for 52-week Treasury bills. That rate is adjusted annually and applies for the fiscal year ending September 30th. IC-DISC shareholders compute the interest charge on Form 8404, Computation of Interest Charge on DISC-Related Deferred Tax Liability, and the interest is due on the same date as the shareholder’s regular tax return, without extensions. No estimated tax payments are required with respect to the interest charge. See Practical Guide to U.S. International Transactions, CCH (2007), Robert J. Misery and Michael S. Schadewald.

To qualify as an IC-DISC, the domestic corporation must pass both a gross receipts and export assets test.

1) Gross receipts from the sale, exchange, or other disposition of export property;

2) Gross receipts from the lease or rental of export property for use outside the United States;

3) Gross receipts for services that are related in or are subsidiary to any exchange of property;

4) Interest on any obligation that is a qualified export asset;

5) Gross receipts for engineering or architectural services for construction projects located outside the United States; and

6) Gross receipts for the managerial services for furtherance of production or other qualified export receipts.

4) Assets used primarily in connection with the production of qualified export receipts receipts, and

Sales of Export Property by An IC-DISC

Although exports often think of newly manufactured property as export property, the property can be used equipment or even scrap. There are three requirements for an IC-DISC to receive income from a sale of export property:

1) the property must be manufactured, produced, grown or extracted in the United States by a person other than the IC-DISC;

2) The export property must be held primarily for sale, lease or rental for direct use, consumption or disposition outside the United States; and

3) The export property must have a minimum of 50 percent U.S. content.

The export property must satisfy a destination test, which means it must be held for sale, lease or rental in the ordinary course of business for direct use, disposition or consumption outside the United States.

Property satisfies the destination test if it is delivered to a freight forwarder for ultimate shipment abroad. Property also satisfies the destination test if it is sold to a purchaser in the United States, provided the property does not undergo further manufacturing by the purchaser prior to export and the property is shipped to a foreign destination within one year. Under this destination test, what may seemingly be domestic sales could qualify as export sales. The purchasers of an exporter’s product will have to provide the exporter with information showing that the product was exported and, if the domestic purchaser cooperates, the IC-DISC can benefit from these sales.

The law is somewhat vague regarding what constitutes further manufacturing in the United States. In General Electric Co., TC Memo. 1995-306, the Tax Court denied an export benefit, finding that the jet engines General Electric manufactured were subject to further manufacturing when they were assembled into Boeing’s jet planes to be delivered overseas. However, the Second Circuit Court of Appeals reversed, finding that: 1) the airplane industry recognizes aircraft and engines as legally distinct and separate; and 2) affixing a completed product to another does not constitute manufacturing. Below, please see Illustration 1. which demonstrates the destination test.

TireCo, a U.S. corporation, manufactures automobile tires in the United States with U.S. materials. TireCo, through its IC-DISC, sells its tires to General Mistake, a U.S. auto manufacturer, which affixes the tires to its new automobiles that are exported to Germany. The IC-DISC can benefit from the sale of its tires to General Mistake because the final destination of the automobiles is outside the United States. By affixing the tires to vehicles is not the furthering of manufacturing.

An exporter can receive an IC-DISC benefit on sales to a foreign subsidiary. However, only the amount earned by the IC-DISC (and not its foreign subsidiary) qualifies. Five types of property are ineligible to be qualified export property. Ineligible property includes: 1) property rented for use by a related party; 2) intellectual property other than films, tapes, records, or computer software; 3) unprocessed software timber; 4) products, such as oil or coal, for which a depletion deduction is allowable; and 4) property the President designates as being in short supply.

The IC-DISC rules permit the use of different methods to different sales based on product lines, recognized industry or trade usage, and even by transaction. The first way to maximize IC-DISC income is through grouping. Grouping refers to the exporter maximizing the IC-DISC’s commission by separating high-margin sales from low-margin sales. Exporters have considerable flexibility in grouping. An exporter’s product or product line grouping will be accepted if the groupings conform to recognized trade or industry usage or the two-digit major groups (or inferior classifications) of Standard Industrial Classification codes. In addition, within the same taxable year, an exporter can use another product line.

An overall profit limitation restricts the combined taxable income of an exporter to an amount equal to full costing combined taxable income from all sales (domestic and foreign) multiplied by the ratio of qualified export receipts to total receipts (domestic and foreign). Because of this limitation, marginal costing is advantageous only when export sales are less profitable than domestic sales.

A third technique for increasing the IC-DISC’s income is expense allocations. Combined income equals the excess of qualified export receipts over the total costs of the exporter, which includes deductions that are related to export sales (e.g., cost of goods sold) and a ratable portion of any deductions that are not related to any specific class of gross income (e.g., interest expense and selling, general and administrative expenses). Therefore, individuals can increase combined taxable income and, in turn, the amount of its IC-DISC’s income, by developing defensible apportionment bases that allocate fewer deductions against qualified export receipts.

One of the major innovations of the DISC system of tax deferral lay in the ability of the DISC to make its undistributed export profits available to its U.S. parent manufacturing company (or any other U.S. manufacturer of the export property) through “producer’s loans” without losing the benefit of the tax deferral. Because a producer’s loan is not taxed as a dividend, it affords a U.S. parent company a means of withdrawing the tax-deferred export profit of the IC-DISC at no tax cost, except the interest on the shareholder’s deferred tax.

A “producer’s loan” must meet certain requirements. The loan must be designated a “producer’s loan;” it must be evidenced by a note with a term of not more than five years; it can be made only to a person engaged in the United States in the production of export property; and, when added to the unpaid balances of other producer’s loans, it must not exceed the accumulated IC-DISC income. To insure that outstanding loans to a particular borrower will qualify as producer’s loans only to the extent of that borrower’s export-related assets, the cumulative amount of loans to a given borrower is limited to an amount determined by multiplying the sum of:

1) The amount of the borrower’s adjusted basis in plant, machinery, equipment, and supporting production facilities in the United States;

2) The amount of the borrower’s property held for sale, lease, or rental to customers in the ordinary course of business; and

Upon termination of the DISC election or disqualification of the DISC, the earnings and profits of the DISC on which U.S. taxes have been deferred during the years in which the corporation qualified as a DISC are deemed distributed to the shareholders.

The IC-DISC offers exporters a significant tax savings opportunity. The Foreign Derived Income (“FDII”) is another export incentive available to businesses that export goods and services. Our experienced international tax attorneys can help you determine if an IC-DISC or FDII tax regime can be utilized to reduce your U.S. tax burden.