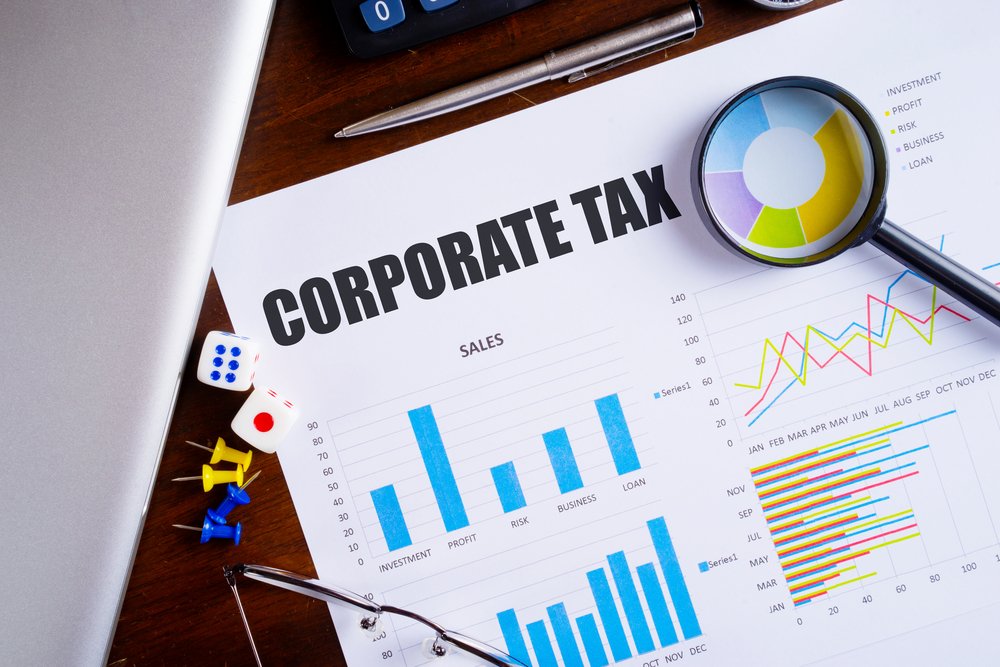 In addition to removing foreign operations from the U.S. taxing jurisdiction, the corporate group may derive further advantage from the inverted structure by reducing U.S. tax on U.S. source income through various earnings stripping or other transactions. This may include earnings stripping through payment by a U.S. corporation of deductible amounts such as interest, royalties, rents, or management service fees to the new foreign parent or other foreign affiliates. In this respect, the post-inversion structure enables the group to employ the same tax reduction strategies that are available to other multinational corporate groups with foreign parents and U.S. subsidiaries, subject to the same limitations

Inversion transactions may give rise to immediate U.S. tax consequences at the shareholder and/or the corporate level, depending on the type of inversion. In stock inversions, the U.S. shareholders generally recognize gain (but not loss) under Internal Revenue Code Section 367(a), based on the difference between the fair market value of the foreign corporation shares received and the adjusted basis of the domestic corporation stock exchanged. To the extent that a corporation’s share value has declined, and/or it has many foreign or tax-exempt shareholders, the impact of this section 367(a) “toll charge” is reduced. The transfer of foreign subsidiaries or other assets to the foreign parent corporation also may give rise to U.S. tax consequences at the corporate level (e.g., gain recognition and earnings and profits inclusions). The tax on any income recognized as a result of these restructurings at one time could be reduced or eliminated through the use of net operating losses, foreign tax credits and other attributes.

In asset inversions, the U.S. corporation generally recognizes gain (but not loss) under Internal Revenue Code Section 367(a) as though it had sold all of its assets, at one time, the shareholders did not recognize gain or loss assuming the transaction met the requirements of a reorganization under Internal Revenue Code Section 386. See The House Ways and Means Committee Report accompanying the enactment of the 2004 JOBS Act describes the corporate inversion problem.

To remove the incentive to engage in corporate inversion transactions, Internal Revenue Code Section 7874 was enacted to combat the practice of “inverting” a U.S.- based multinational group into a foreign corporate structure in order to minimize U.S. federal income taxation. If the shareholders of the U.S. parent company receive 80 percent or more of the new foreign parent’s stock the new foreign parent is deemed an inverted corporation and taxed as a U.S. corporation. In addition, if at least 60 percent but less than 80 percent of the new foreign parent’s stock is acquired by the shareholders of the U.S. parent, the foreign parent will be treated as a “surrogate foreign corporation,” resulting in “inversion gain” being recognized by an “expatriated entity” in the expatriation transaction from the transfer of stock (or other property or from a license) is fully taxable without offset by credits, losses, or other tax attributes, and for the following ten years the expatriated entity’s gain on transfers (excluding sales of inventory in the ordinary course of business) or licenses to a “foreign related person also is taxable without offset.” For these purposes, an expatriated entity (that is subject to these special tax rules) is the U.S. parent (or a U.S. partnership) and any “related person.”

The first type of inversion is a transaction is a transaction in which, pursuant to a plan or series of related transactions: 1) a U.S. corporation becomes a subsidiary of a foreign-incorporated entity or otherwise transfers substantially all of its properties to such an entity in a transaction; 2) the former shareholders of the U.S. corporation hold (by reason of holding stock in the U.S. corporation) 80 percent or more (by vote or value) of the stock of the foreign-incorporated entity after the transaction; and 3) the foreign-incporporated entity, considered together with all companies connected to it by a chain of greater than 50 percent ownership (i.e., the “expanded affiliated group”), does not have substantial business activities in the entity’s country of incorporation, compared to the total worldwide business activities of the expanded affiliated group. The provision denies the indeed tax benefits of this type of inversion by deeming the top-tier foreign corporation to be a domestic corporation for all purposes of the Internal Revenue Code.

In determining whether a transaction meets the definition of an inversion under the proposal, stock held by members of the expanded affiliated group that includes the foreign incorporated entity is disregarded. For example, if the former top-tier U.S. corporation receives stock of the foreign incorporation entity (e.g., so-called “hook” stock), the stock would not be considered in determining whether the transaction meets the definition. Similarly, if a U.S. parent corporation converts an existing wholly owned controlled foreign corporation, the stock of the new foreign corporation would be disregarded. Stock sold in a public offering related to the transaction also is disregarded for these purposes.

The second type of inversion is a transaction that would meet the definition of an inversion transaction described above, except that the 80-percent ownership threshold is not met. In such a case, if at least a 60-percent ownership threshold is met, then a second set of rules applies to the inversion. Under these rules, the inversion transaction is respected (the foreign corporation is treated as foreign), but any applicable corporate-level “toll-charges” for establishing the inverted structure are not offset by tax attributes such as net operating losses or foreign tax credits. In addition, any applicable corporate income or built-in gains must be recognized.

These rules also apply to certain partnership transactions. Specifically, to transactions in which a foreign-incorporated entity acquires substantially all of the properties constituting a trade or business of a domestic partnership, if after the acquisition at least 60 percent of the stock of the entity is held by former partners of the partnership (by reason of holding their partnership interests), provided that the other terms of the basic definition are met. For purposes of applying this test, all-partnerships that are under common control within the meaning of Internal Revenue Code Section 482 are treated as one partnership. In addition, the “toll charge” applies at the partner level.

In addition, Internal Revenue Code Section 4985 imposes an excise tax on certain individuals who hold stock options and other stock-based compensation in a corporation in the case of certain inversion transactions involving the corporation. The excise tax applies to the value of specified stock compensation held, directly, or indirectly, by or for the benefit of a disqualified individual, or a member of the individual’s family (as defined in Internal Revenue Code Section 267), at any time during the 12-month period starting six months before the corporation’s expiration date. See IRC Section 4985(a)(2). The rate of the excise tax is equal to the preferential rate of long-term capital gains in Internal Revenue Code Section 1(h)(1)(C)(20 percent under current rules). See IRC Section 4985(a)(1). A disqualified individual is any individual who is, with respect to a corporation, at any time during the 12-month period starting six months before the corporation’s expatriation date, subject to the requirements of Section 16(a) of the Securities and Exchange Act of 1934 with respect to the corporation or any member of the corporation’s expanded affiliated group, or who would be subject to those requirements if the corporation were an issuer of securities referred to in the provisions of the securities laws. See IRC Section 4985(e)(1). This group generally includes certain top-level officers, directors, and ten-percent-or-greater shareholders of a corporation.

Exception to the Anti-Inversion Rules

The anti-inversion tax recognition rules do not apply where: 1) the transferee is a foreign partnership; 2) less than substantially all of the assets are transferred; or 3) substantial activities are conducted in the country where the new holding company is located. These factors include the history of conducting business in the jurisdiction, the nature of the services (e.g. ordinary trade or business managerial, sales activities and other activities that are material to the corporate group’s overall business objectives factors would be favorable) and ownership by the inverted company by persons who are residents of that company. According to the Income Tax Regulations, the substantial activities test is met only if the following tests are met:

3. Group assets. The value of the group assets located in the relevant foreign country is at least 25 percent of the total value of all group assets on the applicable date.

4. Group income. The group income derived in the relevant foreign country is at least 25 percent of the total group income during the testing period.

Application of the Anti-Inversion Rules

Below, please see Illustration 1., and Illustration 2., which demonstrates the applicability of the anti-inversion rule.

U, a publicly held U.S. C corporation, owns F, a controlled foreign corporation, H, a foreign corporation incorporated in the British Virgin Islands, is formed and H forms a U.S. acquisition corporation known as UQ In a transaction designed to be what would otherwise be a tax-free triangular reorganization under Internal Revenue Code Section 368(a)(2)(D). U’s shareholders receive 100 percent of the shares of H as U merges into UQ. The resulting structure has the former U shareholders now owning all the shares of H. UQ, which comprises the operating business of the former U, now owns F and distributes F’s shares to H. Gain on UQ’s distribution of F’s shares to H should be eliminated via foreign tax credits.

Under the anti-inversion rules, the former U shareholders own 80 percent or more of H and both 1) U transfers substantially all of its property to H and 2) the group of H, UQ, and F does not have substantial business activities in H’s country of incorporation compared to the total worldwide business activities of the group. As a result, H is treated as if it were a U.S. corporation that will incur tax on its worldwide income (the U.S. shareholders will not have to recognize gain under the outbound toll charge).

UQ will recognize gain on the distribution of the distribution of the F shares to the extent their fair market value exceeds basis. Furthermore, the former U shareholders should incur the outbound toll charge to the extent that the fair market value of the H shares received exceeds their basis in the U shares. Moreover, because the former U shareholders own at least 60 percent (but less than 80 percent) of the shares of H, all gain recognized may not be reduced via any foreign tax credits or net operating losses over the next 10 years.

The Individual Inbound Foreign Investor and The Anti-Inversion Rules

The area of cross-border transfers and reorganizations is an incredibly complicated area. This is particularly true when dealing with the anti-inversion rules. As discussed above, the anti-inversion rules not only target large multinational corporations, these rules may also directly impact the individual foreign investor. The professionals at Diosdi Ching & Liu, LLP have substantial experience assisting our clients with international tax transactions.