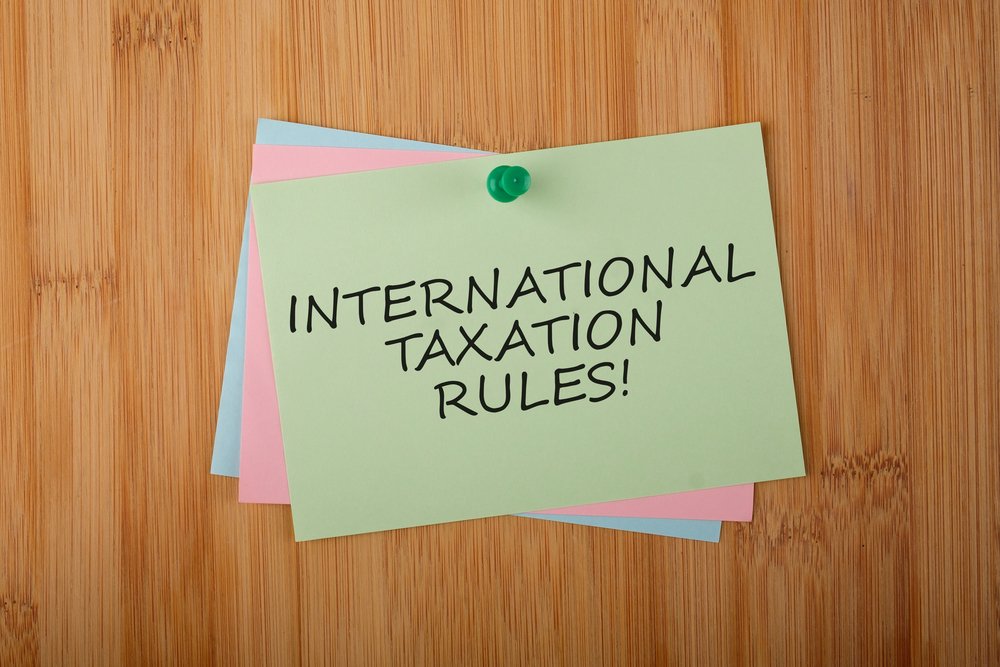 International taxation from the U.S. federal tax perspective is traditionally divided into two primary topics, inbound foreign investment by nonresident aliens and foreign entities, and outbound investment by U.S. persons and corporations. In the individual foreign investor setting, inbound planning often requires a balancing of U.S. income tax considerations on one hand and U.S. federal estate and gift tax considerations on the other. As a result, for many foreign direct investors, the most important tax consideration is the U.S. federal estate tax and gift taxation. The federal estate and gift tax ranges from 18 percent to 40 percent of a U.S. estate. See IRC Section 2001(c). A non-U.S. resident’s gross estate is composed of U.S. situs property at either the time of the transfer or the time of death. See IRC Section 2104(b). Internal Revenue Code Section 2102(c)(3)(A) applies a unified credit of $13,000, equivalent to a $60,000 exemption for a nonresident who is not a citizen of the United States, unless an applicable estate tax treaty allows a greater credit. Given the fact that most U.S. estates, greatly exceed the $13,000 available to direct foreign investors, planning is extremely important for any direct foreign investors to avoid the estate and gift tax.

In the outbound U.S. foreign investor setting, investments are designed to avoid the CFC, PFIC, and subpart F rules of the Internal Revenue Code. U.S. foreign investors also attempt obtain tax savings through exploitation of differences between the U.S. and foreign rules known as tax arbitrage. Typically, little thought is given to estate and gift tax consequences. As will be discussed in more detail below, ignoring the U.S. estate and gift tax consequences outbound foreign transaction may trigger could have serious consequences.

As a brief background, gift taxes are imposed on taxable gifts. Estate taxes are imposed on items included in a decedent’s taxable estate. A U.S. person’s gross estate consists of one’s home, bank accounts, investments, worldwide property, revocable transfers, transfers taking effect on death, transfers with a retained life estate or (to a limited extent), transfers within three years of death at either the time of transfer or the time of death. Estates of decedents dying in 2019 are allowed a Section 2010 credit of $11.4 million per individual in 2019. This means that if an individual dies in 2019, he or she can leave $11.4 million to heirs and pay no estate tax. The estate and gift tax rates currently range from 18 to 40 percent. Even though the unified credit for estate and gift tax is relatively high, this does not mean the estate and gift tax should be ignored in transactions involving outbound international investments.

The following examples come from our experiences and illustrates situations in which U.S. individual foreign investors may have subjected their heirs to U.S. estate and gift taxes.

Historically, an individual who relinquished his or her U.S. citizenship with a principal purpose of avoiding U.S. taxes was subject to special U.S. income, gift, and estate tax rules under Internal Revenue Code Sections 877, and 2107 for a period of ten years after the expatriation. HIPAA substantially expanded Internal Revenue Code Section 877 to apply not only to expatriating U.S. citizens but to certain long-term residents (those having U.S. permanent resident status in 8 of the 15 years preceding termination of residency) as well. Most departing individuals will be subject to the tax without regard to the subjective reason for abandoning U.S. citizenship or residency. Specified categories of citizens and long-term residents may be able to establish that they did not have a principal purpose of tax avoidance by obtaining a ruling to the effect. Because Terry renounced his green card one year prior to his death, Internal Revenue Code Section 877 will draw the value of the foreign holding companies back to his estate for estate tax purposes.

The above examples demonstrate the importance of having a qualified international tax attorney review all foreign transactions.