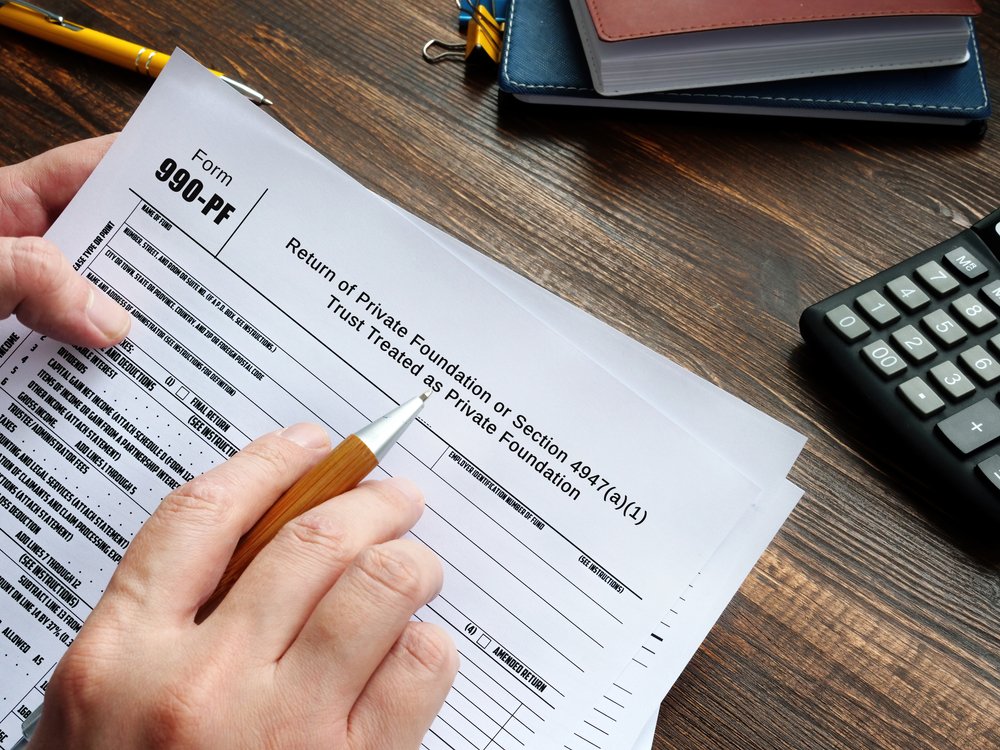 “Private Foundation or Family Foundation (PF) can let you control your legacy, reduce your income taxes and impact your values to future generations. Family foundations provide living donors with flexibility as to the trimming of gifts. For instance, a donor may in one year have particularly high income and wish to take full advantage of the income tax deduction for a cash gift to a foundation (individual taxpayers may deduct up to 30% of their adjusted gross income for cash gifts), without deciding in that same year on the final charitable recipients. In a subsequent lean year, the foundation will have available additional funds for giving that, in the meantime, have been earning virtually tax-free income. First of all, a private foundation is a special, not-for-profit entity. It is organized exclusively for charitable, educational, religious, scientific and literary purposes under Section 501(c)(3) of the Internal Revenue Code. It is a flexible entity that enables you to engage in a variety of innovative charitable strategies. You can attend local and national associations and fundraising meetings to learn best practice models and compare practices in the field.”

Charities were investigated by Congress, Treasury, and the IRS from 1961 until the 1969 Tax Reform Act. Actually, the investigations began in 1952, with the study of unrelated business income. All of the investigations culminated in 1969 with the 1969 Tax Reform Act. The conclusion of the various investigations was that family or closely held foundations needed to be regulated. The investigations found that there was unchecked 1) self-dealing; 2) failure to make distributions for charitable purposes; 3) excessive business involvement; 4) use of foundations to control closely held businesses; 5) non charitable activity, including politics; and 6) closed management. These were commonly accepted perceived abuses. In response, recommendations were made from the elimination of family foundations or limiting the time period they could exist to imposing excise taxes as was ultimately done. Congress concluded these abuses do not exist in publicly supported organizations or in organizations carrying on certain activities, such as universities and hospitals. The 1969 Tax Act therefore established two concepts. First, the concept (definition of) of a private foundation and, secondly, the concept of excise taxes that would prohibit/tax the abuses found to exist by Congress.

As indicated, Congress found that the abuses in the charity areas did not occur in charities supported by the public or charities involved in certain activities. Those public type charities had been eligible for favorable treatment for income tax deduction purposes in Internal Revenue Code Section 170. In other words, a contribution to a public type charity as defined in Section 170 is entitled to an enhanced income tax deduction.

1) Church or convention of churches;

2) School, i.e., an educational organization which maintains a regular faculty and student body;

4) Foundation of state supported by a college or university;

6) Organization that receives substantial support from the public or the government.

There are two tiers of each tax. Level one is the tax imposed on the initial transaction. For example, the self-dealing (discussed below) 10 percent tax is imposed when it is discovered by the IRS. The organization and self-dealer are required to correct, or undo, the prohibited act of self-dealing within the correction period. If the act is not corrected, then a second level tax of 200 percent self-dealing tax is imposed. This means, if you receive a notice of a 10 percent tax for an act of self-dealing, you must act immediately in order to avoid a very serious second-tier 200 percent penalty.

2) A substantial contributor (contributes more than 2 percent of the foundation’s total contributions);

Family members of a manager or substantial contributors is defined as a spouse, ancestor, child, grandchild, or great-grandchild.

If the donor contemplates that any dealings between the foundation and disqualified persons will occur after the foundation is funded, other than 1) the payment of reasonable compensation for services and 2) the furnishing of goods and services to the foundation without charge, a private foundation will be an unsuitable vehicle for the donor’s needs.

A disqualified person and the private foundation enter into a transaction with each other (e.g., selling, exchanging or leasing property; lending money; or furnishing goods, services, or facilities);

The private foundation compensates or pays the expenses of a disqualified person;

The private foundation’s income or assets are used by or for the benefit of a disqualified person.

Self-dealing can occur in the following example:

There are some exceptions to the self-dealing prohibitions. For example, a private foundation can pay reasonable compensation to a disqualified person. Hence, Child can work for Dad’s foundation, if the work is appropriate and the compensation is reasonable. See IRC Section 4941(d)(2)(E).

Can a Private Foundation Hold a Family Business

An individual may be tempted to place his or her closely held business in a foundation. If so, he or she must be aware of Internal Revenue Code Section 4943, which generally prohibits a private foundation from holding substantial interest in active businesses. Subject to a 2 percent de minimis rule, a private foundation is prohibited from holding more than 20 percent of the voting stock in any corporation holding an active business.

A private foundation generally cannot: 1) make grants to individuals for travel, study, or similar purposes without advance IRS approval; 2) try to influence legislation or the outcome of any specific public election; 3) carry on a voter registration drive; 4) make a grant to an organization which is not a non charitable purpose. See IRC Section 4945.

A federal court can only adjudicate a declaratory judgment proceeding when: 1) when the action is commenced by a proper party (this means only the organization that is the subject of the declaratory judgment action can bring an action in court); 2) there is an actual controversy; 3) the IRS has made, or has failed to make, a “determination;” 4) the individual or organization bringing the case has exhausted all administrative remedies; and 5) the action is timely filed.

An organization must exhaust the administrative remedies available to it prior to commencing an action in court. These administrative remedies are discussed in detail in the income tax regulations and Revenue Procedures. The rules discussed in the Regulations and Revenue Rulings require a foundation to request the IRS to make a determination, to provide the IRS with information it requests, and to exhaust all administrative rights. In the case of a proposed revocation, the obligation to request a determination from the IRS can generally be satisfied by a properly filed protest. The issuance of an adverse determination letter on the merits by the IRS will generally be considered by the courts as evidencing that the exhaustion requirements have been satisfied by a foundation.

Any disqualified persons who engage in acts of “self-dealings” or managers of foundations that do not make proper distributions can find themselves in deep trouble with the IRS. An audit of a foundation can also result in the seeking to revoke the tax-exempt status of a foundation. In many cases, this can trigger a significant tax liability to the individual or individuals that established the foundation. In certain cases, a foundation may seek a declaratory judgment in court regarding the IRS’s determination to revoke the tax-exempt status of a foundation. If you have established a private foundation that is being audited by the IRS, make sure you consult a tax attorney that understands the complexities of the laws governing foundations and significant experience litigating tax controversies in federal court..

Diosdi Ching & Liu, LLP has offices in San Francisco, California, Pleasanton, California and Fort Lauderdale, Florida. Anthony Diosdi advises clients in domestic and international tax matters throughout the United States. Anthony Diosdi may be reached at (415) 318-3990 or by email: adiosdi@sftaxcounsel.com.