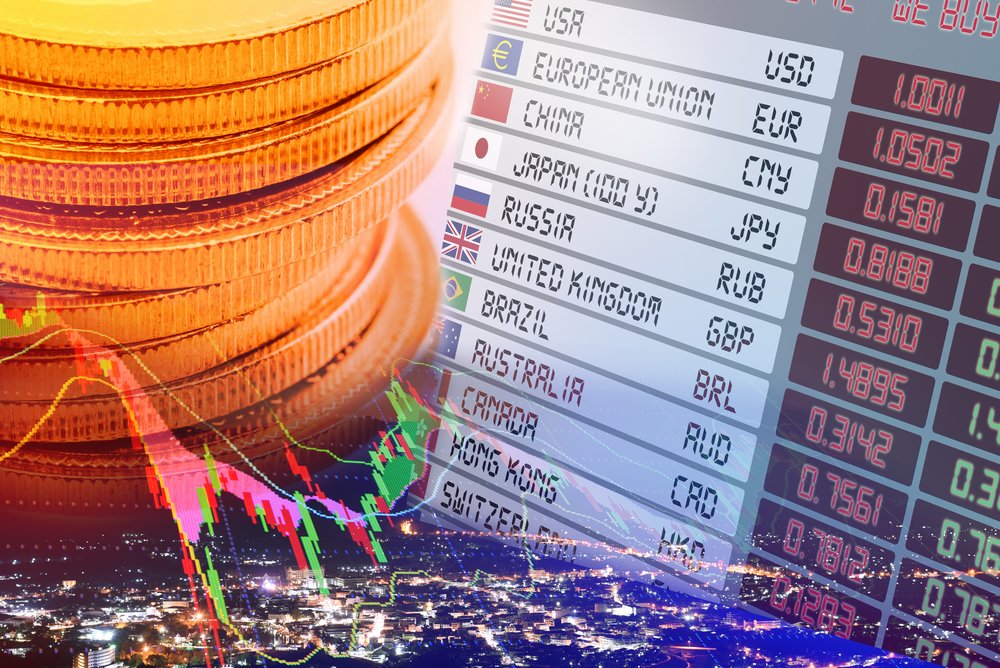 For U.S. citizens and residents that may be subject to the estate and gift tax, there are a number of planning opportunities available to mitigate the harsh consequences of the tax. Probably the most common planning option to mitigate the estate and gift tax is the use of a marital deduction. A marital deduction allows an individual to transfer an unrestricted amount of assets to his or her spouse at any time, included at the death of the transferor, free from estate taxes. The rules regarding marital deductions are significantly different for nonresidents. Even if the decedent is a U.S. citizen, the current unlimited marital deduction for property passing to the spouse at death does not apply to property passing to a noncitizen spouse unless the property passes through a Qualified Domestic Trust (“QDOT”) device.

Do all Foreign Investors Need to be Concerned About the U.S. Estate and Gift Tax?

While an alien may be classified as a (permanent) resident alien for immigration purposes and treated as a resident for U.S. federal tax purposes, these classifications are not determinative of the alien’s domicile for U.S. federal estate and gift tax purposes. Although the definition of residency for income tax purposes has been made substantially objective, the concept of domicile still is extremely subjective, focusing on the intentions of the alien as manifested through certain lifestyle-related facts.

“a person acquires a domicile in a place by living there, even if for a brief period of time, with no definite present intention of later removing therefrom. Residence without intention to remain indefinitely will not suffice to constitute domicile, nor will Intention to change domicile effect such a change unless accompanied by actual removal.” See Treas. Regs. Sections 20.0-1(b)(1) and 25.2501-1(b).

Thus, to be domiciled in the United States, physical presence must be coupled with the requisite. If a foreign investor is not domiciled in the United States (they do not have physical presence in the U.S. coupled with an intention to remain in the U.S.), the foreign investor will likely be subject to the nonresident U.S. estate and gift tax.

Once it is determined that the foreign investor will be treated as a nonresident for purposes of the U.S. estate and gift tax, the foreign investor must plan to mitigate or avoid the tax. There are a number of options available through the use of trusts and multi-tiered entities. Some foreign investors may utilize a treaty to eliminate or reduce his or her exposure to the U.S. estate and gift tax. The United States has estate tax treaties with Australia, Austria, Belgium, Denmark, Finland, France, Germany, Greece, Ireland, Italy, Japan, Netherland, Norway, South Africa, Switzerland, and the United Kingdom. The United States has gift tax treaties (some of which are combined with the estate tax treaty) only with Australia, Austria, Denmark, France, Germany, Japan, and the United Kingdom. The United States had an estate tax treaty with Canada. Although the U.S.-Canada estate tax treaty ceased to have effect with respect to estates of persons dying on or after January 1, 1985, a protocol in the U.S.-Canadian bilateral income tax treaty has far reaching effects upon Canadian individuals owning U.S. situs assets for U.S. estate tax purposes. The treaty provisions contained in these treaties prevail if there is a conflict with any estate or gift tax provision of the Internal Revenue Code. See IRC Section 7852(d).

Treaties and the Marital Deduction

As discussed above, the estates of nonresident aliens are generally not entitled to a marital deduction for U.S. estate tax purposes other than for property passing to a QDOT or when a surviving spouse is a U.S. citizen. With that said, certain treaties include particular terms that a skillful international tax professional can utilize to a foreign investor’s advantage to mimic a marital deduction in some cases. As a result, significant planning possibilities exist for individuals whose estate is projected to be eligible for related benefits under a marital deduction clause of a treaty.

The United States Estate, Gift ,and Generation Skipping Tax Treaties with Denmark and the United Kingdom

This provision is extremely potentially beneficial to the estates of many foreign investors from the United Kingdom. This treaty provision may exempt most if not all U.S. situs assets from the U.S. estate and gift tax as long as the worldwide assets of the investor does not exceed the applicable unified credit ($11,400,000 for 2019). In most cases, when a nonresident alien dies owning U.S. property, they will not only need to file an Form 706-NA “U.S. Estate Tax Return” and a Form 8833 “Treaty-Based Return Position Disclosure” with the IRS.

Not all treaties are as simple and generous as the United States’ treaties with Denmark and the United Kingdom. This is demonstrated by the U.S.-German estate tax treaty. Under the U.S.-German estate tax treaty, interspousal transfers are excluded from a qualifying decedent’s gross estate for U.S. estate tax purposes to the extent that their value does not exceed 50 percent of the value of all property included in the U.S. taxable base. This marital deduction is limited to the amount that would reduce the U.S. estate tax due to what would apply to U.S. citizens or resident aliens. Under the wording of the United States-German estate treaty, the estate would then be subject to U.S. tax in the lower amount of a) the figure determined using the marital deduction; or b) that generally imposed upon a nonresident aliens under U.S. law. In general, the treaty provides the following benefits to foreign investors that are residents of Germany:

1. The estate of German domiciliary may claim a proportion of U.S. estate unified credit based upon the respective values of the decedent’s U.S. gross estate and his worldwide gross estate.

To illustrate how the pro rata unified credit and the marital deduction are applied, the Treasury Department has provided a number of examples in the Treasury Department’s Technical Explanation to the protocol governing estate tax in the United States-German treaty illustrates the operation of the pro rata unified credit and marital deduction. The examples provided by the Treasury Department state as follows: for purposes of these examples, presume that: 1) H (the decedent) and W (his surviving spouse) are German citizen residents in Germany at the time of the decedent’s death; 2) H died in 2016, when the Section 2010 unified credit was $2,125,800 and the related applicable exclusion amount was $5,450,000; 3) the conditions set forth in the Protocol are satisfied; 4) no deductions are available under the Internal Revenue Code in comparing the U.S. estate tax liability.

The Canada Protocol significantly affects U.S. estate tax planning for Canadians investing in the U.S. (The Canada estate tax treaty ceased to have effect with respect to estates of persons dying on or after January 1, 1985; however, see the U.S.-Canada Income Tax Treaty regarding the application of estate and gift taxes). In particular, certain Canadian investors are now able to enjoy an estate tax marital deduction and own a greater number of U.S. assets directly without incurring U.S. estate taxes. These Canada Protocol provisions may be summarized through the following points and illustrations:

Point 1. Canadian residents are not subject to U.S. estate tax unless their gross worldwide estate exceeds $10 million (for 2018). Below, please see Illustration 1. Which demonstrates this point.

Justine Lieber owns a vacation home in Florida with a value of $5,000,000, unencumbered by a mortgage. His other worldwide assets amount to U.S. $5,000,000. There will be no U.S. estate tax whether or not Justine Lieber is survived by his spouse.

Point 2. A Canadian citizen who passes away owning U.S. assets is entitled to a credit against his U.S. estate tax liability in an amount equal to that proportion of the U.S. unified credit as his U.S. situated estate bears to his worldwide estate. Below, please see Illustration 2. Which demonstrates a hypothetical calculation of U.S. estate liability of a Canadian citizen/resident holding U.S. assets.

Bryan Bosling, a Canadian resident, owns vacation homes in California and Hawaii with value of $10,900,000, unencumbered by mortgage, and Canadian property valued at $10,900,000. If Bryan Bosling died, his estate, for U.S. estate tax purposes would be entitled to a credit of U.S. $4,417,800 [the U.S. $4,417,800 (for proration of unified credit for 2018) “unified credit” x [(U.S. assets)/(Worldwide assets) ($10,900,000 + $10,900,000 = $21,800,000]. U.S. Worldwide Assets x $4,417,800 unified credit (2018) = $96,308  Bryan Bosling’s estate tax will be U.S. $96,308 unless Bryan Bosling is married and makes a qualifying transfer to a Qualified Trust or uses Rule
Point 4. Instead of relying on the rule that allows a deduction for bequests by a Canadian resident to a non-U.S. citizen spouse provided assets are timely transferred to a QDOT, the U.S. will allow an election to be made for an additional nonrefundable marital credit up to the amount of the proportionate credit under Point 4 discussed above. The purpose of this limited marital credit was to alleviate, in appropriate cases, the impact of the estate tax marital deduction restrictions enacted by the Congress in the Technical and Miscellaneous Act of 1988 (“TAMRA”). The U.S. negotiators believed that it was appropriate, in the context of the Canada Protocol, to ease the impact of those TAMRA provisions upon certain estates of limited value.

Below, please find Illustration 3, which demonstrates the marital deduction under the U.S.-Canada treaty.

The facts are the same as in Illustration 3. Bryan Bosling leaves the U.S. residence to his Canadian spouse. The additional marital deduction “credit” equal to the $10 million “unified credit” will eliminate the $96,38 liability otherwise due, but any excess marital deduction credit does not result in a refund.

The France Protocol, which entered into force on December 21, 2006, gives French individuals partial marital deduction and U.S. unified credit entitlements similar to those discussed above in the United States-Germany estate, gift, and generation skipping treaty.

Individual foreign investors investing in the United States should understand that his domicile and/or citizenship will have an impact his or her exposure to U.S. estate and gift taxes. If an individual foreign investor resides in the United States or in a treaty country at the time he or she dies or makes a gift, a treaty may be available to substantially affect the ultimate taxation thereof. With that said, individual foreign investors and spouses of foreign investors must understand that treaty applications are not automatic. Once a nonresident dies owning U.S. situs property, depending on the value of the U.S. situs property, the estate of the nonresident investor may need to file a IRS Form 706-NA entitled “United States Estate (and Generation-Skipping Transfer) Tax Return” and IRS Form 8833 “Treaty-Based Position Disclosure Under Section 6114 and 7701(b).” Foreign investors that may be classified as nonresidents should also consider planning for the U.S. estate and gift tax by contacting a professional tax advisor who is well versed in international taxation. A properly skilled tax advisor can determine the potentially eligible for a marital deduction “credit.” A tax advisor can also put together a comprehensive plan to ensure a foreign investor’s U.S. situs and other assets are titled in a manner that will provide them with the lowest exposure to global tax liabilities.