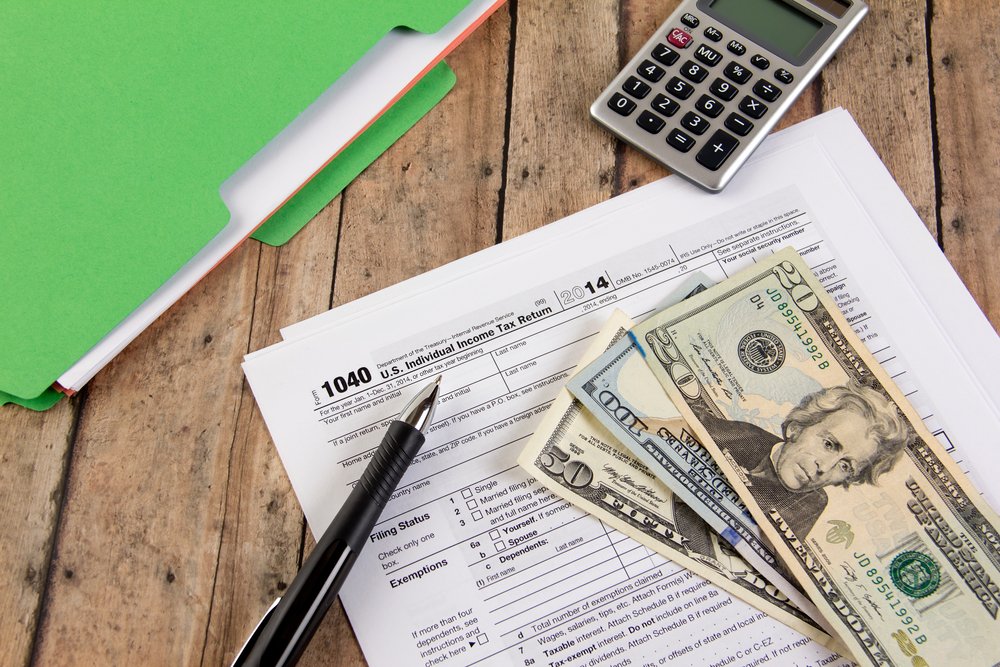 In 1970, Congress enacted what has commonly become known as the Bank Secrecy Act (“BSA”), as part of the Currency and Foreign Transactions Reporting Act. This was codified in Title 31 (“Money and Finance”) of the United States Code. The purpose of the BSA was to prevent money laundering by requiring the filing of reports and the retention of records where doing so would be helpful to the U.S. government in carrying out criminal, civil, tax, and regulatory investigations. One of the most important provisions of the BSA was Title 31 of the United States Code Section 5314(a) which provides in relevant part that:

The Secretary of the Treasury (“Secretary”) shall require a resident or citizen of the United States or a person in, and doing business in, the United States, to keep records, file reports, when the resident, citizens, or person makes a transaction or maintains a relation for any person with a foreign financial agency.

A careful reading of the statute indicates that it has two distinct requirements: 1) disclose a foreign financial account on a Foreign Bank Account Report Form FinCEN 114 (“FBAR”) and 2) the keeping and retaining of specific records related to the accounts listed on the FBAR informational return.

First, the statute mandates the following:

Each person subject to the jurisdiction of the United States (except a foreign subsidiary of a U.S. person) having a financial interest in, or signature or other authority over, a bank, securities or other financial account in a foreign country shall report such relationship to the [IRS] for each year in which such relationship exists, and shall provide such information as shall be specified in a reporting form prescription by the Secretary to be filed by such persons.

The above clearly demonstrates that not only must a holder of a foreign account report the account on his or her U.S. income tax return, the holder of a foreign account must also keep detailed records for five years after the account was disclosed on a U.S. tax return. The failure to report a foreign financial account on an FBAR and/or keep required records can result in the assessment of significant civil penalties. These penalties are discussed in more detail below.

Legislative History of the Willful FBAR Penalty and its Applicable Regulation

On October 22, 2004, with the signing into law of the Jobs Creation Act (“Jobs Act”), the penalties for not timely disclosing a foreign financial account greatly increased. Prior to the Jobs Act, federal law provided that the IRS could only impose a civil penalty on any person who “willfully” violated 31 USC Section 5314. Before the application of the Jobs Act of 2004, the willful FBAR penalty was $25,000 or the amount of the transaction (not to exceed $100,000), whichever was greater. See 31 U.S.C. Section 5321(a)(5)(A)(2000).

The Jobs Act enacted a new penalty scheme in cases where willfulness is demonstrated with the failure to timely file an FBAR. In the case of willful violations involving a financial “transaction” the IRS can impose a penalty of $100,000 or 50 percent of the amount of the financial “transaction,” whichever is greater. See 31 U.S.C. Section 5321(a)(5)(C)(i). As a federal administrative agency, the IRS has been delegated the power to administer a congressionally created law through rulemaking. In relation to rulemaking, the Administrative Procedure Act (“APA”) provides that “the agency shall give interested persons an opportunity to participate in the rulemaking through submission of written data, view, or arguments.” See 5 U.S.C.A. Section 553(c). As per its rulemaking authority, in 1987, the IRS properly promulgated 31 C.F.R. 1010.820(g). 31 C.F.R. 1010.820(g) is a regulation which provides guidance regarding the maximum limits of the willful FBAR penalty. This regulation capped the willful FBAR penalty to the greater of $25,000 or the account balance with a ceiling of $100,000. The IRS did not update 31 C.F.R. 1010.820(g) to conform to the Jobs Act which increased the willful penalty to the greater of $100,000 or 50 percent of the amount an undisclosed foreign account. The failure of the IRS to update 31 C.F.R. 1010(g) had unforeseen consequences to the government.

The IRS’ Own Regulation is Used Against the Government

In December 2016, the IRS initiated a lawsuit to reduce to judgment outstanding civil penalties against Colliot. The penalties were assessed against Colliot for willfully failing to disclose foreign accounts on FBAR informational returns. For 2007, the IRS assessed penalties of $548,773 for four separate FBAR violations. For 2008, the IRS assessed penalties of $196,082 for another four FBAR violations. The IRS also assessed smaller penalties in 2009 and 2010. On May 16, 2018, the U.S. District Court for the Western District of Texas held that the IRS cannot assess penalties in excess of the threshold set by 31 C.F.R. Section 1010.820(g) in connection with willful violations of FBAR requirements of the BSA. As discussed above, 31 C.F.R. 1010.820 provides that a willful FBAR penalty may be imposed in an amount not exceeding the greater of the amount (not to exceed $100,000) equal to the balance in the account at the time of violation, or $25,000. The regulation did not take into consideration the Jobs Act willful FBAR penalty increase or issue a new regulation. The district court held that C.F.R. 1010.820 was not implicitly superseded or invalidated by the statutory amendment. Rather, because the penalty statute authorizes discretionary authority to impose FBAR penalties, the court determined that the IRS should have either amended or repealed the existing regulatory guidance through the proper notice and comment rulemaking procedures. Consequently, the IRS acted arbitrary and capricious when it failed to apply the regulation cap to the penalties against Colliot.

On the heels of Colliot, the regulation that capped a willful foreign bank account reporting violation penalty at $100,000 was, again, addressed in U.S. v. Wahdan, 325 F.Supp.3d 1136 (D. Colo. 2018). In Wahdan, the United States District Court for the District of Colorado ruled on July 18, 2018, that the IRS, similar to the ruling in Colliot, exceeded its regulatory authority by assessing $2.3 million in penalties in connection with three separate alleged FBAR violations. In referencing Colliot, the Colorado district court ruled that the court in Colliot correctly applied the law to “cap” by way of a $100,000 per year ceiling the maximum willful FBAR penalty that may be assessed.

The Court of Claims Has a Different Opinion

In Kimble v. U.S. No. 17-421 (Fed Cl.), on August 24, 2018, the Department of Justice (“DOJ”) filed a Brief in opposition of motion for summary judgment which advocated that violations of willful FBAR penalties are capped at $100,000. In Kimble, the IRS assessed willful FBAR penalties in the amount of $700,000 against an individual. DOJ argued that language in the Internal Revenue Manual (“IRM”) does not support a $100,000 cap on willful FBAR penalties and that the IRM superseded C.F.R. 1010.820. DOJ also cited IRM 4.26.16.4.5.1, in which the IRS interpreted that the predecessor regulation did not apply to violations occurring after 2004 because of the statutory overhaul made during that year with respect to the willful FBAR penalty ceiling and thus, according to the IRS, the new unlimited penalty regime is self-executing.

In contrast to Colliot and Wahdan, the U.S. Court of Federal Claims held that the 2004 amended FBAR penalty structure superseded the implementing regulation, and thus, 31 C.R.F. 1010.820 is  no longer valid. Similar to Colliot, the Federal Court of Claims discussed the 2004 statutory amendment increasing the maximum willful FBAR penalty. However, in contrast to Colliot, the court opined that the regulation was invalid on Congress’ use of “shall” in Section 5321(a)(5)(C), as amended. Specifically, the court stated that Congress’ use of “shall” instead of “may” did not, as in Colliot, simply raise the ceiling of the penalty range for which the IRS could exercise discretion, but rather, “raised the new ceiling itself, and in so doing, removed the IRS’ discretion to regulate any other maximum.” In other words, the court determined that since the regulation is no longer consistent with the amended statute, the regulation is no longer valid. See Tax Notes International, September 3, 2018, at pg. 1065.

Although there is some disagreement among the courts, some courts will follow Colliot and Wahdam in capping the willful FBAR penalty. 31 C.R.F. 1010.820 was promulgated and issued under the prior statutory rule capped FBAR penalties to the greater of $25,000 or the account balance with a ceiling of $100,000, no corresponding amendment was made to the underlying regulations cited above. Unlike Kimble,  the Colliot and Wahdan courts were not convinced that the later in time issued statute of Section 5321(a)(5), and its higher ceiling superseded the old regulation. The ruling in Wahdan explained that the higher ceiling clearly exceeds the one set forth in the regulations, and the statute does not mandate the imposition of the maximum penalty and this is a matter of administrative and regulatory action. As the judge wrote in her opinion, “there is a simple and straightforward interpretation that gives coherent meaning to both the statute and the regulation- in the exercise of statutory discretion, the Secretary limited the penalties that the IRS could impose to $100,000 (plus the amount adjusted for inflation).” Simply put, the IRS failed to timely modify its own regulation. Although the courts in Colliot and Wahdan acknowledge that 31 C.F.R. 1010.820 caps the willful FBAR penalty, neither court offered much guidance as to the “proper” willful FBAR penalty.