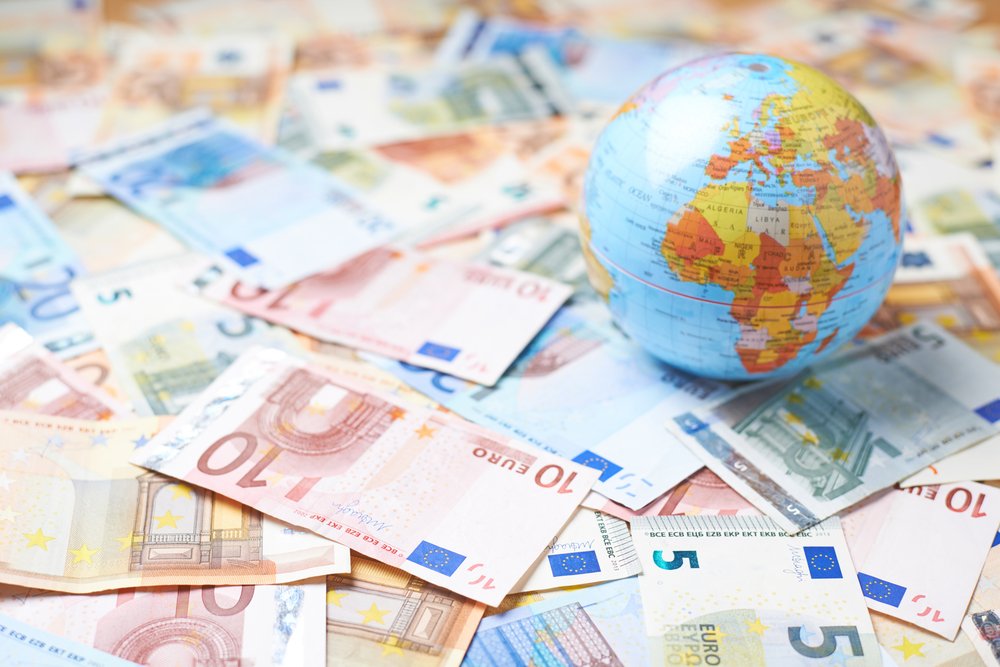 Foreign investors typically have the same objectives of minimizing their income tax liabilities from their real estate and businesses located in the U.S. as do their domestic counterparts. However, foreign investors are subject to an even more complicated set of tax laws than their domestic counterparts. Foreign investors must understand the difference between effectively connected income compared to not effectively connected income. Foreign investors must also understand the difference between income earned in a trade or business compared to passive income. These distinctions in income make a big difference for U.S. tax purposes. For example, if a foreign investor derives certain types of passive income from the U.S., the income is typically taxed at a flat 30 percent rate (without allowance for deductions), unless an applicable U.S. treaty reduces this statutory rate. In contrast, if the U.S. activities of the foreign person rise to the level which can be classified as a “U.S. trade or business” (as opposed to being merely a “passive investment”), then the foreign person is taxed in the same manner as a U.S. person (i.e., taxed on the net income from the business at graduated rates, subject to deductions).

The U.S. federal income tax results for a foreign irrevocable trust can potentially be improved by having the foreign investor fund the trust with a combination of capital and loans represented by a written instrument with fixed payment terms and commercially reasonable interest. The interest paid by the trust on the grant’s loan or loans generally should be deductible by the trust from income derived from its U.S. operations or the eventual capital gains from the sale of U.S. capital assets such as real estate operations. The interest paid by the foreign trust to the foreign grantor or lender should escape U.S. income taxation. This is because interest paid by the foreign trust will likely be considered to be from non-U.S. sources and not subject to U.S. withholding tax. Finally, if a foreign trust cannot be classified as a grantor trust, then the foreign investor or grantor of a foreign irrevocable trust will be exempt from the U.S. federal estate tax on the assets of the trust.

Similar results can be achieved with a domestic irrevocable trust, with some differences. While the foreign grantor should still be subject to exemption  from the estate tax on the trust’s assets, the trust will now be treated as a U.S. person for U.S. federal income tax purposes. This means that the U.S. source interest income will likely be subject to a 30 percent (or lower treaty rate) U.S. withholding tax when paid to a foreign person. However, in many cases, a foreign grantor’s loan will qualify for a portfolio interest exemption (under the portfolio debt exemption, a foreign person may invest in debt issued by a U.S. person that qualifies for the portfolio interest exemption and avoid the withholding tax for the interest on the debt) from U.S. federal income taxation of the interest.

Finally, if a trust will hold U.S. real property, the implications of the Foreign Investment in Real Property Tax Act of 1980 (“FIRPTA”) must be considered. Internal Revenue Code Section 1445 requires that, when a foreign person disposes of a U.S. real property interest, the “transferee” must withhold 15 percent of the amount realized by the transferor on the disposition and pay it to the U.S. Treasury. The amount to be withheld on the sale by a foreign investor of U.S. real property generally is the lesser of 15 percent of the “amount realized” or the transferor’s “maximum tax liability.” The amount realized equals the cash and fair market value of other property received and any liability assumed by the transferee or to which the property was subject. Trusts are required to withhold with respect to the share of gain attributable to a foreign partner or foreign beneficiary of any amount realized by the entity upon the disposition of a U.S. real property interest. Every trust is generally required to withhold 15 percent of the fair market value of a U.S. property interest distributed to a foreign partner or foreign beneficiary if the distribution would be taxable.

Partnerships are not taxpayers under U.S. tax law. The income tax consequences of operating in a partnership form are attributable to the respective partners under terms of the partnership agreement and the provisions of Subchapter K of the Internal Revenue Code. The use of a traditional partnership (regardless of whether it is domestic or foreign, general or limited) has the very significant advantage of enabling the individual foreign investors to obtain the benefits of the lower individual income tax rates on all of the U.S. trade or business income being generated.

If the U.S. business is generating a substantial amount of income that the foreign investor wishes to repatriate or use for other non-U.S. business purposes, this benefit can serve to reduce U.S. federal income tax rates in some cases by approximately one-half (i.e., individual and trust rates of up to 15 and 20 percent for long term capital gains. Individual foreign investors should understand that capital gains received from passive sources can result in an additional 3.8 percent “Net Investment Income Tax.” The “Net Investment Tax” applies to passive investment income above certain minimum thresholds (ranging from $125,000 for “married individuals filing separate U.S. individual income tax returns” to $250,000 for individuals filing “married filing jointly individual income tax returns,” so that the effective tax rates on long-term capital gains actually may rise to 18.8 percent and 23.8 percent for passive income). This would be compared to combined corporate and shareholder rate of up to 58 percent (21 percent corporate rate + 37 percent highest dividend rate = 58 percent).

In addition to these potential U.S. income tax benefits, the partnership also provides a vehicle for making U.S. exempt gifts of the partnership’s underlying U.S. real estate through transfers of the partnership interest itself. See IRC Section 2512(a), (b). In contrast, if a nonresident alien were to own U.S. real estate and business assets directly in his or her own name, then a gift of all or any portion of those assets would be subject to the U.S. gift tax. This is because the U.S. gift tax is typically not assessed on nonresident aliens on intangible interests, such as a partnership interest. See Section 2501(a)(2).

The results are different in cases of the estate tax. As discussed in greater detail below, the extent to which the U.S. estate tax rules apply to partnerships held by foreign investors are not totally free from doubt. If a foreign investor establishes a partnership that is engaged in a U.S. trade or business, it will be classified as a U.S. situs asset for purposes of the U.S. estate tax on nonresident alien descendants, regardless of whether it is a domestic or foreign partnership. See Treas. Reg. Section 20.2104-1(a)(4).

There may also be significant tax advantages to selling a partnership interest. Subject to certain limitations, Internal Revenue Code Section 741 provides in general that the sale of a partnership interest will be treated as the sale or exchange of a capital asset, resulting in favorable capital gains taxes on the sale of a partnership interest. There is even authority which states that since a foreign partner’s interest in a partnership is treated as an investment asset under Internal Revenue Code Section 741, separate and distinct from the underlying assets of the partnership, it would appear that any gain on sale of the partner’s interest is attributable to the partner’s investment activities and not the business of the partnership conducted at its office or fixed place of business in the United States. This means that any such gain would not appear to be effectively connected to a U.S. trade or business. Under this view, the gain on the sale of the partnership interest should be treated as foreign source income and not subject to U.S. income tax, except to the extent the gain is attributable to U.S. real property which may be subject to 15 percent FIRPTA withholding tax, creditable against capital gains due on such portion of the gain. See The U.S. Tax Effects of Choice of Entities For Foreign Investment In U.S. Real Estate and Businesses and The Taxation of Dispositions of U.S. Partnership Interests, Baker & McKenzie, Robert F. Hudson, Jr. (2015).

Use of Corporate Ownership Structures

As the foregoing discussion illustrates, the U.S. tax rules for foreign investment in U.S. real estate and U.S. businesses will require careful consideration of the alternative structures because of the widely different tax treatments. In particular, foreign investors will have to weigh carefully the estate tax risks of a partnership approach versus the potentially very significant income tax savings those partnership approaches may provide.

For those foreign investors wishing to obtain the lower individual income tax rates or even exclusion from U.S. income tax, U.S. investment via foreign partnership should be given serious consideration. Although historically there is some risk of a U.S. estate tax exposure (at least when engaged in a U.S. trade or business), it is the author’s view that this risk is relatively de minimis in comparison to the far more certain income tax benefits to be achieved.

However, if the nonresident alien is seeking absolute certainty of exemption from the U.S. estate tax, the more traditional corporate approach will become necessary (e.g., foreign parent/U.S. subsidiary), with a significant increase in the normal U.S. income tax liabilities. Thus, individual foreign investors typically will have to reconcile themselves either to paying the higher corporate income taxes (in order to guarantee insulation from U.S. estate tax) or accepting a certain degree of estate tax risks for the sake of potentially saving significant amounts of U.S. income tax.

The foregoing discussion is intended to provide the reader with a basic understanding of the principal planning alternatives and the basic U.S. tax considerations of foreign investment in U.S. real estate and other businesses. It should be evident from this article, however, that this is a relatively complex subject. In addition, it is important to note that this area is constantly subject to new developments and changes, as Congress continually considers new tax laws, the IRS promulgates new regulations, rulings, announcements and interpretations, and the U.S. courts issue new opinions impacting these subject areas. As a result, it is crucial that the foreign investor review his or her particular circumstances with a qualified U.S. tax advisor when planning a proposed U.S. real estate or business investment. With such careful, individualized planning, the foreign investor may reduce substantially his or her U.S. tax liabilities emanating from the U.S. business and real estate investments.