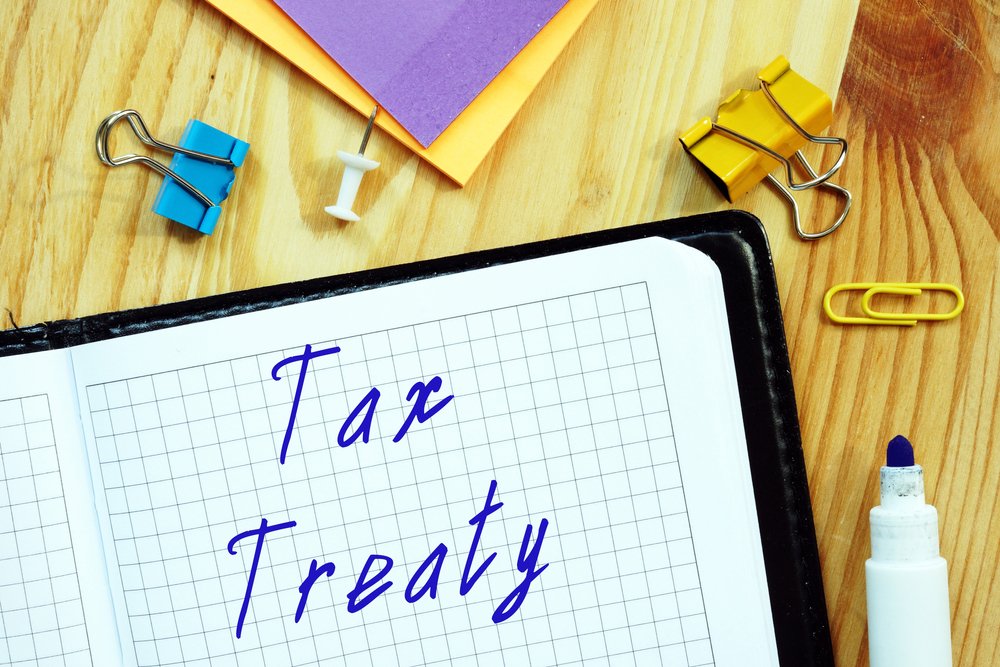 The major purpose of an income tax treaty is to mitigate international double taxation through tax reduction or exemptions on certain types of income derived by residents of one treaty country from sources within the other treaty country. Because tax treaties often substantially modify United States and foreign tax consequences, the relevant treaty must be considered in order to fully analyze the income tax consequences of any outbound or inbound transaction. The United States currently has income tax treaties with approximately 58 countries. This article discusses the highly controversial United States- Hungary Income Tax Treaty.

There are several basic treaty provisions, such as permanent establishment provisions and reduced withholding tax rates, that are common to most of the income tax treaties to which the U.S. is a party. In many cases, these provisions are patterned after or similar to the United States Model Income Tax Convention, which reflects the traditional baseline negotiating position. However, each tax treaty is separately negotiated and therefore unique. As a consequence, to determine the impact of treaty provisions in any specific situation, the applicable treaty at issue must be analyzed. The United States- Hungary Income Tax Treaty is no different. The treaty has its own unique definitions. We will now review the key provisions of the United States- Hungary Income Tax Treaty and the implications to individuals attempting to make use of the treaty.

The tax exemptions and reductions that treaties provide are available only to a resident of one of the treaty countries. Income derived by a partnership or other pass-through entity is treated as derived by a resident of a treaty country to the extent that, under the domestic laws of that country, the income is treated as taxable to a person that qualifies as a resident of that treaty country. Under Article 4 of the United States- Hungary Income Tax Treaty, a resident is any person who, under a country’s internal laws, is subject to taxation by reason of domicile, residence, citizenship, place of management, place of incorporation, or other criterion of a similar nature. Because each country has its own unique definition of residency, a person may qualify as a resident in more than one country. Whether a person is a resident of the United States or Hungary for treaty purposes is determined by reference to the internal laws of each country.

For example, an alien who qualifies as a U.S. resident under the substantial presence test pursuant to U.S. tax law may simultaneously qualify as a resident of Hungary under its definition of resident. To resolve this issue, the United States has included tie-breaker provisions in the United States- Hungary Income Tax Treaty. The tie-breaker rules are hierarchical in nature, such that a subordinate rule is considered only if the superordinate rule fails to resolve the issue. Article 4(2) of the United States- Hungary Income Tax Treaty provides the following tie-breaker for individuals:

d) If he is a citizen of both States or of neither of them, the competent authorities of the Contracting States shall settle the question by mutual agreement.

Below, please see Illustration 1 which provides an example how a treaty-tie breaker can be analyzed and resolved.

Marketing products in either the United States or Hungary solely through independent brokers or distributors does not create a permanent establishment, regardless of whether these independent agents conclude sales contracts in the exporter’s name. In addition, the mere presence within the importing country does not create a permanent establishment. Please see Illustration 2 and Illustration 3.

USAco decided to expand its Hungarian marketing activities by leasing retail store space in Budapest, Hungary in order to display its goods and keep an inventory from which to fill foreign orders. Under the United States- Hungary Income Tax Treaty, USAco’s business profits would still not be subject to Hungarian income taxation as long as USAco does not conclude any sales through its foreign office. However, if USAco’s employees start concluding sales at the Budapest office, USAco may have a permanent establishment in Hungary,

Tax treaties typically do not provide tax exemptions or reductions for income from real property. Consequently, both the home and host country maintain the right to tax real property. Article 6 of the United States- Hungary Income Tax Treaty provides that income derived by a Hungarian resident from U.S. real property may be taxed in the United states and vice-versa.

Article 9 of the United States- Hungary Income Tax Treaty provides that the U.S. withholding tax rate on dividends is 5 percent of the gross amount of the dividends when the beneficial owner is a company resident in the other contracting State and owns, directly, or indirectly, at least 10 percent of the voting stock of the company paying the dividends, and 15 percent of the gross amount of the dividends in all other cases. Article 9(3) defines “dividends” as income from shares or other rights participating in profits, but not debt-claims, and income from other corporate rights taxed in the same way as income from shares under the tax law of the State of which the company making the distribution is a resident.

Article 10 of the United States- Hungary Income Tax Treaty deals with the taxation by one Contracting State of interest derived by a resident of the other Contracting State. Article 10(1) of the treaty provides that interest arising in a Contracting State and paid to a resident of the other Contracting State shall be taxable only in that other State. The treaty does not provide for a withholding for “interest.” The term “interest” for purposes of the treaty is defined as income from debt-claims of every kind, whether or not secured by mortgage, and whether or not carrying a right to participate in the debtor’s profits, and in particular, income from government securities and income from bonds or debentures, including premiums or prizes attaching to bonds or debentures.

Article 15 of the United States- Hungary Income Tax Treaty provides that pensions and similar remuneration beneficially derived by a resident of one Contracting State in consideration of past employment are taxable only in the state of residence of the recipient, but that social security payments and other public pensions paid by one of the Contracting States to a resident of the other state or to a United States citizen are taxable only in the paying state. The first paragraph deals with pensions in consideration of private employment. The second paragraph deals with retirement benefits which are not related to prior employment, such as social security payments.

The term “pension and other similar remuneration,” as used in the treaty, means periodic payments. This provision of the treaty provides an excellent opportunity for a non-resident of the United States to utilize the United States- Hungary Income Tax Treaty to reduce or eliminate the U.S. tax consequences associated with an Individual Retirement Account (“IRA”) or 401(k) plan distribution. For example, let’s assume that Harry Houdini is a Hungarian national that came to the U.S. on an E-3 Visa for a short-term assignment. While working in the U.S., Harry contributed money to an IRA. Harry has returned to Harry and would like to withdraw money from his U.S. based IRA. However, Harry is concerned about the U.S. 20% withholding tax and the 10% early withdrawal penalty.

The terms “pensions and other remuneration” is not defined in the United States- Hungary Income Tax treaty. However, the Organisation for Economic Co-operation and Development (“OECD”) defines the word “pension” under the ordinary meaning of the word which covers periodic and non-periodic payments. The OECD also provides that a lump-sum payment in lieu of periodic pension payments that is made on or after cessation of employment may fall within the definition of Article 15. See OECD 2014 Commentary, Art 18. Thus, although Article 15 of the United States- Hungary Income Tax Treaty makes a reference to “periodic payments,” the word “periodic” does not preclude Harry from excluding a lump sum IRA distribution from U.S. federal income tax. Even though the OECD or Article 15 of the United States- Hungarian Income Tax Treaty does not mention the term IRA, the IRS has clarified that IRAs can be defined as pensions for articles in U.S. income tax treaties. See PLR 200209026. Since Harry is a resident of Hungary, he can utilize the United States- Hungary Income Tax Treaty to avoid U.S. federal tax on the distribution from his IRA.

Under Article 19 of the United States Hungary Income Tax Treaty, annuities, alimony, child support payments, and rentals of tangible personal property shall be taxable only in the residence State.

Because tax treaties provide lower withholding tax rates on dividend, interest, and royalty income, a multinational corporation may be able to reduce its foreign withholding taxes by owning its subsidiaries throughout strategically located holding companies. This practice is known as “treaty shopping.” Please see Illustration 4 and Illustration 5 for examples of “outbound” and “inbound” “treaty shopping.”

Because Hungary has both an extensive treaty network and has favorable taxation rules for foreign source dividends, a Hungarian holding company has historically been a popular choice for multinational corporations attempting to reduce taxes through treaty shopping. Although there have been discussions of changing the United States- Hungary Treaty, the current treaty between the United States and Hungary, which entered into force in 1979, does not contain an anti-treaty shopping provision that restricts the ability of taxpayers to engage in treaty shopping.

Although the United States- Hungary Income Tax Treaty continues to be used for creative tax planning due to the treaty’s lack of a LOB, this does not mean such strategies cannot be challenged by the Internal Revenue Service (“IRS”). The seminal case in this area is Aiken Industries, Inc. v. Commissioner, 56 TC 925 (1972). In Aiken, the IRS successfully denied treaty benefits for back-to-back loan arrangements. Internal Revenue Code Section 7701(1) also gives the IRS the authority to disregard the existence of an intermediary or conduit entity with respect to treaty shopping that results in the avoidance of U.S. taxes. In addition, Section 267A of the Internal Revenue Code generally disallows a deduction for any “disqualified related party amount” paid or accrued “pursuant to a hybrid transaction or by, or to, a hybrid entity.” The “disqualified related party amount” is any interest or royalty paid or accrued to a related party, and that related party does not include the payment in income under foreign tax law, or is allowed a corresponding deduction with respect to such amount.

Any strategy that utilizes the United States- Hungarian Income Tax Treaty must include a careful analysis of Internal Revenue Code Section 7701(1), Section 267A, and applicable case law before any plan is executed.