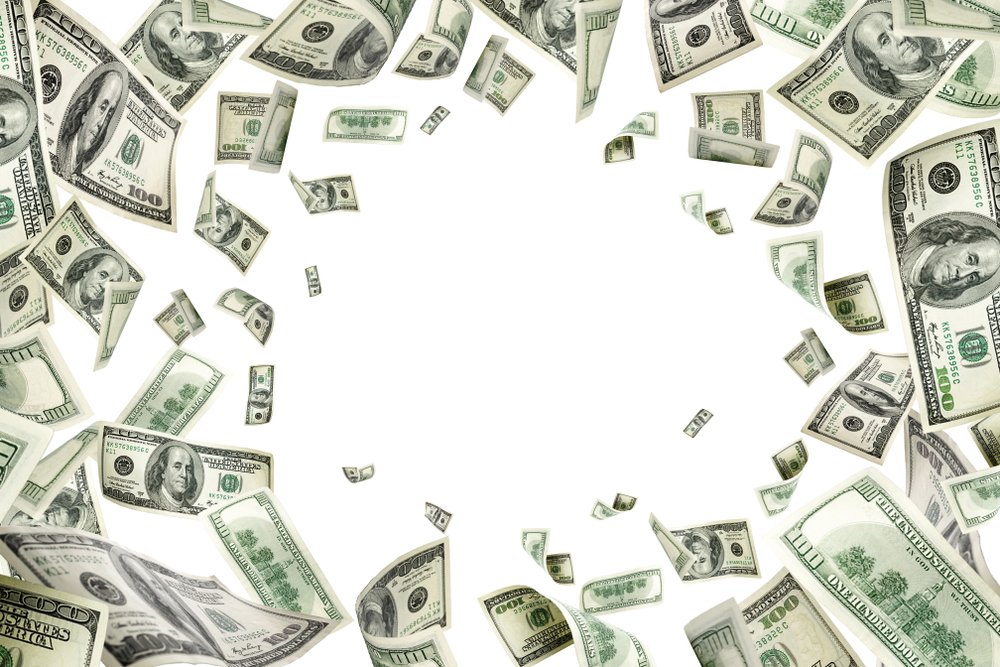 Thousands of people play various lotteries every day; few actually win. However, for those who do, such winnings may present a good news/bad news situation. The good news being the newfound wealth. The bad news, however, is that notwithstanding the fact that one study has found that nearly one-third of lottery winners become bankrupt, if the lucky winner dies before he or she receives his or her entire payout, the “lucky” winner’s estate may now have some vexing tax problems. Not only will the estate have to pay the federal estate tax based upon the fair market value of the right to receive the stream of lottery payments (which will require cash that the estate may not have available), but the issue to value the lottery prize for federal estate tax purposes is not necessarily clear. Or is it?

If the lottery payment terminates completely at the death of the winner, with no transfer of annuity value, then the winner’s gross estate includes no payments. Only the retained lottery payments, or the invested assets, attract federal estate tax. However, an exemption equivalent to $11.7 million (for the 2021 calendar year) per individual will escape the estate tax. However, frequently, large lottery payouts suh as Powerball are structured in annual installments over a stated period of time – in other words, an annuity. Such payments typically continue to the winner’s estate or to a designated beneficiary. The Internal Revenue Service (“IRS”) takes the position that the federal estate tax value of lottery payments equals the present value of the right to receive periodic annuity payments, and that such payments, and such present value must be determined under tables promulgated by the IRS. (See TAM 9616004 where the IRS held that a lottery winner’s estate must use the Section 7520 annuity tables to determine the value of lottery payments payable to the estate or a designated survivor).

The enactment of Internal Revenue Code Section 7520 requires the Secretary of the Treasury to prescribe valuation tables on an interest rate (rounded to the nearest 2/10 of 1%) equal to 120% of the “federal midterm rate” applicable under Section 1247(d)(1) for the month in which the valuation date falls. Treasury Regulation Section 20.7520-1(a) requires that for federal estate tax purposes, the fair market value of annuities is to be determined under Section 7520. See also Treas. Reg. Section 2031-7(d)(1).

Treasury Regulation Section 20.2031-7(d)(2)(iv) provides that the present value of a right of a person to receive an annuity for a term of years is computed by multiplying the aggregate amount payable annually by the appropriate annuity actuarial factor corresponding to the Section 7520 interest rate and the annuity period. Pub. 1457 Table B includes actuarial factors for a term of years.

The following is the formula to determine the present value of a stream of equal payments that will be made over a specified period of time (i.e., the term):

The above formula provides a result that is consistent with the IRS tables. There are two exemptions set out under Section 7520. First, the Section 7520 valuation rules do not apply for purposes of the pensions and profit sharing rules. Second, the valuation table structure is inapplicable for “any other provision specified in the regulations.” Relying upon the language in Section 7520 that it does not apply to “any other provisions in the regulations,” The Eight Circuit Court of Appeals in O’Reilly v. Commissioner, 973 F.2d 1403, 1407 (8th Cir. 1992), noted that the general fair market value standard (as set out in Treasury Regulation Section 20.2031-1(b)) is a provision that allows departure from the tables “where they do not produce a value that reasonably approximates the fair market value…”

In Shackleford v. United States, 262 F.3d 1028 (9th Cir. 2001), the decedent, retired Air Force Officer Thomas J. Shackford, won the $10 million California Lotto in 1987. The terms of the lottery prize provided for an immediate payment of $508,000 and the right to receive 19 additional annual payments of $508,000 each. In order to fund 19 future payments, the California Lottery purchased 19 Zero Coupon United States Bonds for $4,306,722.40 to be held in the name of the California Lottery. Mr. Shackleford had no right to receive either principle or interest in the Zero Coupon Bonds, and Mr. Shackleford also had no right to receive a lump sum on a discounted basis. Mr. Shackleford died after receiving only three of the twenty $508,000 annual payments. California law prohibited any assignment of lottery payments. On death, future payments were to be made to Mr. Shackleford’s estate. The estate initially filed its Form 706 and reported the federal estate tax liability in accordance with the Treasury regulations. The estate paid a total tax return and a claim for refund, asserting that the value of the use of the annuity tables to value the payments resulted in an unrealistic and unreasonable value because it did not reflect the fair market value of the asset.

The IRS rejected the estate’s refund claim, and the estate filed its suit for refund in district court. The district court ruled that the lack of a market for the lottery payments must be considered in determining a fair valuation of property for estate tax purposes and that the marketability is not a factor considered by the tables, using them would result in a substantially unrealistic and reasonable result.

The Ninth Circuit Court of Appeals affirmed the district court and held that because the Section 7520 tables did not reasonably approximate the fair market value of the lottery prize, departure from the tables was appropriate. The Ninth Circuit Court of Appeals noted, however, that “because the table-produced valuation is presumed correct, the party who desires to use an alternative method to value an estate’s interest bears the ‘considerable burden of proving that the tables produce such an unrealistic and unreasonable result that they should not be used.

In Estate of Gribauskas v. Commissioner, 342 F.3d 85 (2nd Cir. 2003), the decedent, Paul Gribauskas, and his wife won a $15,807,306.60 Connecticut Lotto prize in 1992, to be paid out in twenty annual installments of $790,365.34. Under applicable Connecticut law, the winner could not accept payment as a lump sum, and the prize was not assignable. Following the disbursement of the first installment, Gribauskas and his wife divorced. Thereafter, each was entitled to receive $395,182.67 annually. Gribauskas died intestate on June 4, 1994, with 18 installments remaining to be paid. Upon death, the remaining payments were to be paid to Gribauskas’ estate. On its estate tax return, the estate characterized the undistributed portion of the lottery as an “unsecured debt obligation due to the State of Connecticut arising from winning the Connecticut lottery.” Thus, the estate reported a present value of the lottery payments as $2,603,661.02 which included a 15% lack of marketability discount. The IRS claimed that the prize was an annuity and should therefore have been valued pursuant to the actuarial tables set forth under Section 7520 resulting in a value of $3,528,058.22. The estate was assessed a $403,167 deficiency.

The estate petitioned the United States Tax Court and requested a redetermination. The estate argued that the Section 7520 tables should not govern valuation because they yielded an “unrealistic and unreasonable” result in that they did not accurately account for loss of value due to marketability restrictions. The estate also took the position that the prize should not be characterized as an annuity. The Tax Court held that the prize was an annuity and that the marketability restrictions did not justify a departure from the Section 7520 tables.

The Second Circuit Court of Appeals reversed the Tax Court and determined the valuing the lottery prize pursuant to the Section 7520 tables was erroneous. The Second Circuit Court of Appeals noted that the parties stipulated that the transferability restrictions on the prize had “an adverse impact on its market value” and that the IRS agreed the estate’s valuation “accurately reflects the market discount attributable to those [transferability] restrictions.” As such, the Second Circuit Court of Appeals concluded that the application of the tables would clearly produce a substantially unrealistic and unreasonable result. The court also noted that “the need for efficiency and consistency does not justify the application of the standardized tables..because the law accounts for such policy concerns by placing the burden on the party challenging the application of the tables to prove that the tables yield a substantially unreasonable or unrealistic result.”