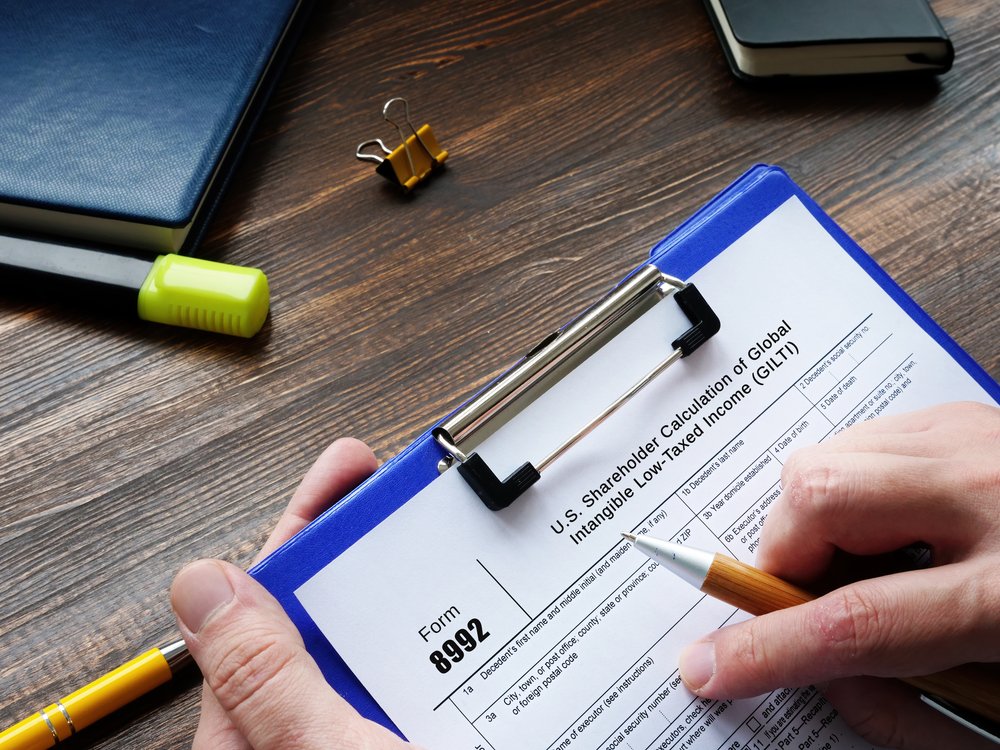 The Proposed Regulations Limitations on the “DRD”

Internal Revenue Code Section 245A(e) generally denies a DRD under Internal Revenue Code Section 245A for so-called hybrid dividends. A hybrid dividend is an amount received from a CFC that also provides for a local country deduction or other foreign tax benefit. Internal Revenue Code Section 245A(e) enacted to neutralize the double tax benefits (i.e., foreign and domestic) on the same source of income. However, in certain cases, an entire disallowance of the DRD on foreign source income taxed under the Subpart F and GILTI regimes can result in double taxation. Rather than disallowing the entire deduction in each case when a domestic corporation receives a hybrid dividend, the IRS and the Department of Treasury  issued proposed regulations that allow for an adjustment to a CFC’s hybrid deduction account to the extent that the CFC’s earnings are included in income under Subpart F or GILTI inclusion rules. However, the proposed regulations do not permit a dollar-for-dollar reduction in the hybrid deduction account by the amount of that inclusion. Instead, the proposed regulations require domestic corporations to perform a complex calculation that takes into account the potential benefit of foreign tax credits and the 50 percent GILTI deduction provided in Internal Revenue Code Section 250.

The proposed regulations provide two separate and distinct formulas to reduce the DRD- one for Subpart Income inclusions and the other for GILTI inclusions. The formulas refer to taxable Subpart F income as an “adjusted Subpart F Inclusion” and taxable GILTI income as “adjusted GILTI Inclusion.” To calculate the adjusted Subpart F Inclusion, the domestic corporation must first determine two accounts, on a share-by-share basis: 1) its pro rata share of the CFC’s Subpart F income included in income in the corporation’s current year; and 2) the “associated foreign income taxes” with respect to that Subpart F Inclusion (determined by allocating foreign taxes to the Subpart F income groups under Internal Revenue Code Section 960 and the regulations thereunder). The corporation must then follow a two-step process. First, the corporation adds the pro rata share of the Subpart F Inclusion and the associated foreign income taxes, which is intended to reflect the gross-up provided for in Internal Revenue Code Section 78. From that amount, the corporation then subtracts the quotient of the associated foreign income taxes divided by the 21 percent corporate tax rate which is intended to equal the amount of income offset by the foreign taxes. The equation can be expressed formulatically as follows:

The adjusted GILTI Inclusion calculation is somewhat similar to the Subpart F formula discussed above. However, there are three differences in formula. The differences are as follows:  First, any associated foreign income taxes are calculated by allocating foreign taxes to the tested income group and then multiplied by the taxpayer’s “inclusion percentage.” Second, after the first step, there is an interim step in which the corporate taxpayer multiplies the grossed-up inclusion by the difference between 100 and the 50 percent deduction authorized in Internal Revenue Code Section 250(a)(1)(B). Third, the corporate taxpayer multiplies the associated foreign income taxes by 80 percent to account for the GILTI 20 percent reduction to foreign tax credits. The equation can be expressed formulatically as follows:

It should be noted that the above calculations do not consider whether the corporation receives an actual benefit from foreign taxes or the 50 percent deduction provided in Internal Revenue Code Section 250 because. In other words, corporate taxpayers that are unable to credit certain foreign income taxes because of insufficient foreign tax credit limitation in the general, passive, or GILTI baskets may still face instances of double taxation under the proposed regulations. See 245A/267A Structures and PLanning Ideas Financing, Baker McKenzie, Tax News and Developments, North America, May 15, 2020, Jeff Rubinger and Summer Ayers LePree.

The DRD rules provide a powerful planning opportunity to domestic C corporations. Any domestic corporation considering utilizing the DRD must closely scrutinize the proposed regulations under Internal Revenue Code Section 245A(e) to determine whether these rules will affect the deduction.

There is no one size fits all solution when it comes to GILTI planning.Careful modeling should be done by a qualified international tax attorney prior to proceeding with a GILTI tax reduction plan.