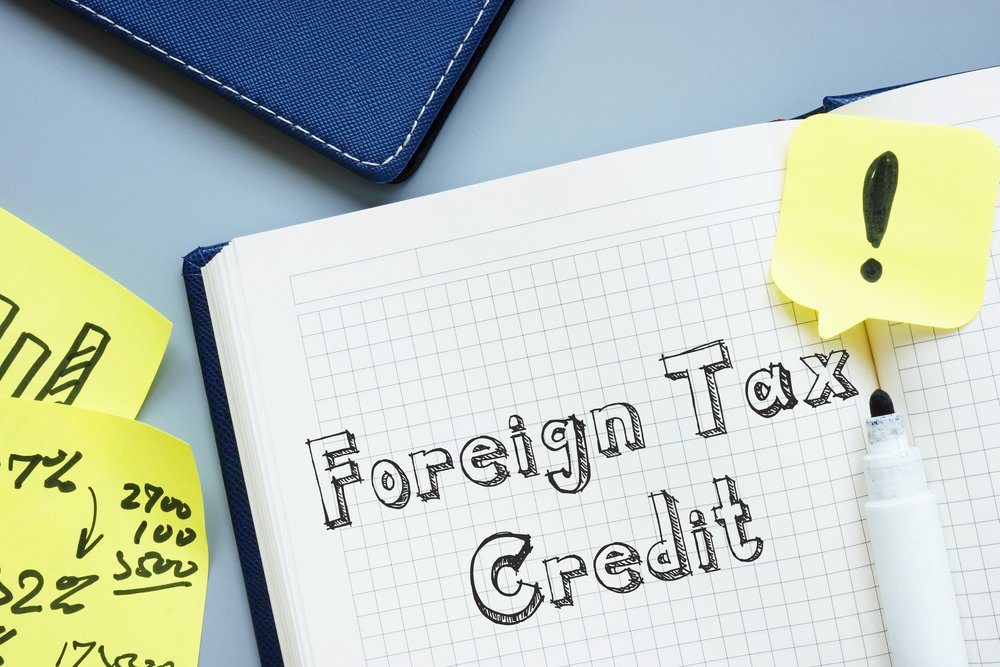 To be allowable under 26 U.S.C. Section 901(b), the foreign tax must be an “income, war profits (or) excess profits tax paid or accrued…to any foreign country or to any possession of the United States.” Credit also is allowed under Section 903 for a “tax paid in lieu of a tax on income…otherwise generally imposed by any foreign country or by any possession of the United States.” Internal Revenue Code Section 901(a) provides a “direct” credit or deduction against U.S. tax on foreign-source income for foreign taxes directly paid or accrued by a U.S. person.

In addition, Internal Revenue Code Section 960, as amended by the 2017 Tax Cuts and Jobs Act, adopts a new “properly attributable to” standard to determine the amount of foreign taxes deemed paid by U.S. shareholders of CFCs with respect to certain income inclusions from CFCs including amounts included in the U.S. shareholder’s gross income under Section 951(a).

Internal Revenue Code Section 960 provides that U.S. corporate shareholders that include “any item of income under Section 951(a)(1)” with respect to any CFC shall be deemed to have paid “so much of such foreign corporation’s foreign income taxes as are properly attributable to such item of income.” As part of the price of claiming the Section 960 foreign tax credit, a shareholder must gross up the inclusion by the amount of foreign taxes attributable to it pursuant to Section 78.

To prevent the use of foreign tax credits to offset U.S. tax on U.S. income, Section 904 provides limitations. The overall limitation under Section 904(a) is expressed by the following formula:

The first category foreign income can be allocated is into the passive income basket.
The passive category income basket includes income that would be foreign personal holding company income under Section 954(c) if it were received by a controlled foreign corporation (“CFC”). See IRC Section 904(d)(2)(A). Because it incorporates by reference the Section 954(c) definition of foreign personal holding company income, passive income will generally include such items of income as dividends, interest, royalties, and rents. It also includes gains from the sale or exchange of property (other than inventory) that produces foreign personal holding company income or that produces no income. In addition, passive income includes certain foreign currency gains, gains from certain commodities transactions, certain income that is equivalent to interest, income from notional principal contracts and certain payments made in lieu of dividends.

The second category foreign income can be allocated is the GILTI basket. GILTI was enacted by the 2017 Tax Cuts and Jobs Act under Section 951A of the Internal Revenue Code. GILTI is a new anti-deferral provision that requires a deemed intangible income inclusion by U.S. shareholders of CFCs. For foreign tax credits applicable to the GILTI basket, there is an 80 percent limitation. Any amount includible in the gross income of a domestic corporation under GILTI, such domestic corporation shall be deemed to have paid foreign income taxes equal to 80 percent of the product of such domestic corporation’s inclusion percentage multiplied by the aggregate tested foreign income taxes paid or accrued by the CFC.

The third category of foreign income is a general catchall basket or general limitation basket for active business income. This basket is utilized to classify active foreign-source business income that is not GILTI income.

1. Determine the amount of gross income included in the basket;

2. Allocate and apportion deductions to the gross income to determine taxable income in the basket;

3. Identify all direct and indirect foreign tax credits attributable to that taxable income.

4. If necessary, apply the look-through rules of Section 904(d)(3) to interest, rents, royalties, dividends, and subpart F inclusions from CFCs;

5. Apply the rules for carryback of excess foreign tax credits.

In applying the above rules, foreign source income and applicable deduction must first be allocated to each appropriate basket. Next, the “look-through” rules of Section 904(d)(3) must be applied. Section 904(d)(3) provides a “look-through” rules for CFCs, allowing the U.S. corporate shareholders to be taxed on certain types of the CFCs earnings to be treated as taxable earnings.Under the Section 904(d)(3) look-through rules, if a U.S. shareholder includes in income actual dividends, constructive dividends under subpart F, interest, rents or royalties from a CFC, the appropriate limitation basket for the income is determined not with the reference to the character of the item of income itself (e.g., as a dividend, interest of royalty) but with reference to the underlying income of the CFC. To this extent, the CFC is treated, in effect, as a flow-through entity or a conduit for U.S. federal income tax purposes.

Finally, the carryback of excess foreign tax credits should be applied. Excess credit in any category other than GILTI is permitted to be carried back to the one immediately preceding the taxable year and carried forward to the first ten succeeding taxable years, and credited in such years to the extent that the U.S. entity or U.S. qualified individual has excess foreign tax credit limitations. However, excess GILTI credits may not be carried forward or backwards.

Special Rules for Allocation and Apportionment of Deduction in Calculation Limitations

As discussed above, in determining the foreign-source taxable income of a U.S. entity or person that falls within each separate limitation basket, deductions must be allocated and apportioned against the gross income falling within that basket. However, in connection with the allocation of interest deductions against foreign-source gross income in various baskets, in certain circumstances, the regulations under Section 864(e)(7)(C) require application of a special rule, sometimes called the “CFC netting rule.” See Treas. Reg. Section 1.861-10(e). The purpose of this rule is to discourage U.S. shareholders from borrowing funds and re-lending them to CFCs with the objective of improving the allocation and apportionment of interest expense for foreign tax credit limitation purposes over what would result if the CFC directly borrowed the funds. Under the regulations, if a U.S. shareholder has both a relatively large amount of loans to CFCs (“excess related group indebtedness”) and relatively large borrowings from third parties outside the affiliated group (“excess U.S. shareholder indebtedness”) in the tax year, it must allocate to its gross income in the various Section 904 foreign-source income baskets specified portions of the interest it pays to third-party lenders.