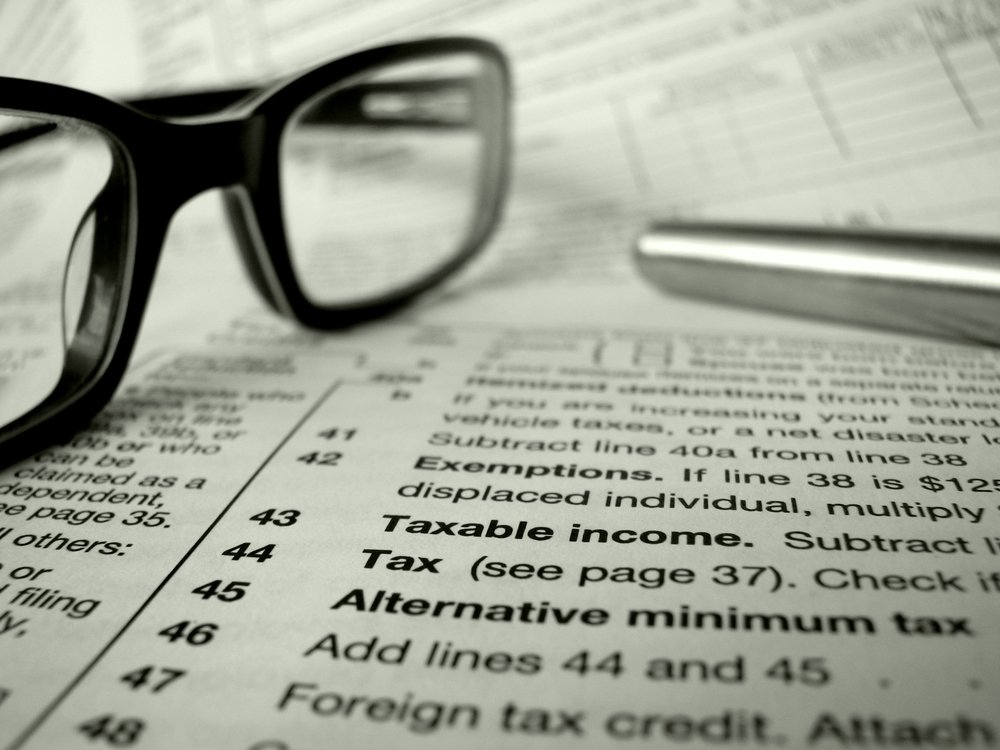 Who Must Complete Schedule M

Schedule M must be completed by Category 4 filers of the Form 5471 to report the transactions that occurred during the CFC’s annual accounting period ending with or within the U.S. person’s tax year.

Schedule M categorizes transactions in multiple ways. First, shareholders of a CFC must provide information about the magnitude of both inflows to and outflows from the CFC. Second, CFC shareholders must provide inflows and outflows separately for multiple types of transactions including inventory transfers, royalty payments, etc. Third, the columns of Schedule M separately identify transactions between the CFC and various related entities including the U.S. person filing the return and any domestic corporation or partnership controlled by the U.S. person filing the return. Finally, the regulations of Internal Revenue Code Section 482 should apply to value inflows and outflows of the CFC for purposes of Schedule M reporting.

Schedule M requires shareholders of CFCs to disclose transactions with related parties such as the individual filing the informational return and other related entities. Each transaction the CFC conducts with a related party must be disclosed by categories stated in each column of the schedule. The columns are itemized as follows:

Any Domestic Corporation or Partnership Controlled by U.S. Person Filing this Return.

Any other Foreign Corporation or Partnership Controlled by U.S. Person Filing this Return.

10 Percent or More U.S. Shareholder of Controlled Foreign Corporation (other than the U.S. person filing this return).

10 Percent or More U.S. Shareholder of any Corporation Controlling the Foreign Corporation.

Transactions that Must be Disclosed on Schedule M

Schedule M requires the CFC shareholder or related party to disclose a number of different transactions. We will next through the questions asked on each line of the schedule. Anyone completing Schedule M must understand that the IRS will utilize certain information disclosed on this informational return to ensure that the CFC shareholders and related parties report and pay tax on their actual share of income arising from so-called controlled transactions. To this end, the regulations under Internal Revenue Code Section 482 adopt an arm’s length standard for evaluating the appropriateness of each transaction under the transfer pricing rules. This article will apply these regulations to the relevant questions listed on Schedule M. This way the parties involved in the controlled transaction have a reference point as to how to report these transactions on Schedule M.

Line 1 and Line 14 of Schedule M asks the CFC shareholder to value the sale and purchases of sales of stock in trade. Stock in trade refers to any merchandise or equipment kept on hand and used in carrying on a business. It includes the collection of goods, inventories and merchandise, maintained by a business entity for the purpose of using them for processing, making salable goods or for selling to the customers with an intention to make profit from such deals. Since a sale or purchase of stock in trade between a CFC and a shareholder of the CFC or related party is subject to manipulation, the transaction reported on Schedule M must reflect an arm’s length standard for purposes of the sale and purchase of the stock in trade. The reliability of a pricing method is determined by the degree of comparability between the controlled and uncontrolled transactions, as well as the quality of the data and the assumptions used in the analysis.

Line 2 and Line 15. Sales/Purchases of Tangible Property Other Than Stock in Trade

2. The resale price method;
3. The cost plus method;
4. The comparable profits method, and:
5. The profit split method.

The CFC shareholder completing Schedule M must select and apply the method that provides the most reliable estimate of an arm’s length price between the related parties. In addition to the five methods stated above, the CFC shareholder can use an unspecified method to value the transaction.

Below, please see Illustration 1 which describes a valuation under the “CUP method.”

The second is the “resale price method.” Under this approach the price for the controlled transaction is equal to the resale price to an uncontrolled buyer less an “appropriate gross profit.” The appropriate gross profit is determined by multiplying the applicable resale price by the “gross profit margin” (expressed as a percentage of total revenue derived from sales) earned in comparable uncontrolled transactions. See Treas. Reg. Section 1.482-3(c)(2)(iii). The regulations state that a typical situation where the resale price method may be useful one “involving the purchase and resale of tangible property in which the reseller has not added substantial value to the tangible goods by physically altering the goods” or through use of an intangible. See Treas. Reg. Section 1.482-3(c)(1).

Below, please see Illustration 2 which describes a valuation under the “resale method.”

A, a domestic corporation, owns 100 percent of C, a Canadian corporation. A manufactures medical equipment at a cost of $1,000 per unit and sells the equipment to C. The Canadian company resells the medical equipment to unrelated parties for $1,500. Distributors receive 10 percent of the price compared to the products sold by A. Under the resale price method, the estate of the arm length price is $1,350 [$1,000 – (10% x $1,500)].

Below, please see Illustration 3 which describes a valuation under the “cost plus method.”

A, a domestic corporation, owns 100 percent of F, a foreign corporation. F manufactures electronics at a cost of $60 each and sells them to A. A attaches its trade name to the electronic goods (which has a significant effect on the good’s resale ability) and resells the electronic goods to unrelated customers in the United States. Independent foreign manufacturers manufacturing similar electronic products receive a gross profit market up of 20 percent. Under the cost plus method, the estimate of the arm’s length price is $72. [$60 + (20% x $60)].

The fourth is the “comparable profits method” (“CPM”). This method determines an arm’s length result based on profit level indicators derived from similarly situated uncontrolled taxpayers. See Treas. Reg. Section 1.482-5(a). The controlled party that has the least complex, readily available and accurate financial data from which to draw a comparison will be the party to whom the test is applied and is called the “tested party.” See Treas. Reg. Section 1.482-5(b)(2)(i). Comparability for these purposes is heavily dependent on resources employed and risks assumed and not necessarily product similarity. Adjustments must be made for all material differences between the tested party and the uncontrolled taxpayers serving as the basis for comparison. Under the CPM, the arm’s length price is calculated by applying a profit level indicator (derived from a comparable taxpayer) to the “financial data related to the tested party’s most narrowly identifiable business activity” which includes the controlled transaction. See Treas. Reg. Section 1.482-5(b)(1). Acceptable profit level indicators (which measure the ratio of profits to either costs incurred or resources employed) include the rate of return on capital employed and financial ratios. See Treas. Reg. Section 1.482-5(b)(2). Other indicators are not precluded from use if they would profit an accurate estimate of profits. The appropriate profit level indicator depends upon the characteristics the tested party and the comparable party share.

The fifth is the “profit split method.” The profit split method evaluates whether the allocation of the combined operating profit attributable to a controlled transaction is arm’s length by reference to the relative value of each controlled taxpayer’s contribution to that combined profit. See Treas. Reg. Section 1.482-6(a). The value of each party’s contributions is to be based upon “the functions performed, risks assumed, and resources employed.” See Treas. Reg. Section 1.482-6(b).

The regulations describe five methods for judging the arm’s length of the acceptability for the sale of tangible property, along with a sixth category called “unspecified methods.” They include: the comparable uncontrolled price, resale price, cost plus methods, augmented by the comparable profits and the profit split methods, the regulations do not prescribe an order of preference among the alternative methods. The regulations however are explicit in that adjustments must be made to reflect the differences between the controlled transactions and the uncontrolled transactions to which comparisons are being made. Thus, a careful analysis should be made of the regulations and the related party transaction involving the sale or purchase of tangible property to properly reflect the valuation for purposes of Schedule M.

1. Determine the tested party- the tested party should be the participant in the controlled transaction for which most reliable data regarding comparable companies can be located.

Below, please see Illustration 4 and Illustration 5 which describes valuations under the “comparable profits method.”

U, a domestic pharmaceutical company that develops a drug to stop the spread of a deadly virus that recently developed in Asia. U licenses the formula for this new drug to an unrelated pharmaceutical company in Florida for a royalty of 10 percent of sales. U also licenses the formula for this drug to its European production company headquartered in Budapest, Hungary, H. If all the comparability factors between the two licenses are identical, H should pay U a royalty of 10 percent of sales. However, if the two licenses are not comparable in a manner for which the parties cannot make adjustments, the 10 percent return on sales royalty is not a comparable uncontrolled transaction.

E, a European pharmaceutical company, owns 100 percent of U, a domestic corporation. E develops a pharmaceutical “CoronaAway,” the cure for a deadly virus. E licenses the formula to “CoronaAWay” with rights to the use of the “CoronaAWay” trade name in the U.S. to U. U’s average financial’s for the last three years have been: