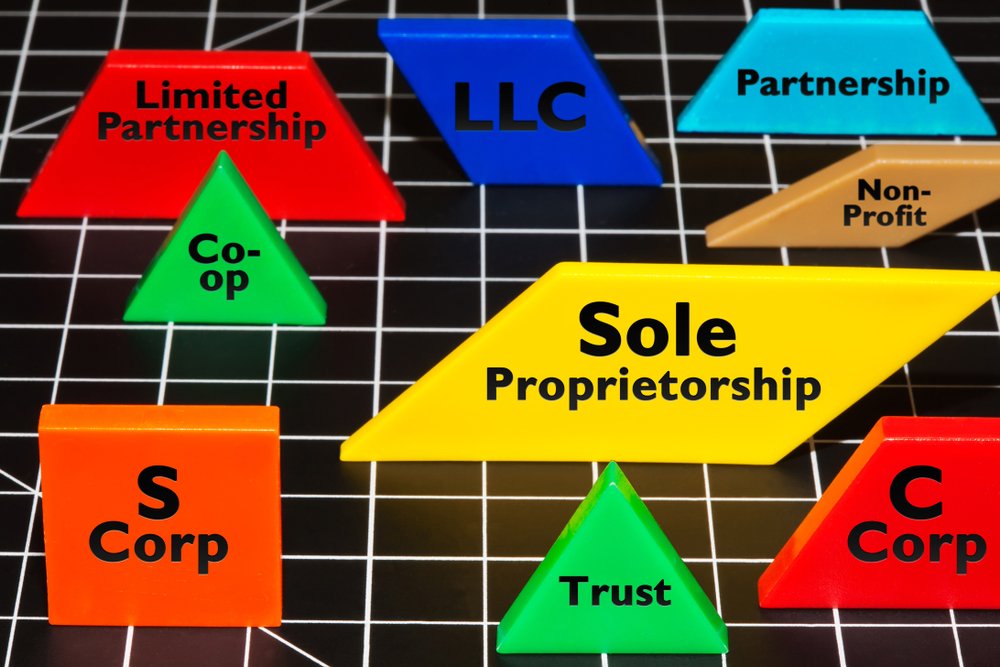 The Tax Cuts and Jobs Act of 2017 dramatically changed the way U.S. businesses plan outbound foreign investments. This article will compare and contrast the different entities available for outbound tax planning. Prior to the enactment of the 2017 Tax Cuts and Jobs Act, U.S. taxpayers had two main entity choices when engaging in outbound foreign tax planning: flow through structures (i.e., disregarded entities or partnerships) and corporate structures. Each had its relative costs and benefits.

A. Tax Entities Used in Outbound Foreign Tax Planning Prior to the Enactment of the 2017 Tax Cuts and Jobs Act

The 2017 Tax Cuts and Jobs Act made seven major changes in the way international outbound transactions are taxed. These changes are as follows:1) reduced tax rates for individuals, partnerships and corporations; 2) the enactment of the transition tax; 3) global intangible low tax income regime; 4) foreign intangible income deduction; 5) the new provisions of the Internal Revenue Code involving the taxation of foreign goodwill and going concern value; and 5) the rules exempting from taxation dividends paid to U.S. corporate parents of foreign CFC’s; 6) the corresponding rules exempting from taxation sales of stocks held by U.S. parents; and 7) anti-abuse rules limiting deductions for certain situations concerning hybrid entities and hybrid debt/equity instruments. These changes resulted in major changes in the way outbound international structures are planned. Below, please find a more detailed discussion of each aforementioned change.

The 2017 Tax Cuts and Jobs Act reduced the marginal tax brackets across the board for individual and corporate taxpayers. The highest tax bracket for individual taxpayers was reduced from 39.6 percent to 37 percent. Internal Revenue Code Section 199A reduced the income tax rates by an additional 7.4 percent to 29.6 percent for income received through pass through entities such as S corporations or partnerships. However, these reductions do not apply to international outbound tax planning. Finally, one of the central items of the Tax Cuts and Jobs Act was the reduction in the U.S. corporate income tax rate from 35 percent to 21 percent.

Effective for controlled foreign corporations’ (CFC) first taxable years beginning after December 31, 2017, in addition to subpart F inclusions, Internal Revenue Code Section 951A requires the U.S. shareholders of a CFC to include in the U.S. shareholder’s income an amount of its CFC’s income determined to be in excess of a specified return on the CFC’s investment in depreciable tangible property. GILTI was intended to impose a current year tax on income earned from intangible property and impose a tax on a 10 percent return on a CFC’s investment in tangible depreciable assets. However, GILTI is not limited to income from intangibles. GILTI taxes most foreign earnings at a rate of 13.125 percent. Under currently established authorities, the GILTI lower tax rate is based upon a 50 percent tax rate reduction that applies only to subchapter C corporations. The amount can be reduced to the extent that the entity has significant tangible property in its CFC. The GILTI also is eligible for an 80 percent foreign tax credit. Thus, a 13.125 percent credible foreign income tax offsets the 10.5 percent GILTI.

4. Foreign-Derived Intangible Income (“FDII”) Imposed on the Sale of Goods and/or Services to Foreign Customers

For U.S. subchapter C corporations that sell goods and/or provide services to foreign customers, there is a deduction pursuant to Internal Revenue Code Section 250 that reduces the effective tax rate on qualifying income to 13.125 percent.

The transfer of foreign goodwill and going concern to a foreign corporate subsidiary is now fully taxable and the applicable tax utilizes the “aggregate method” that takes into account the aggregate and combined value of the transferred goodwill. The GILTI tax rate is in effect at 13.125 percent for such transfers.

For choice of entity purposes, the favorable GILTI tax rate of 13.125 percent is now paired up with a favorable exemption on dividends from CFCs to U.S. corporate parents. This second level tax level payable on dividends by subchapter C corporations to U.S. individuals can be deferred indefinitely. Where funds are held in a U.S. C corporation, the personal holding company income tax does need to be addressed. Also, sales of stock by U.S. C corporations in CFC stock can be exempt from U.S. federal income tax under rules mirroring the foregoing dividend rules.

6. The Hybrid Provisions of the 2017 Tax Cuts and Jobs Act

The proposed regulations define the term hybrid to mean an amount received from a CFC for which a deduction would be allowed under Internal Revenue Code section 245(a) and for which the CFC received a deduction or other tax benefit in a foreign country. Hybrid dividends between CFCs with a common shareholder are treated as subpart F income.

B. Internal Revenue Code Section 267A

Internal Revenue Code Section 267A denies a deduction for any disqualified related party amount paid or accrued as a result of a hybrid transaction or by, or to, a hybrid entity. The statute defines a disqualified related party amount as any interest or royalty paid or accrued to a related party where there is no corresponding inclusion to the related party in the other tax jurisdiction or the related party is allowed a deduction with respect to such amount in the other tax jurisdiction. A “related party” includes any individual, corporation, partnership, trust, or estate, that directly or indirectly, controls or is controlled by the payor (or is controlled by the same person that controls the payor). Control is ownership of more than 50 percent (by vote or value) of the corporation’s stock or more than 50 percent (by value) of the beneficial interests in a partnership, trust, or estate.

The statute’s definition of a hybrid transaction is any transaction where there is a mismatch in tax treatment between the U.S. and other foreign jurisdiction. Similarly, a hybrid entity is any entity which is treated as fiscally transparent for US tax purposes but not for purposes of the foreign tax jurisdiction, or vice versa.

One favorable limitation on the no deduction rule is an exception that applies under the newly proposed regulations where the interest or royalty payment is fully taxable in the recipient jurisdiction at the applicable rate. The result is that the payment that is taxable at normally applicable tax rates in a relatively low income tax jurisdiction is not subject to reduction. Thus, given the 13.125 percent GILTI rate, a relatively low rate (e.g. 12.5 percent in Ireland) can be comparable with the new anti-hybrid rules. See IRC Sections 267A(a) and (b)(1)(B).

This section of this article will compare and contrast structures available for use in outbound investments after the enactment of the 2017 Tax Cuts and Jobs Act. I will then show how the basic tax changes discussed above has dramatically changed the way outbound tax structures are planned.

Individuals investing offshore can still utilize flow (e.g. partnerships or disregarded entities) through entities as an investment vehicle. Operational profits are taxed immediately. The new top tax rate for outbound investments is 37 percent. Foreign income taxes generally are permitted as foreign tax credits that directly reduce taxes to individual owners on a dollar for dollar basis subject to the limitations under Internal Revenue Code Section 904 (which requires foreign sourcing of income). Just as before the 2017 Tax Cuts and Jobs Act, if eligible for capital gains treatment, a sale of assets or foreign equity interests will be taxed at 23.8 percent in the U.S. This amount generally may be offset by foreign tax credits for foreign taxes. Taxable sales of capital gain assets can potentially deferred through tax-free restructurings under Internal Revenue Code Sections 351 (for contributions to corporations) or 731 (for contributions to partnerships).

The major advantage of flow through entities is they are relatively easy to set up. However, there are significant drawbacks if a U.S. person intends to hold shares of a CFC through a flow through entity. U.S. shareholders of CFCs must include GILTI as ordinary income. As discussed above, the current federal rate applicable to an individual is 37 percent and the current highest federal tax rate applicable to C corporations is 21 percent. In addition to a significantly lower corporate tax rate, corporate shareholders of CFCs are provided one other significant benefits that are not afforded to non-corporate shareholders: C corporations can deduct 50 percent of any GILTI inclusion. By holding CFC shares through a flow through entity, the owners of such a structure will likely pay significantly more federal taxes compared to options.

The subchapter C corporation option is the principal alternative to the above discussed flow through model. It avoids the immediate high taxation of earnings under GILTI and may achieve deferral of certain items income for U.S. federal tax purposes where foreign taxes are at least 13.125 percent. Dividends generally will not be taxed to shareholders until distributed.

As indicated above, C corporate structures can be utilized to reduce federal tax on GILTI inclusions. In general, the GILTI tax regime is considered to be a net income tax for all income exceeding a 10 percent return on foreign tangible personal property. This net income is eligible for an 80 percent foreign tax credit so that a 13.125 percent foreign income tax can offset the otherwise applicable 10.5 percent U.S. income tax on GILTI. Based upon the foregoing, corporations will have an incentive to reduce their effective CFC tax rate to 13.125. Since all CFCs are subject to the same 13.125 percent GILTI, companies will want to direct deductible interest and royalty payments to low tax jurisdictions (e.g. Ireland at 12.5 percent). Thus, moving intellectual property offshore (including foreign good will and going concern value that is now taxable) will be a viable tax planning strategy.

Any shareholder of an S corporation with with deferred foreign source income must carefully proceed to ensure that a trigger event does not take place.