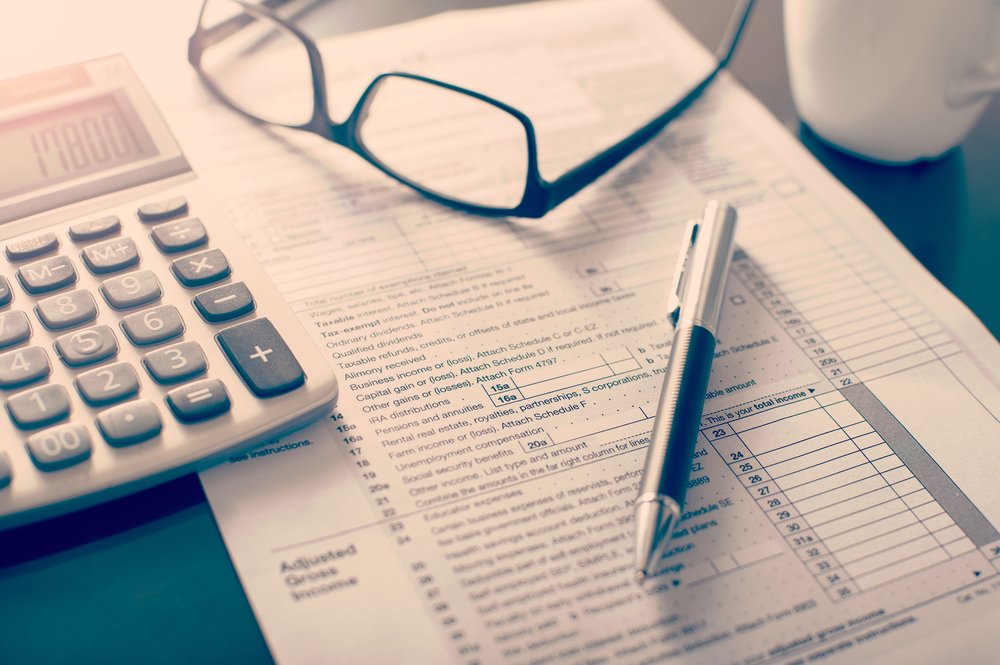 Of the world’s tax systems, most countries bases for taxation are residency and source of income. As a result, most global taxing jurisdictions tax residents only on income received from domestic sources. Income received from foreign sources is frequently exempted from local income tax. The United States, on the other hand, is fairly unique from a tax standpoint. This is because unlike most of the world, the U.S. taxes citizens and residents on worldwide income. Many foreign investors or foreigners working in the United States are surprised to learn how easy is it for them to become U.S. residents for tax purposes and be subject to U.S. income tax on worldwide income. In order to avoid being taxed as a U.S. resident, non-U.S. citizens must understand the basic rules as to how they can become a U.S. tax resident. These rules are promulgated in Internal Revenue Code Section 7701.

How An Alien Can Be Classified as a U.S. Tax Resident Under Either the “Green Card” or “Substantial Presence” Tests

Under Internal Revenue Code Section 7701(b), an alien may become a U.S. resident for U.S. federal income tax purposes under either the “green card” or “substantial presence” tests. Under the green card test, an alien is a resident alien with respect to a calendar year if the individual is a lawful permanent resident at any time during the calendar year. A lawful permanent resident is an individual who has been lawfully granted the privilege of residing permanently in the United States as an immigrant in accordance with the immigration laws. Resident status is deemed to continue unless it is rescinded or administratively or judicially determined to have been abandoned.

Under the substantial presence test of Internal Revenue Code 7701(b)(3), an alien  is a tax resident if: 1) such individual was present in the U.S. on at least thirty-one days during the calendar year, and 2) the sum of the number of days on which such individual was present in the U.S. during the current year and the two preceding calendar years (when multiplied by the applicable multiplier: current year – 1, first preceding year – ⅓, second preceding year – ⅙) equals or exceeds 183 days.

Now since it has been determined how an alien can become a U.S. tax resident, I will discuss two exceptions to the green card and substantial presence test. In certain situations, an alien can avoid being taxed as a U.S. resident under the “closer connection test” or a treaty tie breaker provision contained in many income tax treaties.

The Closer Connect Test an Exception to the Substantial Presence Test

An exception applies to U.S. residency applies if an alien is not present in the United States for 183 days or more in a testing year and can prove that he or she has a “tax home” in a foreign country and that he or she has a “closer connection” to a foreign country than to the United States. Tax home is defined as an individual’s regular or principal place of business, or if none, then the “regular place of abode in a real and substantial sense.” See IRC Section 162(a)(2). A “closer connection” is established by “more significant contacts.” Whether or not an alien has “more significant contacts” to a foreign country is determined on the facts and circumstances of each case. Treasury Regulation Section 301.7701(b)-2(d) discusses the facts and circumstances utilized to determine if an alien has “more significant contacts” to a foreign country than the United States. Factors that are considered is the location of the alien’s permanent home (immaterial whether a house, apartment or furnished room, or whether owned or rented, provided it is available to the alien at all times, continuously, and not solely for stays of short duration), family and personal belongings (such as automobiles, furniture, clothing, and jewelry owned by the alien and family); the location of social, political, cultural or religious organizations in which the alien is currently involved; the location where the alien conducts routine banking activities; the type of driver’s license held; the country of residence designated by the alien on various forms and documents. After taking into consideration the above factors, if an alien has a closer connection to a country other than the United States, the alien will not be classified as a U.S. tax resident for that particular year. This is the case even if the alien satisfied the above discussed substantial presence test.

The closer connection exception however is not available to an alien who has taken affirmative steps to change immigration status to that of a permanent resident during the year, or who has an application pending for adjustment of status. Such affirmative steps include, among other things, filing USCIS Form I-508 (Waiver of Immunities), Form I-485 (Application for Status as Permanent Resident) or Dept. of State Form OF-230 (Application for Immigration Visa and Alien Registration). See Treas. Reg. Section 301-7701(b)-2(e).

The Korean definition of a resident is found in Paragraph 1, Article 1 of the Korean Income Tax Law. This provision provides that a resident is:

“[a] person who holds his domicile in Korea or has held his temporary domicile in Korea for one year or more.” In Article 2 of the Korean Income Tax Law a “domicile shall be determined based on the objective facts such as a family living together and a property situated in Korea, and the abuse shall be the place where an individual stays for a substantial period but does not lead a normal life unlike a domicile.” The Presidential Degree also provides that “where an individual who resides in Korea has i) an occupation which requires more than one year of continuous stay in Korea or ii) has a family living together and is judged to reside for more than one year in light of his occupation and property, he shall be treated as having a domicile in Korea.” See Income Tax Act, art. 1, Para. 1 (Act No. 9672/2009) (Kor.).

On the other hand, Section 7701 of the Internal Revenue Code treats an alien as a U.S. resident where such an individual is 1) lawfully admitted for permanent residence or 2) meets the substantial presence test.

If it is determined that an alien has reached “dual status,” (he or she can be classified as a resident of the U.S. and a treaty country), the next step is to determine if the tie-breaker rule can be applied. The tie-breaker rule looks to determine which country an alien has a closer connection. Facts and circumstances to be considered (largely reminiscent of those used in the closer connection test) looks at factors such as permanent residence, vital interests, and citizenship. If after applying the facts and circumstances test, the end result is that the alien’s above discussed interests between the two countries are “equal,” the question as to the tie-breaker can be settled by “mutual agreement.”

Up until fairly recently there was very little judicial guidance regarding the “closer connection” test or a treaty-tie breaker provision. In 2014, the United States Tax Court briefly touched upon these concepts in Gerd Topsnik v. Commissioner, 143 T.C. No. 12 (2014). This case provided extremely valuable information in the area residency tax controversy. The facts in Topsnik stated as follows: the petitioner in this case was a German national applied for and obtained his green card in 1977. The German national presented himself to U.S. immigration authorities as a returning lawful permanent resident. In 2003, the German national renewed his green card status by filing a Form I-90 (“Application to Replace [Expiring] Permanent Residence Card”). The issue in this case was whether the German national was subject to U.S. taxation as a resident alien during the years at issue. The German national argued that he was a German resident during the years at issue and thus was exempt from U.S. taxation under Article 4 and 13 of the U.S.-German income tax treaties.

When the German national flew from Germany to the United States in 2002, he presented himself as a lawful permanent resident and submitted an affidavit stating that his purpose to the U.S. was to return to his home in Hawaii, where he was a partner of a business, and he traveled every six weeks on business.

After reviewing whether the German national had “substantial physical presence” in the Philippines, Thailand, the U.S., Canada, Germany, and a number of other countries in Asia and Africa, the court rendered its decision by providing an opinion of U.S. nationality of foreign persons versus U.S. persons. The Tax Court determined that the foreign national was a U.S. and not a German resident during the years at issue.

The Tax Court stated that green card status for federal income tax purposes is a function of federal income tax law and is only indirectly determined by immigration law. As a result, because the applicable law, both in the statute and regulations, specifically describe revocation or administratively or judicially determined to have been “abandoned,” the income tax regulations clearly state a resident status is deemed to continue unless a green card is rescinded or administratively or judicially determined to have been abandoned. As the income tax regulations promulgated for Internal Revenue Code Section 7701 state, if the German national initiates this determination, the filing of the Form I-407 is the moment at which the alien is considered to have abandoned green card status. The Tax Court also heavily relied on the evidence from the competent authority process.

The Tax Court addressed the German national’s U.S. contacts, as well as his non-U.S. contacts, in connection with weighing of all factors on whether or not this German national was a U.S. income tax resident. Even though the German national did not abandon his green card, the petitioner could have made an appropriate argument under the U.S.-German income tax treaty that he was a “dual status” taxpayer and the tie-breaker provision of the treaty demonstrated that he had a closer connection to Germany than the United States. However, based on the Tax Court’s opinion, the foreign national never reached “dual status” simply because he failed to demonstrate residency in Germany.

The Tax Court did not address the “closer connection test” and the “treaty tie-breaker” position contained in the U.S.-German income tax treaty. That is because this case lacked the appropriate facts to put into play a serious close call under either of the aforementioned tests. Topsnik is instructive to anyone considering utilizing the “closer connection test” or “treaty tie-breaker” position. Any considering utilizing these positions must understand that the IRS will likely utilize the competent authority process to gather information. The information gathered through the competent authority process will be used to determine if an alien can legitimately claim the “closer connect test” or a “treaty tie-breaker” provision. The world is becoming a much smaller place and more foreigners are coming to the U.S. to conduct business. There is no doubt that aliens attempting to utilize the closure connection test and treaty tie-breaker provisions will face greater scrutiny. In these cases, failing to proactively plan can be disastrous.