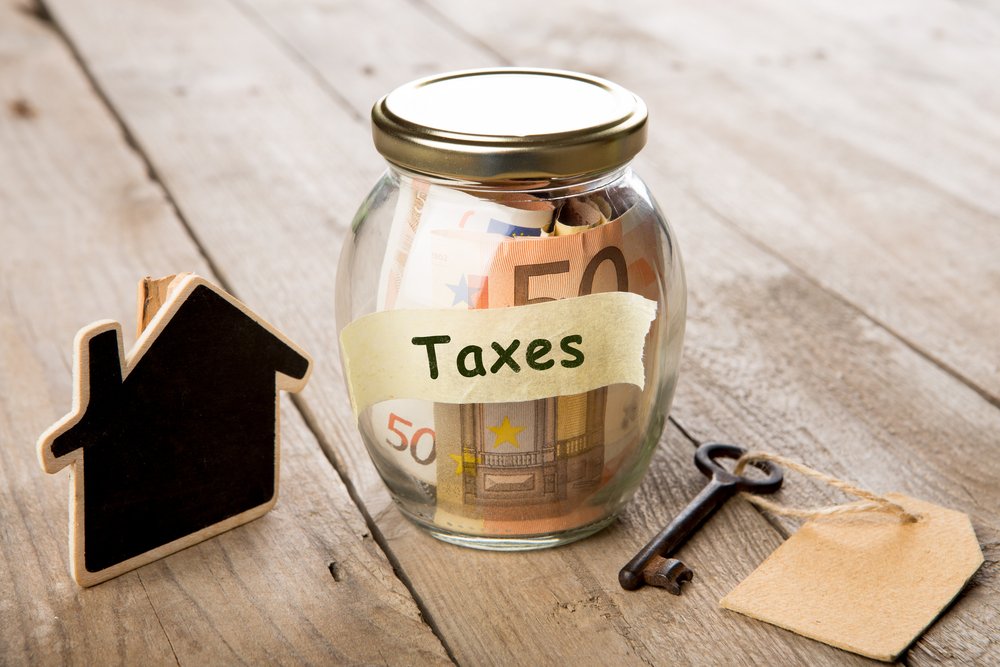 As a general matter, the Internal Revenue Code imposes a 30 percent withholding tax on U.S. sourced payments of interest to foreign persons if such interest income is not effectively connected with a U.S. trade or business of the payee. See IRC Sections 871(a)(1), 881(a)(1). U.S. payors of interest subject to this 30 percent withholding tax are required to withhold the 30 percent tax from the interest otherwise payable to the non-U.S. person and pay it to the Internal Revenue Service (“IRS”). Interest paid to foreign persons with respect to certain “portfolio debt instruments” is not subject to withholding tax. Portfolio interest received by a foreign corporation or nonresident alien individual is exempt from U.S. withholding tax. See IRC Sections 1441(c)(9) and 1442(a). Congress enacted the portfolio interest exemption in 1984, party in recognition of the widespread avoidance of U.S. taxes on portfolio interest.

To collect on a registered obligation, such as the Portfolio Debt Loan free of U.S. withholding tax, a foreign payee must provide the paying agent with a statement that 1) is signed by the beneficial owner under penalties of perjury; 2) certifies that such owner is not a U.S. person, and 3) provides the name and address of the beneficial owner (the “Payee Statement”). The Payee Statement would generally be valid for up to three years from the date provided unless the payee knows or has reason to know of a change that would affect the information provided on such form.

Is the Interest Received by a 10 Percent Shareholder

Is the Lender a Related Party CFC

The portfolio interest exemption does not apply to payment of interest to CFCs that are considered related persons with respect to the borrower. The applicable related party rules in this case are under Internal Revenue Code Section 267(b), and, like the 10 percent shareholder rules which only consider voting stock, these rules would consider two corporations to be related where a parent corporation owns more than 50 percent of the vote or value of the subsidiary corporation. See IRC Sections 864(d)(4), 267(b)(3), 267(f)(1), 1563(a)(1).

Careful consideration must be given in establishing any structure utilized in the cross-border loan transactions. Failure to do so may trigger unintended U.S. tax consequences.

Obtaining an Interest Deduction Under the New Section 163(j) Limitations

Internal Revenue Code Section 163(j) disallows any interest expense incurred by a taxpayer if the interest expense exceeds the sum of 1) business interest income; 2) 30 percent of the taxpayer’s adjusted taxable income; and 3) the floor plan financing interest of the taxpayer. In this context, adjusted taxable income (“ATI”) is similar to a taxpayer’s earnings before interest, taxes, depreciation, and amortization (“EBITDA”).

The general rule of the new Section 163(j) limits the deductibility of interest expense paid or accrued on debt properly allocable to a trade or business to the sum of business interest income, and 30 percent of “adjusted taxable income.” For these purposes, a rough estimate of what will be adjusted taxable income will be earnings before ATI; however, for tax years beginning in 2022, depreciation, amortization, and depletion are deducted from ATI before determining the limitation. Any deduction in excess of the limitation is carried forward and may be used in a subsequent year, subject to the limitations of Internal Revenue Code Section 163(j).

Congress exempted from the application of Section 163(j) taxpayers that have gross receipts that do not exceed $25 million. See IRC Section 163(j)(3). The small business exception is met where the person meets the $25 million gross receipts test of Internal Revenue Code Section 448(c), which essentially looks at whether average gross receipts for the three tax year period ending with the prior year exceeds $25 million. However, for purposes of applying these rules, certain aggregation rules will apply such that entities that are “under common control” will be aggregated for purposes of determining whether the $25 million threshold is met. The relevant tests to determine common control between entities generally looks for 50 percent minimum ownership thresholds and/or whether five or fewer persons own more than 50 percent of two or more entities. See IRC Sections 58(a), (b).

Even if the foreign investor’s gross receipts do not exceed $25 million, Section 163(j) may apply if the investor is considered a “tax shelter.” For purposes of Internal Revenue Code Section 163(j), a tax shelter includes any partnership, among other entities, where 35 percent or more of the losses of the partnership are allocable to limited partners.

Internal Revenue Code Section 448 uses Internal Revenue Code Section 461(i)(3)’s definition of “tax shelter,” which includes any “syndicate” under Section 1256. The Code’s definition of the term “syndicate” means any partnership or other entity (other than a corporation which is not an S corporation) if more than 35 percent of the losses of such entity during the taxable year are allocable to limited partners or limited entrepreneurs (within the meaning of IRC Section 461(k)(4). The reference to Section 461(k)(4) is to the definition of limited entrepreneur, which defines a limited entrepreneur as a person who has an interest in an entity other than as a limited partner and does not actively participate in the management of the enterprise.

Finally, Congress has provided a major exception to Section 163(j) for real estate trades or businesses within the meaning of Internal Revenue Code Section 469(c)(7)(C). These type of businesses can elect out of Section 163(j) treatment if the real estate trade or business elects to use the alternative depreciation system. See IRC Section 163(j)(10)(A). Generally, the Internal Revenue Code provides for two basic depreciation schemes: 1) an accelerated depreciation system; and 2) a straight-line depreciation system. Instead of allowing 100 percent expensing for capital assets used in a business in the year of acquisition, the amount used to acquire such property by a business is recovered through depreciation deductions. These deductions are designed to match the recognition of the expense to the periods in which the assets are consumed or used by the business.

For most real estate businesses, the vast majority of depreciation deductions recognized by a real estate business will be for real property, that is, buildings upon land depreciated over a shorter period of time and on an accelerated schedule. Thus, a qualifying real estate trade or business that elects out of application of Section 163(j) by electing to have the alternative depreciation does not give up much: the type of property it acquires (land and buildings) would not be entitled to accelerated, including bonus, depreciation. The Tax Cut and Jobs Act changes to Internal Revenue Code Section 168 includes allowances for “qualified improvement property,” which usually includes certain improvements to the interior of a building or certain equipment affixed to the exterior of a building. Such property, in some cases, would be eligible for bonus depreciation deductions. But such improvements also qualify for a separate depreciation scheme provided for in Internal Revenue Code Section 179.

Therefore, a taxpayer operating a real estate trade or business, which might be subject to the interest limitations of Section 163(j) should consider electing out of the application of Section 163(j). With that said, there is a “cost” to the election in that any electing real property trade or business must use the alternative depreciation system. This cost must be carefully weighed before an election is made.