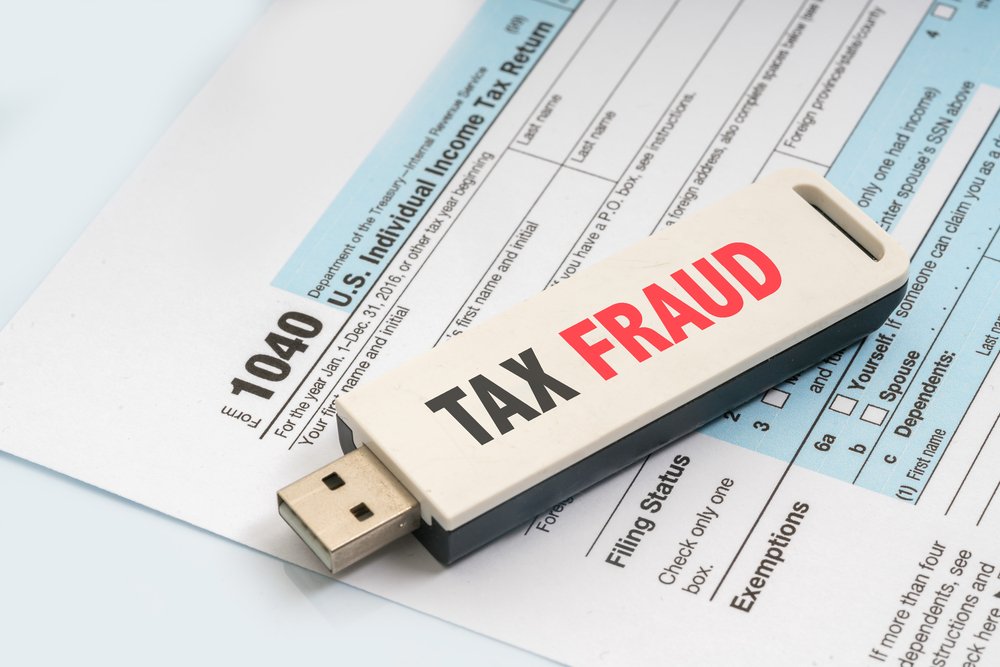 This article will trace a typical criminal tax fraud case through the administrative structure of the Internal Revenue Service (“IRS”) and the Department of Justice, beginning with the first contact by a special agent and ending with an indictment (an indictment is a criminal accusation that a person has committed a crime) in a court.
The reason we elected to discuss this process in our article is because we believe it is extremely important that anyone targeted in a criminal tax fraud investigation understands how the IRS conducts its investigations. The understanding of this process may ultimately significantly reduce an accused’s prosecutorial exposure to a criminal tax crime.

By way of background, it is important to understand that relatively few cases involving criminal tax evasion are actually criminally prosecuted by the government. Even though relatively few cases involving tax evasions are actually prosecuted, the potential threat of criminal prosecution should be taken seriously by anyone accused of tax fraud by the IRS. Anyone being investigated by the IRS for tax fraud should understand the structure of the IRS and how the IRS operates. An individual under investigation by the IRS cannot be properly prepared for such an investigation unless he or she is familiar with the process. Within the IRS, there is a special unit that investigates criminal tax cases. This unit is known as the Criminal Investigation Division (“CID”). Most criminal tax cases do not begin in CID. Rather, most criminal tax fraud cases are referred to CID by IRS civil auditors. Investigations conducted by CID are criminal investigations, not civil tax audits. The investigation of tax crimes involves different elements than a typical criminal case.

Typically, a CID investigation begins with a surprise interview by one or two special agents from CID assigned to an individual being criminally investigated for tax fraud. Many make the fatal mistake of talking to these agents. Any statements made to a CID agent could have devastating consequences. For example, a CID agent may believe that a statement made by an accused during an investigation is false or misleading.  A false or misleading statement made after the filing of a tax return is itself a willful attempt to evade tax and could result in criminal charges separate from the case being investigated. A false or misleading statement can also extend the statute of limitations for purposes of criminal prosecution. In addition, such a statement can be used as evidence to infer willfulness which can make it easier for the government to prosecute a case. Furthermore, a statement made to a CID agent may constitute an admission which can be used against an accused in a potential subsequent criminal trial. To make matters worse, a CID agent may investigate an accused for non-tax crimes, such as money laundering, mail or wire fraud, honest services fraud, or RICO (the Racketeer Influence and Corrupt Organizations Act of 1970). Any statement to a CID agent can be used to bring criminal charges to these crimes, as well as tax crimes.

The Criminal Division of the IRS

CID is the criminal investigation arm of the IRS. It is a division from which special agents apply their trade. As an investigative unit, CID is probably best in the government in terms of experience, specialized training, available technical assistance, and investigative authority. Anyone who underestimates a CID special agent knows very little about them. Do not underestimate them. Assume that they will discover what they should discover. Also assume that CID will probably arrive at their conclusion professionally,unmoved by personal emotions.

Joint Investigations: The Special Agent and the Revenue Agent

When the special agent has completed his or her investigation, he or she will do so in a detailed report. This report is somewhat similar to a civil revenue agent’s report in the sense that it will refer to and calculate a tax deficiency with the necessary documents and explanations attached. But it more closely resembles a trial brief, containing statements of witnesses documents in exhibit form, and a statement of the proofs on the question of willfulness for purposes of proving a tax crime. This report will also contain detailed and compelling exhibits. The thoroughness and detail of a special agent’s report makes overcoming the report difficult to overcome.

Before the CID special agent makes his or her recommendation, the individual under investigation and his or her criminal tax attorney will usually be invited to discuss the proposed recommendation for criminal prosecution at a conference. It is the policy of IRS CID to provide this conference opportunity, but an individual accused of a tax crime does not have a “right” to insist on this conference or to complain that it was not provided.

The IRS participants at this conference are usually the special agent and a group chief. The alleged purpose of this conference is to provide an accused with an opportunity to present defensive material in the hopes of avoiding an adverse recommendation. However, the IRS often utilizes the conference to tie up the loose ends of its investigation and to determine whether an individual accused of tax fraud or a tax crime has developed some specific defense. Typically, very little meaningful information will be conveyed by the IRS during such a conference other than the nature of the alleged criminal violations and the method used to prove a tax deficiency. It is seldom that a conference with a CID special agent and the group manager will be profitable. This is because typically, the special agent and group chief have already made up their minds that a criminal case should be recommended and they will only change their opinion if their original view of the case is shaken by new facts. Arguments that the evidence gathered by the special agent is in violation of a Constitutional right will usually fall on deaf ears at this stage.

The opportunity to appear before the Department of Justice cannot be considered by the defense as simply a final, free swing at the CID special agent’s report. Any statements made by counsel before the Department of Justice may be considered admissions of the accused through an authorized representative by the courts. These reviews are not discovery proceedings, or hearings before an impartial judge. Instead, it is a presentation to an adversary. Nevertheless, the opportunity to end a tax fraud case before indictment is an unmeasurable opportunity. See Criminal Tax Fraud Representing the Taxpayer Before Trial, George Crowley and Richaward Manning (1976).

The arguments a criminal tax attorney makes at this level must be made as one professional to another, without emotional appeals, without comment on the CID special agent’s intellectual capacity, or complaints of harassment. What is required at this level are arguments directed towards a dispassionate assessment of the evidence which can convincingly explain how a seasoned criminal tax investigator made unproven assumptions, or leaped to an erroneous conclusion, or failed to evaluate defensive evidence properly. Defense counsel is not appealing to a jury and attempting to persuade them his or her client is innocent. Instead, at this level, a criminal tax attorney is making a presentation to an adversary who must be convinced that serious trial problems may be presented if this case moves forward to a U.S. district court.

If a criminal tax case cannot be successfully resolved with the Department of Justice, the case is usually transferred to a local United States Attorney to make any independent judgment whether to seek an indictment or not. The United States Attorney usually receives the file with instructions to secure an indictment, although they will on occasion return the matter to the IRS or Department of Justice for further investigation or present the case to a grand jury to determine whether unreliable or inconsistent witnesses will ultimately defeat the case.

Winning or losing at the IRS investigative levels of a criminal tax fraud case depends to a large extent on the actual facts of the case. However, this is one of the few areas of the criminal law where the most vital and damaging facts are consistently developed from the individual targeted by the IRS through voluntary statements, delivery of records, and the offer of weak defenses. This allows the IRS to pull together various inferences, assumptions, and presumptions to build a compelling case for tax fraud against the targeted individual. If you are being invested by the IRS, do not hurl yourself into your own funeral pyre or remain silent at your own peril, immediately contact a criminal tax attorney. The value of a qualified criminal tax attorney in an IRS criminal investigation is inestimable.