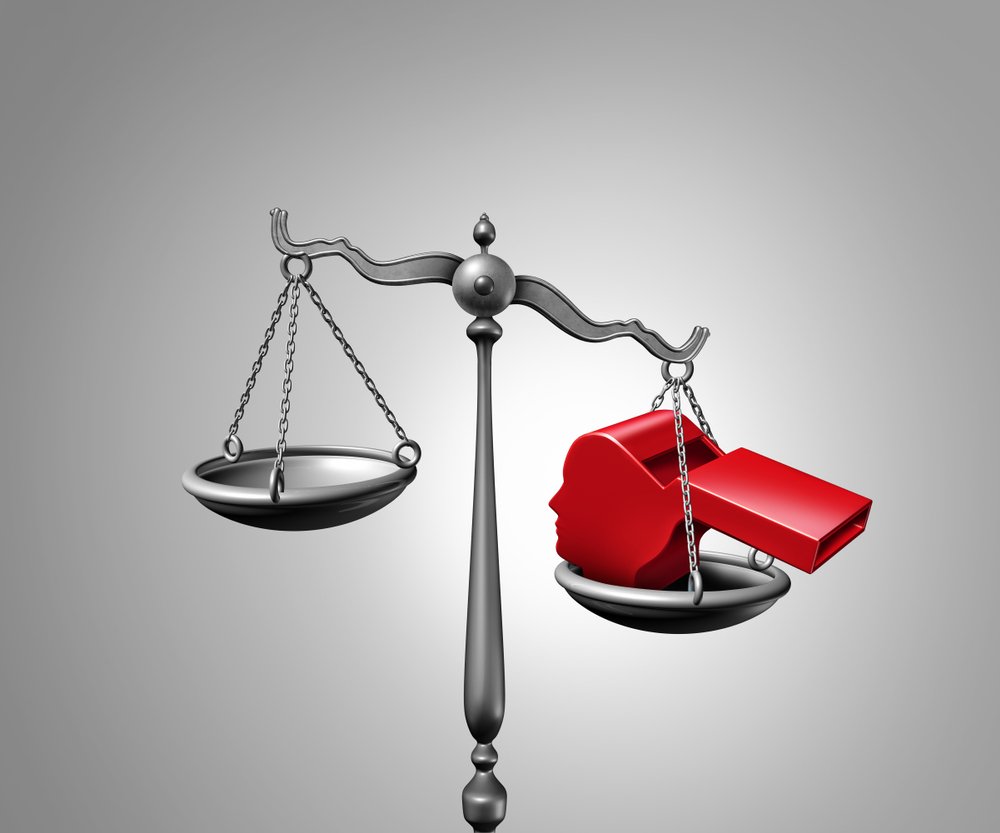 Let’s suppose that John has been a tax attorney at a law firm owned by Bob for the last 25 years. Bob has enjoyed a reputation for being a very successful tax attorney in Miami, Florida for many years. Everything was going nicely until John noticed that Bob was cheating on his own tax returns to fund his lavish lifestyle. To make matters worse, in order to increase business, Bob demanded that John file frivolous refund claims on behalf of the firm’s clients with the Internal Revenue Service (“IRS”).  It turns out that Bob had been filing fraudulent refund claims on behalf of clients for years. John declined to take any part in the filing of frivolous refund claims with the IRS. This resulted in his discharge from the firm.

John was furious and decided to blow the whistle on Bob. As a tax attorney, John knows that the IRS has a whistleblower program that pays money to people who blow the whistle on persons who fail to pay the tax that they owe. As such, if the IRS uses information provided by John, the “whistleblower,” he can be awarded up to 30 percent of the tax, penalties, and interest assessed and collected from Bob. John may have another very powerful weapon. John may consider utilizing the Federal False Claims Act (“FCA”) in connection with the fraudulent refund claims filed with the IRS. While it is true, the FCA has traditionally not been permitted in tax whistleblower cases, the FCA may potentially be utilized in tax related fraud cases. In this case, not only was Bob cheating on his personal tax obligations to the IRS, Bob also caused others to file fraudulent refund claims with the IRS. Thus, in addition to a whistleblower claim, John may potentially bring a claim under the FCA.

The FCA imposes civil liability on a person who “knowingly presents or causes to be presented, [to the United States] a false or fraudulent claim for payment or approval.” The “knowingly” requirement may be actual knowledge, deliberate ignorance, or reckless disregard of the truth or falsity of the information submitted. The FCA states that the government may recover damages for false claims dating back six years. However, realtors may have up to 10 year look-back period. See Cochise Consultancy, Inc. v. United States ex rel. Hunt, ____ U.S. ____, 139 S. Ct. 1507, 1511 (2019). (citations omitted). The relator need not show they were personally harmed by a defendant’s conduct, but they must have personal knowledge and specific evidence of the fraudulent conduct.

FCA cases have their origins in “qui tam” cases. The term “qui tam” is an abbreviation of the Latin phrase qui tam pro domino rege quam pro se ipso in hac parte sequitur meaning, “he who uses in this matter for the king as well as for himself.” During the Civil War, Congress sought ways to reduce fraud perpetrated by fraudulent vendors of defective merchandise and apavined mules. In 1963, the FCA was enacted. The law permits private citizens to file actions against government contractors or vendors claiming fraud against the government. If the case is successful, then the relator may share in the percentage of the recovery. The FCA was strengthened in 1986 in to reports of price gouging by military contractors. Under current law, the FCA assesses liability on “any person” who “knowingly presents, or causes to be presented, to an officer or employee of the United States government..a false or fraudulent claim for payment or approval.”

Although an FCA action may be commenced by the government itself, more commonly, it is commenced by the relator filing suit “for the person and for the United States government” against the false claimant “in the name of the government.” See 31 U.S.C. Section 3730(b)(1). When the relator files suit, he must deliver a copy of the complaint and all supporting evidence to the Department of Justice, which has 60 days to intervene in the action. If it does so, then the DOJ assumes primary responsibility for prosecuting the action though the relator may continue to participate through counsel. If the government declines, the relator may continue the action. See 31 U.S.C. Sections 3730(b)(4)(B), (c)(3). Defendants are potentially liable for triple damages, attorney fees and under the FCA whistleblowers can receive 15 to 30 percent of what they recoup from the wrongdoer. In the above example, Bob defrauded the United States by “knowingly presenting or causing to be presented” to the United States false or fraudulent claim for payment of money.

Thus, if John properly filed an FCA claim, he may receive between 15 to 30 percent of the amounts of the fraudulent IRS refund claims initiated by Bob for the past ten years. The FCA amounts recovered by John may be in addition to any IRS whistleblower monies received from the IRS and any claims for wrongful termination.

Anyone considering filing a whistleblower claim with the IRS should have an attorney review the facts and circumstances of his or her case to determine if an FCA claim can also be prosecuted. The Firm of Diosdi Ching & Liu, LLP represents taxpayers in both whistleblower and FCA cases.