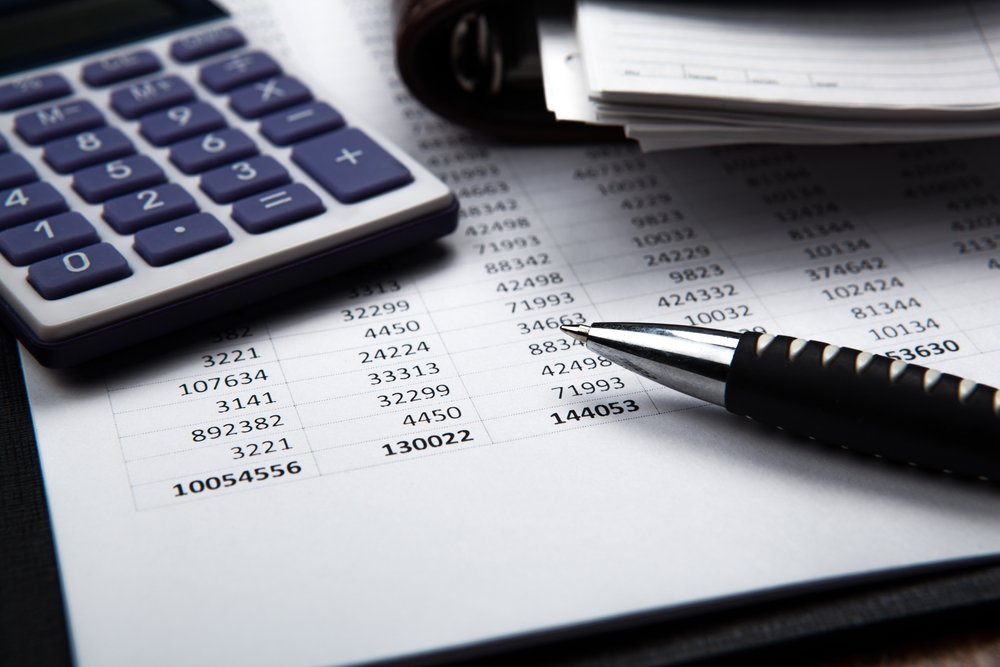 Congress enacted Internal Revenue Code Section 482 to ensure that related corporations report and pay tax on their actual share of income arising from controlled transactions. The regulations under Section 482 adopt an arm’s-length standard for evaluating the appropriateness of a transfer price. Under this standard, a taxpayer should realize the same amount of income from a controlled transaction as an uncontrolled party would have realized from a similar transaction under similar circumstances.

To arrive at an arm’s length result, the taxpayer must select and apply the method that provides the most reliable estimate of an arm’s-length price. The reliability of a pricing method is primarily a function of the degree of comparability between the controlled and uncontrolled transaction. The regulations under Section 482 provide specific methods for determining an arm’s length transfer price for various types of transactions, including transfers of tangible property, transfers of intangible property, loans, and services. The regulations provide five specified methods for estimating an arm’s length charge for transfers of tangible property, including the comparable uncontrolled price method, the resale price method, the cost plus method, the transactional net margin method, and the transactional profit split method. In addition to the five specified methods, the taxpayer also has the option of using an unspecified method. However, an unspecified method can only be used if it provides the most reliable estimate of an arm’s-length price.

The purpose of Internal Revenue Code Section 482 is to ensure that taxpayers report and pay tax on their actual share of income arising from controlled transactions. To this end, the regulations under Section 482 adopt a so-called arm’s length standard for evaluating the appropriateness of a transfer price. Under this standard, a taxpayer should realize the same amount of income from a controlled transaction as an uncontrolled party would have realized from a similar transaction under the same or nearly identical situations.

To arrive at an arm’s length result, the taxpayer must select and apply a method that provides the most reliable estimate of an arm’s length price. Thus, the primary focus in selecting a transfer pricing method is the reliability of the result. The reliability of a pricing method is determined by the degree of comparability between the controlled and uncontrolled transactions, as well as the quality of the data and the assumptions used in the analysis. The principal factors to consider in assessing the comparability of controlled and uncontrolled transactions include:

5. Nature of the property or services transferred in the transaction.

A transfer of tangible property is the type of transaction traditionally considered when evaluating a company’s transfer pricing practices. In many cases, multinational company involved in a cross border transaction involving tangible property must estimate an arm’s length charge utilizing one of the theories discussed in more detail below. We will now walk through the different theories for determining the arm’s length transfer of tangibles.

The first method for determining the arm’s length value of a tangible is the comparable uncontrolled price (“CUP”) method. The CUP method generally provides the most direct and reliable measure of an arm’s length transfer. It may be used if the same tangible property is transferred in both the controlled and uncontrolled transactions and only minor differences exist between the uncontrolled and the controlled transactions, provided that these differences have a definite and reasonably ascertainable effect on pricing and that appropriate adjustments are made for them.

The CUP method ordinarily is the most reliable method for estimating an arm’s-length price if there are only minor differences between the controlled and uncontrolled transactions for which appropriate adjustments can be made. See Treas. Reg. Section 1.482-3(b)(2)(ii)(A).

Orange, a domestic corporation, owns 100 percent of peach, a Mexican corporation. Orange manufacturers computers at a cost of $500 per computer and sells computers to unrelated distributors at a price of $750 per computer. Orange also sells computers to Peach, which then resells the computers to unrelated foreign customers for $850 each. The conditions of Orange’s sales to Peach are essentially equivalent to those of the sales made to unrelated foreign distributors. Because information is available regarding comparable uncontrolled sales, Orange and Peach should use the CUP method. Under this method, the estimate of the arm’s length price is $750.

In assessing the comparability of controlled and uncontrolled sales for purposes of the CUP method, the most important factor is product similarity. Other significant factors include the similarity of contract terms and economic conditions. See Treas. Reg. Section 1.482-3(b)(2)(ii)(A).

Orange, a domestic corporation, owns 100 percent of Bibeer, a Canadian corporation. Acme manufactures computers at a cost of $1,000 per computer and sells the computers to Bibeer, which resells the computers to unrelated foreign customers for $1,500 each. Independent foreign distributors typically earn commissions of 10 percent (expressed as a percentage of the resale price) on the purchase and resale of products comparable to those produced by Orange. Under the resale method, the estimate of the arm’s length price is $1,350 [$1,500 – (10% x $1,500)].

Below, please see Illustration 3 which demonstrates the Cost Plus Method for transfer pricing purposes.

Craftman, a domestic corporation, owns 100 percent of Toolsareus, a foreign corporation. Toolsareus manufactures power tools at a cost of $60 each and sells them to Craftman. Craftman attaches its trade name to the power tool (which has a significant effect on their resale price) and resells them to unrelated customers in the United States for $100 each. Independent foreign manufacturers producing similar power tools typically earn a gross profit markup of 20 percent. Under the cost plus method, the estimate of the arm’s length price is $72 [$60 + (20% x $60)].

Under this method, the profitability of comparable companies is used as a benchmark for determining an arm’s length net profit for one of the controlled parties (the “tested party”) and then a transfer price is established that leaves the tested party with the amount of net profit. See Treas. Reg. Section 1.482-5(b)(1). The methodology for developing an arm’s length profit involves the following seven steps:

E, a foreign corporation, owns 100 percent of U, a domestic corporation. E manufactures consumer products for worldwide distribution. U imports E’s finished goods for resale in the United States. U’s average financial results for the last three years are as follows:

U is selected as the tested party because it engages in activities that are less complex than that of E. An analysis of seven comparable uncontrolled U.S. distributors indicates that the ratio of operating profits to sales is the most appropriate PLI. after adjustments have been made to account for material different between U and the uncontrolled distributors, the average ratio of operating profit to sales for each uncontrolled distributor is as follows: 3%, 4%, 4.5%, 5%, 4%, 6%, and 7%.

The arm’s length of PLIs is from 4% to 6% (the interquartile range includes the PLI at which 25 percent of the results are at or below and 75 percent of the results are at or below) with the median at 5 percent. The PLI of operating profits to sales for U is only 2 percent ($1 million of operating profits divided by $50 million of sales), which is below the low part of the range. Applying these percentages to U sales of $50 million yields an arm’s length range of comparable operating profits of $2 million to $3 million with a median of $2.5 million.

Because U reported operating profit of $1 million lies outside the arm’s length range, an adjustment is required. The median of the interquartile range of comparable operating profits (i.e., $2.5 million) is determined to be the arm’s length profit for U. Therefore, the transfer prices that U pays E for its inventory are reduced by $1.5, which equals the difference between U’s reported profit of $1 million and the arm’s length profit of $2.5 million. This adjustment increases U’s U.S. taxable income by $1.5 million per year, with a corresponding decrease in E’s taxable income.

Treasury Regulation Section 1.482-6 describes transactional profit split methods. The basic approach of a transactional split method is to estimate an arm’s length return by 1) comparing the relative economic contributions that the parties make to the success of a business venture and 2) dividing the returns from that venture between them on the basis of the relative value of such contributions. The relative value of each controlled taxpayer’s contribution to the success of the relevant business activity must be determined in a manner that reflects the functions performed, risks assumed, and resources employed by each participant in the relevant business activity, consistent with the comparability provisions of Treasury Regulation Section 1.482-1(d)(3). Such an allocation is intended to the division of profit or loss that would result from an arrangement between uncontrolled taxpayers, each performing functions similar to those of the various controlled taxpayers engaged in the relevant business activity.

The residual profit split method determines an arm’s length consideration in a two-step process, using the other methods discussed above, market returns for routine functions are estimated and allocated to the parties that performed them. The remaining, residual amount is then allocated between the parties on the assumption that this residual is attributable to property contributed to the activity by the controlled taxpayers. Using this assumption, the residual is divided based on the estimate of the relative value of the parties’ contributions of such property. Since the fair market value of the intangible property usually will not be readily ascertainable, other measures of the relative values of intangible property may be used, including capitalized intangible development expenses. The transactional profit split method is the most complicated of the specified pricing methods for transfers of tangible property and, therefore, is difficult to apply in practice.

1. An overview of the business.

2. A description of the organizational structure covering all related parties engaged in potentially relevant transactions.

Prior to executing a transfer pricing arrangement, counsel should gather, prepare and review the following with his or her client:

1. Any documentation required by the regulations of Section 482;

2. A description of the pricing method selected and an explanation of why that method was selected;

3. A description of the alternative methods that were considered and an explanation of why that method was not selected;

4. A description of the controlled transactions;

5. A description of the comparables used.

6. An explanation of the economic analysis and projections used in the pricing transfer method selected.

Selecting the proper method of transfer pricing is no easy task. We devote a large part of our practice to the U.S. federal income tax rules applicable to U.S. businesses operating outside the United States, as well as foreign companies investing in the United States.