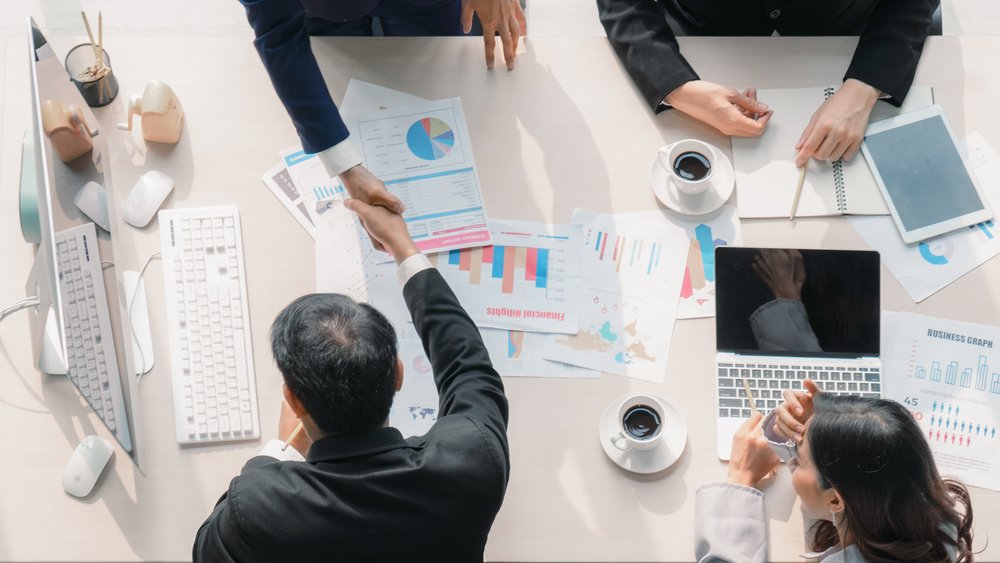 The federal tax code provides for tax free mergers and acquisitions in certain situations. In tax-free mergers, the acquiring company uses its stock as a significant portion of the consideration paid to the acquired company. The purpose of the statutory non-recognition of gain or loss from reorganization transactions, as indicated by the legislative history, was in part to prevent losses being established by bondholders, as well as stockholders, who received new securities without substantially changing their original investment.

(All) Four conditions must be met to qualify a transaction for tax-free treatment under Internal Revenue Code (IRC) Section 368.

1. Continuity of Ownership Interest doctrine – The continuity of ownership interest rule was introduced by the United States Supreme Court in Pinellas Ice & Gold Storagw v. Comm’r, 287 U.S. 462 (1933). Since Pinellas, it has been judicially recognized that a transaction may not qualify as a tax free reorganization under the various revenue acts, even though the literal language of the statute is satisfied, unless the proprietary interest after the transaction rests in the same persons as immediately prior to the transaction.

The issue turned on whether taxpayers’ exchange of their guaranty stock in Commerce for their passbook savings accounts and certificates of deposit in Citizens satisfied the continuity of ownership interest requirement.

The Court found that taxpayers failed to satisfy the continuity of interest requirement because obtained equity in the reorganized enterprise was not a substantial part of the value of the “guaranty stock” which was given up. In 1 exchange for their guaranty stock in Commerce, they received essentially cash with an insubstantial equity interest.

Worked: In Penrod et al v. Comm’r, 88 T.C. 1415 (1987) Ps and J owned stock in corporations which operated fast food restaurants pursuant to franchise agreements with M Corp. J owned the majority of stock of such corporations and generally acted as the leader of the group in business matters. J and M Corp. negotiated an acquisition agreement under which M Corp. would issue unregistered common stock in exchange for the stock of corporations owned by J and Ps. Such agreement was executed on May 15, 1975.

HELD: J did not intend to sell his M Corp. stock at the time of its acquisition. The acquisition and subsequent sale o f M Corp. stock were not part of a pre-arranged plan to ‘cash out‘ J’s investment in M Corp. Ps under these circumstances maintained the continuity of interest necessary for the acquisition to qualify as a reorganization under IRC 368 (a).

Didn’t Work: In Honbarrier v. Comm’r, 115 T.C. 300 (2000) H was the sole shareholder of P. P was engaged in the business of hauling packaged freight in trucks. Its trucking operations were terminated in 1988. By 1990, P had sold its operating assets. P invested the proceeds from the sale of its operating assets in tax-exempt bonds and a municipal bond fund.

C was a privately held trucking company that operated as a bulk carrier of chemicals. The majority of C’s stock was owned by H.

Worked: In Payne v. Comm’r, T.C. Memo 2003-90, Prior to and during the audit years (1989 and 1990), P practiced law in Houston, Texas. He was also involved in the real estate business through his investment in P & P, Inc. Prior to 1989, P provided legal services to X, Inc., which operated a topless dance club in Houston, and to H, a 50–percent shareholder of X, Inc., and manager of the club. In payment of the overdue fees for those services, P acquired most of the assets and all of the stock of X, Inc., and he assumed management control of the club. P leased the assets back to X, Inc., for use by the club. In November 1990, after securing a permit to continue to conduct a sexually oriented business at the club’s premises and a mixed beverage permit (liquor license) for Y, Inc. (also wholly owned by P) at such premises, P caused the club’s operation and assets (including the leased assets) to be transferred from X, Inc., to Y, Inc.

The IRS disputed that a tax free organization (under IRC 368) occurred as P had contemplated selling the club to Y, Inc. prior to transferring the club’s operations f from X, Inc. to Y Inc. under IRC 368 (a)(1)(D).

Worked: To assure continued air charter and repair services to first corporation, whose business heavily depended upon reliable air service, and to preserve first corporation’s and stockholder’s goodwill and business reputation, were sufficient business purposes for a valid reorganization of two corporations standing in a brother/sister corporation relationship. Appeal of Laure, 653 F.2d 253 (1981)

Didn’t work: In Wortham Machinery Company v. U.S. 521 F.2d 160 (1975) Madera had a short and unprofitable existence. It made, but did not sell, one hydraulic ditcher, and made two forklift attachments, one of which was sold. It stopped manufacturing in November, 1966, and had no employees after May, 1968. In December, 1968, Madera transferred all of its assets and liabilities to Wortham in exchange for 20 shares of Wortham’s common stock. At the time of the exchange the fair market value of Madera’s assets was $19,537 and its liabilities amounted to $40,331. The book value of the 20 shares of Wortham stock was $1,600. These 20 shares were equally divided between James and William Norris in exchange for their Madera shares

4. Step-Transaction – The transaction cannot be part of a larger plan that, taken in its entirety, would constitute a taxable acquisition. The step transaction doctrine will be invoked if it appears that a series of formally separate steps are really pre-arranged parts of a single transaction intended from the outset to reach the ultimate result.

Didn’t Work: In Heintz v. Commnr, 25 T.C. 132 (1955) the Tax Court considered whether to step the transactions in an acquisitive reorganization. In Heintz, the taxpayers were stockholders in Jack & Heintz, a manufacturer of arms and ammunition during World War II. At the war’s end, it was determined that the business should be sold, rather than to try to reorganize its production for peacetime. It was sold to the Precision Corporation, which had been formed to acquire Jack & Heintz. On March 5, 1946, Precision acquired almost all the outstanding shares of Jack & Heintz from the taxpayers for $5 million in cash and 60,000 shares of $50 par value preferred stock of Precision. On March 6, 1946, Precision merged its newly acquired subsidiary with itself. At the time the deal was being negotiated, two of the parties representing the buyers assured the taxpayers that the Precision shares to be received by them as part payment would be sold in a public offering planned for 30 days after the merger. Such promise was not memorialized in the 35-page written agreement covering the whole transaction. Due to unforeseen delays, the contemplated registration and sale of the preferred shares did not occur, but the buyers helped arrange a private sale at which the taxpayers sold their stock for $30 per share in August 1946. The Court applied the step transaction doctrine and held that no reorganization occurred. The Court found that:

‘The terms of the instant plan did not contemplate the petitioners’ maintenance of a proprietary interest in the continuing corporation. * * * [P] etitioners wished to dispose of their entire interest in Jack & Heintz, Inc. * * * [T]hey settled for cash plus preferred stock * * * only after obtaining the promise of the promoters of * * * [the] purchasing corporation that their preferred stock in that corporation would be sold together with a public offering of that corporation’s stock within 30 days.’

Summary: Effectuating a successful tax-free reorganization under IRC 368 can be tricky. As set forth aboe, all four (4) requirements must be met to qualify for tax free treatment under IRC 368. If any of the four are absent, the merger and/or acquisition would fail. Careful planning is advisable prior to any Section 368 reorganization.